Home WarZone It’s Always About The Money So On With This REVOLUTION! 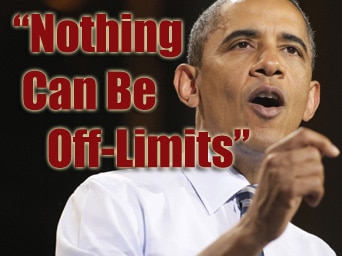 As the August 2nd deadline fast approaches to raise the government-borrowing limit, President Obama called on Congress two days before this Independence Day to make a deal and announced, “Nothing can be off-limits…We’ve got to cut the deficit.” [1]

Republican Senator Dan Coats responded, “It’s time for bold action and a new plan to address our current crisis” and that it was time for the government to “stop spending money we don’t have and to enact policies that will grow our economy and get Americans back to work.” [Ibid]

Two hundred and thirty five years ago to this 4th of July, America’s Founding Fathers established the following principals and truths to be self-evident: that all PEOPLE are created equal; that they are endowed by their creator with certain unalienable RIGHTS; that, among these, are life, liberty and the pursuit of happiness; that, to secure these RIGHTS, governments are instituted among PEOPLE, deriving their just powers from the consent of the governed; and, whenever any form of government becomes destructive of these ends, it is the RIGHT of the people to alter or to abolish it.

The Declaration of Independence of 4 July 1776,  indicted a government that engaged in barbaric conduct contrary to the laws of Humanity that included “works of death, destruction and tyranny unparalleled in the most barbaric ages” that is until the Age of Now!

Where ever we lay our money down reflects our heart and mind and citizens of conscience comprehend that budgets are moral documents.

Obama’s 2012 budget request to Congress not just adds to our current debt of $14.3 trillion but Obama’s $3.7 Trillion Budget Calls for Military Spending Increases and Deep Cuts to Social Service Programs!

“Any nation that year after year continues to raise the Defense budget while cutting social programs to the neediest is a nation approaching spiritual death.”-Rev. MLK

Obama’s budget adds another $3.075 billion in military aid to Israel although Israel has consistently misused U.S. Made weapons in violation of America’s Arms Export and Control and Foreign Assistance Acts and in spite of the fact that everywhere except in this republic the 44 years of military occupation of Palestine is viewed as a US-Israeli collaboration!

Khalid Sheikh Mohammad involvement in the terror upon America, “By his own account…stemmed from his violent disagreement with U.S. foreign policy favoring Israel.” [2]

Abdulmutallab’s attempt to blow up a plane on Christmas Day in 2009, was fueled by “his sympathies toward the Palestinians and anger over Israel’s actions in Gaza.” [Ibid]

President ‘Nuclear Free World’ Obama’s FY 2012 for the National Nuclear Security Administration includes 7.6 billion for nuclear weapons research and production, which is 8.4% above his FY 2011 request and 19% above his FY 2010 request.

Funding for a new “Uranium Processing Facility” for production of thermonuclear secondaries at the Y-12 production plant near Oak Park Ridge, TN, is proposed to increase to $160.2 million from $115 million in FY 2011.

Obama’s FY 2012 budget request also creates a new Life Extension Program for the B61 warhead funded at $223.6 million, even though that gravity bomb’s original mission of forward deployment in Europe against a Soviet threat vanished at the end of the Cold War.

Life Extension Programs extend the service lives of existing nuclear weapons for three decades or more, in contradiction to our declared national security goal of a future world free of nuclear weapons, and it also endows them with new military capabilities. [3]

Life Extension Programs also undermine sound national security by introducing major changes to America’s existing nuclear weapons stockpile that had been extensively tested and known to be most reliable weapons of mass destruction. 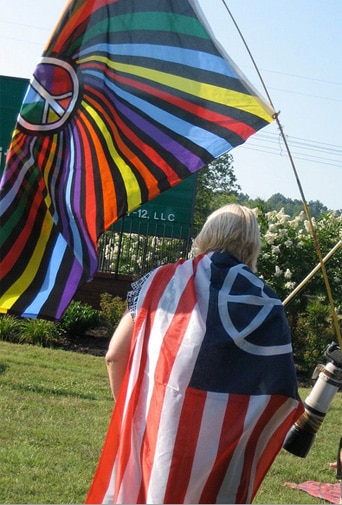 “The dominant mission of Y-12 today is the production of new and or/refurbished thermonuclear secondaries for existing US nuclear warheads as part of the Stockpile Life Extension Program [LEP]. These include life extension upgrades to the W-76 that will result in the W-76 Modification 1, a warhead with new military capabilities.”-[4]
“All W-76 and W-76-1 thermonuclear secondaries produced at Y-12 are designed and produced to unleash 100 KT of uncontrollable and indiscriminate heat, blast and radiation, six times more than the Hiroshima Bomb.” [5]

On 8 July 1996, the International Court of Justice issued the statement:

“The destructive power of nuclear weapons cannot be contained in either space or time. They have the potential to destroy all civilization and the entire ecosystem of the planet.”

States have obligations. People have rights.

“Eliminating nuclear weapons is the democratic wish of the world’s people…squandering billions of dollars on modernization of nuclear [weapons, makes] a mockery of United Nations disarmament pledges. If we allow this madness to continue, the eventual use of these instruments of terror seems all but inevitable.

“The nuclear power crisis at Japan’s Fukushima power plant has served as a dreadful reminder that events thought unlikely can and do happen…it must not take another Hiroshima or Nagasaki – or an even greater disaster – before [we] finally wake up and recognize the urgent necessity of nuclear disarmament.

“One standard must apply to all countries: zero.

“Nuclear arms are wicked, regardless of who possesses them. The unspeakable human suffering that they inflict is the same whatever flag they may bear. So long as these weapons exist, the threat of their use – either by accident or through an act of sheer madness – will remain.

“We must not tolerate a system of nuclear apartheid, in which it is considered legitimate for some states to possess nuclear arms but patently unacceptable for others to seek to acquire them. Such a double standard is no basis for peace and security in the world.

“Every dollar invested in bolstering a country’s nuclear arsenal is a diversion of resources from its schools, hospitals, and other social services, and a theft from the millions around the globe who go hungry or are denied access to basic medicines.” [7]

“No government, not even the most democratic, can force us to live under this threat. No state in the world can offer any kind of security against this menace of a nuclear holocaust, or guarantee to prevent it.

“When governments develop nuclear weapons they are violating the basic rights of their citizens, the basic right not to live under constant threat of annihilation.” [8]

Common Sense comprehends that getting America out of its immoral debt will require more than what Obama admitted in eliminating “tax breaks for millionaires and billionaires, or for hedge fund managers and corporate jet owners, or for oil and gas companies pulling in huge profits without our help…we’ll have to make even deeper cuts somewhere else.” [9]

The deep cuts that must be made require the revolutionary political will that Thomas Paine, America’s most forward thinking Founding Father comprehended:

We the people are suppose to be the government and thus it is up to US to bring in the Intifada [Arabic for rise up and cast off] against nuclear insanity so that future generations will have their right to life, liberty and the pursuit of happiness.