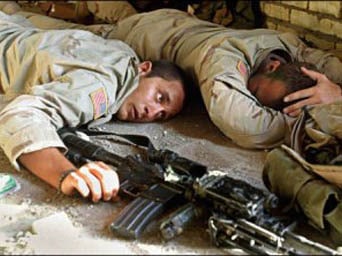 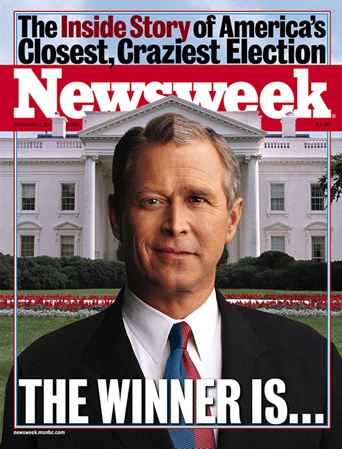 November 2000 elections in USA were gerrymandered by Zionists to get George W Bush elected. 9/11 was masterminded by Jews, Bush and Dick Cheney to achieve strategic and economic objectives by making Afghanistan and later Iraq as bases of operations. 19 fanatical Arab hijackers were allowed to crash two of the four hijacked planes into WTC so as to pass Patriot Act, build up military and invade Afghanistan.

9/11 Commission stumbled across strong evidence of treason by Cheney. It was determined by experts that an energy weapon was used to bring down Twin Towers. Overwhelming evidence exist that collapse of towers and building 7 were instances of control demolition. The big question asked is as to why was building 7 that was not hit by plane, demolished 8 hours after the second tower collapsed? How two 110-storey buildings and one 47-storey building, about 50 million tons of mass of which 40 million never hit the ground and largely turned to dust? It is said that neo-cons acting on behalf of corporations being investigated wanted to destroy files stored in building 7. Investigators and scientists have revealed that pre-planted explosives were set off two hours after the two planes crashed to bring down the three buildings.

Another intriguing aspect is as to why didn’t the US jets scramble when one of the hijacked planes was heading towards Pentagon after the two planes had struck WTC in New York? Not a bird can fly in this exclusive zone. Intriguingly, on 01 June 2001 order to scramble jets to deal with hijacked planes had been transferred from Base Commander to Defence Secretary Rumsfeld – another neo-con.

OBL and al-Qaeda were drummed up to create an excuse to invade and occupy Afghanistan. Invaders had no proof of al-Qaeda’s involvement in 9/11. OBL and other top leaders of al-Qaeda and Taliban holed up in Tora Bora caves in December 2001 were deliberately allowed to escape to Pakistan to push flames of terrorism into Pakistan and to force Pak military to join the war.

Although Pakistan didn’t fit into the US security paradigm, it was deceptively made an ally and earmarked as a target since its military and nuclear strengths were unacceptable to the strategic partners USA, Israel, India and Britain. 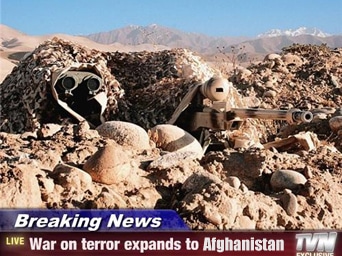 War on terror in which Pakistan was cunningly made the frontline state was not meant to eliminate terrorism but to fuel terrorism in Afghanistan and Pakistan and to keep both unstable so as to provide an excuse for prolonged stay of coalition forces in Afghanistan.

A willful smear campaign was unleashed by Indo-US-Israeli nexus to undermine Pakistan’s premier institutions and nuclear program. Underlying objective was to weaken the main trunk of Army, declare ISI as a rogue outfit and to declare Pak nukes unsafe. Another objective of media campaign was to promote western and Indian culture so as to secularize the society and do away with Islamic culture believing in Jihad.

India which fitted into security paradigm of USA and Israel was systematically turned into strongest military and nuclear power of South Asia and a bulwark against China; and its archrival Pakistan was steadily weakened.

Mumbai attacks on 26/11 were masterminded to deflect attention of the world from the atrocities committed by Indian security forces in Indian occupied Kashmir where the situation had become explosive, to nail down ISI and to pave way for Indian air force to carryout surgical strikes in Punjab and Azad Kashmir against so-called terrorist training camps similar to drone strikes.

Barack Obama was also Zionists choice man ready to serve their agenda. Af-Pak policy was Pakistan specific to speed up its destabilization. Blackwater was inducted and new tactics involving double suicide bombers and group attacks were introduced in Punjab in 2009. Drone attacks were intensified and so were target killings in Balochistan and Karachi to create countrywide anarchic conditions.

When the esteem of Army and Gen Kayani shot up in the eyes of US military and NATO after Swat and South Waziristan operations in 2009, a team of journalists headed by Dan Williams from Jerusalem visited Kabul in June 2010 at the invitation of India to help in intensifying media war against Pakistan and to create rift between NATO and Pakistan Army. Earlier on, Indian Ambassador had visited Tel Aviv and met Williams and offered him to pay all expenses besides lucrative incentives to journalists engaged for tarnishing Pakistan’s image in world comity.

OBL who died a natural death due to kidneys failure was purposely kept alive till 02 May 2011 by CIA to justify US extended stay in Afghanistan and heavy expenditure incurred. Stealth raid in Abbottabad by US Navy SEALs without taking Pakistan into confidence was a false flag operation to undermine Pak Army and ISI. Very few believe the story fabricated by USA since there are too many glaring loopholes.

Till the Abbottabad and Mehran Base disasters, public ire was entirely focused against the political ruling regime. The rulers were held responsible for the malaise afflicting the society while the armed forces were held in high esteem. The people suffering under extreme hardships looked towards Gen Kayani to get rid of the parasites and to restore semblance of order and lost pride and honor.

Security forces are carrying out low intensity conflict since 2002 but despite their heroics, nonstop fighting is sapping their energy and to a degree impacting their operational worthiness, particularly because of negative role of foreign media. Despite vilification campaign to defame the Army and ISI, the two institutions are regarded with approbation by the public. High image of Army runs contrary to the designs of Pakistan’s adversaries desiring complete crippling of all institutions of Pakistan. 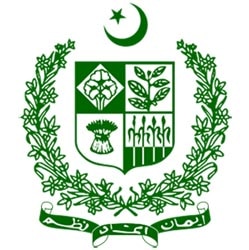 It was against this background that Operation ‘Get Geronimo’ was conceived to embarrass Army, air force and ISI and to discredit them in the eyes of the public. Terrorist operation against Mehran naval base was conducted to defame the Navy and to further discredit premier institutions and create feelings of hopelessness among the public. Selected journalists, anchors and TV channels were spun into action to join hands with foreign media and denunciate top leadership of the three services and ISI.

PML-N in its bid to settle its old scores with Gen Musharraf and his team of Generals led the defamation assault, foolishly hoping that its tirade may pave the way for its return to power. Media persons and politicians harboring old grievances against the Army under Gen Zia and Gen Musharraf considered it a golden opportunity to bash the military. Kharotabad incident, killing of a thug at the hands of Rangers in Karachi and murder of Saleem Shehzad were all put in the basket of Army to make their campaign more stinging and this gratuitous diatribe is still going on with a vengeance.

Some have crossed all limits of journalistic decency and used offensive invectives. They ridiculed the senior military leadership by insinuating that it is its old habit to take cover behind national security to avoid accountability, and to present themselves as victims of machinations rather than admitting their fault. Some said that military is a white elephant consuming 80% of budget, well knowing that the actual figure is mere 25.6%. It makes one suspect that all these incidents were triggered within a limited timeframe with a hidden motive. It is big money which is making cultivated media persons go wild.

Opportunist journalists and anchors have exposed themselves by making vicious attacks on leadership of three services. They are drawing satisfaction by claiming that media helped in driving a significant wedge between armed forces and the public, and that rift stems from growing realization that security establishment victimizes those it is meant to serve. Such mini-minds forgot the role of Army in all man-made and natural catastrophes and in ongoing war on terror. Much to their chagrin, despite the vituperative campaign, 75% of people still have a very high opinion of the Army and ISI.

Criticism is a healthy exercise since it gives the institution being criticized opportunity to examine its grey areas, and rectify them. However, orchestrated propaganda to spoil civil-military relations and that too at the behest of outsiders is an unpardonable offence and must be condemned.

About the Writer: Asif Haroon is a freelance columnist. Email: [email protected]

Australasian Business Intelligence November 19, 2003 Nov 17, 2003 (The Australian – ABIX via COMTEX) The Western Australian Government plans to provide 730 students with laptop computers at a cost of $A3.7m. The Apple Computer 12-inch iBooks will be used by Year Eight and Nine students at the Highbury Street campus of Geraldton Secondary College. The State’s Education and Training Minister, Alan Carpenter, said the laptops would open up new ways of teaching. The computers will be used by the students during school hours, then secured in charging cupboards at night. in our site ibooks for mac