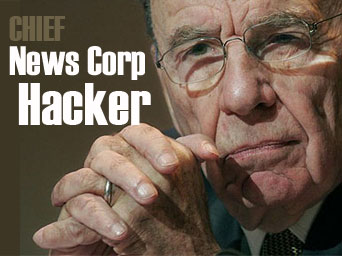 A week or so ago, I was at a meeting with the intelligence chief of a major American ally.  With me were good friends, experts in counter-terrorism, surveillance and political intelligence, former top level members of American “alphabet soup” agencies.

Nothing sinister was going on.  There was a problem to be addressed, very real terrorism and a very real threat against a democratic government.  The solutions involved training, technical support and the use of highly classified equipment.

This same equipment, these same capabilities are being used in Britain, we were told, against celebrities.  Then we found the parents of a poor dead girl were victimized, the families of dead servicemen and, finally, police, government and security officials.  What was uncovered was a massive espionage operation using the world’s largest news organization as cover, an organization operating against every free government in the world.

What we found was a story that will never be told anywhere but here.

Let’s take a second and talk about “hacking.”  You don’t “hack” a mobile telephone.  You wiretap.  This is a huge legal difference.  Both are illegal but wiretapping is far more serious.  When done in the name of “national security,” it is subject to abuse and a huge threat to any democratic system.  When used by others, it is called spying.

The case in Britain, reported by the criminals themselves, yes, that’s right, the newspapers that were caught also own the news agencies that report the news.  It goes further, the newspapers and news agencies responsible for the “not so innocent” and “not so limited” spying activities aren’t simply independent companies.  They are owned by Rupert Murdoch and operated as part of the intelligence agencies of the State of Israel.  Murdoch, an Israeli, a fact not known to many, is the most powerful media mogul in the world.  His corporations own, not just Fox News, but networks, magazines, websites and newspapers around the world, the biggest, the most scandalous, the most biased and the most politically extreme.

Thus far, one arrest is scheduled, a former reporter named Andy Coulson.  Andy was supposed to be arrested in 2007 but was saved from that unpleasant fate and, instead, appointed Director of Communications for Prime Minister David Cameron.  Coulson resigned in January and is expected, according to Guardian sources, to turn himself over to authorities tomorrow.

Murdoch and his Tel Aviv based associates believe tossing Andy “under a bus” will be enough.  After all, Murdoch’s empire has done more to rule Britain than any government.  His publications don’t just blind the British people, they go much further.  This isn’t about Britain at all, it is global politics on a grand scale, showing its dirtiest underwear to the public.

Murdoch’s worldwide media empire provides mechanisms for a global Israeli intelligence operation using their vast resources to control governments, the United States, Britain, Germany, France, Greece, so many governments.  Spying operations such as the one uncovered in Britain are only a part of that capability.  It isn’t just news but pop culture as well, used as a weapon, a continual, unending assault on reality, on perception, on truth.

Is Israel justified in going this far?

Is there a real danger to Israel?   Should we allow these abuses as we have for decades because, as we hear every few minutes,

“(Nuclear) Israel is in danger of being pushed into the sea by armies of Muslim fanatics.”

Let’s take a second and talk about an Israeli spy doing life in prison.  His name is Jonathan Pollard.  He worked for the US Navy but spied for Israel.  Israel and American politicians ‘friendly’ to Israel demand his release every year.

This is what his crimes are claimed to be:

Why then, with the tremendous pressure the powerful Israeli lobby puts on the US, does the US military and the various intelligence and law enforcement agencies insist Pollard die in prison?  The answer is simple.  What Israel and Barney Frank and friends say about Pollard’s crimes is a lie.  This is what Pollard did:

At the height of the Cold War, Pollard accessed and passed on this information:

This information was given to Israel and directly transferred to the Soviet Union.  It is believed that tens of thousands of Russian Jews and selected “others” were allowed to emigrate to Israel in exchange.  Other considerations, financial in nature, were part of the deal.

What did Pollard cost the United States?

This is why he is still in jail.

The “spin,” from Israel, from the Murdoch “press machine” and from Israel’s friends in congress, demands Pollard’s release.  Much of the “leverage” behind this push, the push toward an attack on Iran, manipulation of American public opinion on Libya, on the Palestinian issues and the other areas is likely from “information” gained by illegal electronic eavesdropping, “wiretapping” done under the guise of “journalism.”

The “front” or “durable cover” for these spy activities is “news.”  The ‘news,” of course, is “dirt” for scandal rags, not really news at all.

The issue from a national security standpoint is that the news agencies themselves are directly affiliated with the same intelligence agencies tied to Pollard and now being tied to 9/11.

These “shadow” Israeli owned news agencies that we know as Fox News or the Wall Street Journal are part of a robust operational capability, intelligence gathering, propaganda and broad political infiltration.

Let’s talk eavesdropping.  Let’s talk about the equipment that Rupert Murdoch gets for his reporters.

Back in that meeting with a national intelligence chief, accessing such equipment was on the table.  There were a couple of sources, one in Israel and one elsewhere.  The equipment has legitimate counter-intelligence uses and is available to police and intelligence agencies.  These are systems that can wiretap mobile phones and text messages over large areas.  One such piece of equipment manages “slave” units, receiver and transmitter units that can be used to intercept calls and messages over many miles and many hundreds of phones.

This is how the equipment at this level, the things “reporters” keep in their car in London, has to be demonstrated and purchased:

The units are then transferred to the end users by diplomatic courier.

These things aren’t made in Britain.  They can’t be imported.  They can only be smuggled into the country, the act of doing so is espionage. The US has dozens of these units.  They are with the CIA, NSA, Homeland Security and other such organizations.  The use of these units under FISA (Foreign Intelligence Surveillance Act) was found to be illegal, a violation of constitutional rights.

This is when used by the NSA, not by “reporters” or “anti-defamation” groups.

When James O’Keefe of “Acorn” fame was picked up for breaking into a congresswoman’s office, one of these units was seized.  O’Keefe was trained in Israel.

One of the services offered “Israel friendly” members of congress, other than a deluge of laundered drug money for their campaigns is the services of clandestine intelligence agents using highly classified and illegal surveillance equipment smuggled into the United States to spy on their opponents.

These units are also used to spy on law enforcement organizations, as in Britain, tasked with investigating political corruption.  This is called “counter-intelligence” by some.  Others call it “perversion of the course of justice.” 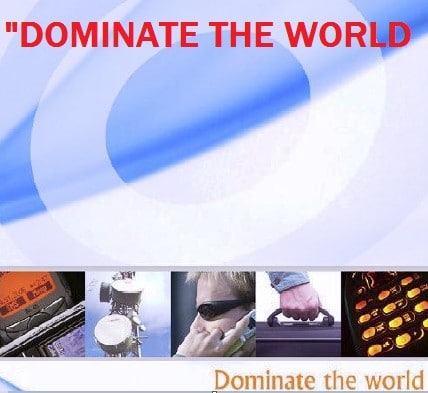 Remember, the spying on celeb’s is the “cover.”  As long as you are intercepting Tiger Wood’s text messages, you can spy on the FBI or Special Branch all day long.

In Britain it went further, investigators at Scotland Yard received bribes to suppress the initial investigations.  If it went on there, it is going on here.

When the story was still being successfully managed as “celeb phone hacking” and not national security level espionage,  the genie was ‘still in the bottle.’

What we have is simple.  Embassies are bringing in highly classified and restricted equipment that can only legally be used by security agencies under strict supervision (ouch) and giving it to “reporters.”  The fun and innocent side is celeb gossip.  The darkside, no longer speculation involves spying and bribing police.

The real issues aren’t about news or celebs or even torturing the families of murder victims of dead soldiers.

Here in the US, we call such actions a “clear and present danger.”

These are acts of war.