Home Government Obama and Gaza: US Blockade Aid a Violation 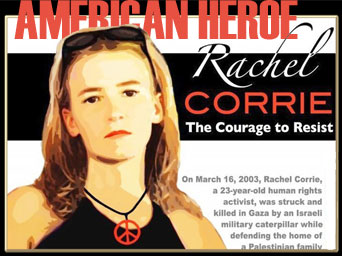 When Greek authorities prevented the US ship the Audacity of Hope leaving its port in Athens this week, they dealt a blow to a group of brave and principled Americans who were trying to carry thousands of letters from US citizens to those who wait on Gaza’s shores.

I know many of the people who were on this boat, and my family’s letter was part of their cargo.

In 2003 my daughter Rachel Corrie made her journey to Gaza and was run down and killed by a US-made Israeli military Caterpillar D-9 bulldozer. She was trying to protect a Gazan family and their home, one of thousands illegally destroyed in Israeli military clearing operations.

Now my family is on a parallel journey with those activists as we return this week to Israeli court to confront Colonel Pinhas Zuaretz, the commanding officer of the Gaza Division’s Southern Brigade in 2003. His testimony should shed light not only on actions of troops responsible for Rachel’s killing but also on the Israeli military’s broad failures as an occupying power to protect civilian life and property.

This week’s flotilla was travelling to Gaza, as Rachel did, to stand with Palestinians against oppression and illegal occupation and for a just, enduring peace.

Some liken the action to those of “freedom riders” who 50 years ago journeyed bravely to the American south to oppose racist laws that kept blacks and whites from sitting together on buses.

The flotilla participants are pursuing Israeli and US policy that provides access and egress for Gazans commensurate with what other peoples enjoy in their homelands. They demand freedoms for Gazans that we in the US celebrate for ourselves but are complicit in denying to Palestinians.

A senior administration official in 2010 told our family that the blockade of Gaza was a “failed policy”. He emphasised that the attack on the first flotilla that claimed nine lives (including a US citizen) was tragic, but had created movement for lessening restrictions for Gaza.

Some members of Congress have declared the “imprisonment” of Gazans a greater threat to Israeli security than rockets from Gaza. Nevertheless, a year after the Israeli commando attack on the Mavi Marmara, the US has been unwilling or unable to influence Israel to make many of the changes still needed.

In 2003 Israeli prime minister Ariel Sharon promised President Bush a “thorough, credible, and transparent” investigation into my daughter’s killing. The US government’s position continues to be that the promise has gone unfulfilled.

In 2008 the Department of State wrote: “We have consistently requested that the government of Israel conduct a full and transparent investigation into Rachel’s death. Our requests have gone unanswered or ignored.”

After eight years, our family remains engaged in prolonged court proceedings seeking accountability that the US government has been unable to secure – though it has no difficulty sending Israel $3bn annually in weapons that do the damage.

The US government has failed repeatedly to obtain accountability for its own citizens and Palestinian civilians harmed by Israel. Now, it is an accomplice in manipulating policing of the Mediterranean and maintaining Israel’s naval blockade of Gaza.

It has thwarted and threatened citizens acting in the nonviolent tradition of our most revered champions of human rights. Much of the world is watching, disgusted with US abandonment of its own and with its collusion in the imprisonment of the people of Gaza. 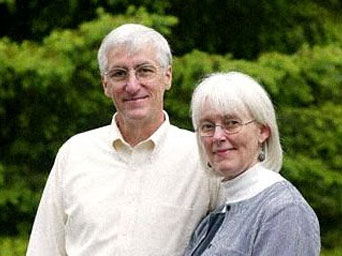 Gaza flotillas reflect the world’s embrace of the Palestinian cry for freedom – and most immediately their cry for an end to the blockade and siege of Gaza. Israel and the US may slow or stop the boats, but in doing so, will only find themselves increasingly isolated. Civil society is acting and will continue to until the US government and others catch up.

Only when we apply to Israel/Palestine a framework of international law, human rights, and a belief in freedom and equality for every human being, is there realistic hope for a sustainable resolution and peace.

During the course of our lawsuit those not on the witness stand often figure most in my thinking.

Palestinian and Jewish Israelis have supported our family’s needs for legal assistance, housing, translation, medical care and companionship. I treasure memorable conversations over meals in homes and Haifa neighbourhood cafes, and the friends who come to be with us at court. Whatever the eventual judgment from the legal system, Israeli supporters have made clear that what happened to Rachel, and to many others in this poisonous conflict, should not have occurred and should not continue.

Rachel did the right thing going to Gaza – taking all of us with her. Her example is best served by supporting those who journey there in the same brave spirit, acting upon values articulated in our own Declaration of Independence, rather than circumventing them as our government seems bound to do.

For more information about the trial, please visit the Rachel Corrie Foundation website.

For more information about the Freedom Flotilla 2, please visit some of the following websites: