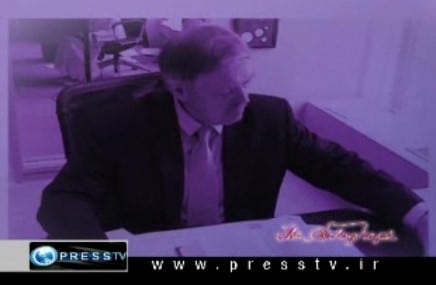 This week, Dr. Alan Sabrosky, Managing Editor at VT, was interviewed on 9/11 and Israel’s involvement and their influence in American affairs.   Dr. Sabrosky is interviewed by Susan Modaress of Press TV.  Runtime is 20 minutes.

Alan, I call him that, a fellow editor, fellow Marine and good friend, does what few do when discussing issues of such extreme controversy.  Alan sticks to the facts, takes the facts to logical conclusions and stops there.  Any American of any political leaning or ethnicity can and should, out of patriotism and out of sanity, watch this interview.

The case made is a case that will stand up in a court of law, a case not contrived for entertainment, for propaganda or for an emotional “fix,” feeding hate, prejudice or the desire by some for conspiracies to fill the void of a life bereft of meaning.

Alan Sabrosky is “serious as a heart attack.”

There is an underlying message to this interview, intended or not.  Dr. Sabrosky establishes a defensible position and sets limits.

A majority of Americans are aware that 9/11 had clear signs of government complicity, both operationally and in the subsequent investigation that even Judge Napolitano and Geraldo Rivera of Rupert Murcoch’s FOX NEWS called a “whitewash.”  A major Australian poll taken last fall showed 77% of people there believe the US government to be fully complicit in 9/11.  Similar polls in the US regularly score over 50%, some much higher.

Sabrosky’s case, presented with much clarity, plants responsibility for 9/11 at the feet of Israel and Americans whose loyalties, if we can call them that, are certainly not to the United States.  That these “Americans” now believed to be complicit in the planning and execution of the 9/11 terror attacks are, for the most part, officials of the government, is telling.

Their complicity couldn’t be more obvious if they were caught standing with the detonation switches in their hands.

Israel is a different story, a public relationship characterized as “close friendship” and a private one that more closely resembles that between America and the Soviet Union at the height of the Cold War.

Most Americans are not aware of how the relationship between Israel and the United States has soured over the past 40 years.  Behind an endless barrage of stories of the holocaust and fear mongering about Antisemitism, political extremists in Israel and their allies in the US, many in positions of extreme power and influence, have contrived to seriously harm the United States, ostensibly under the guise of “support for Israel” and misrepresented security issues.

Below, the forgotten Geraldo Rivera report on 9/11, now “disappeared” from history, from the archives, forgotten and victim of its own “coverup.”

Beyond this, the past decade has bombarded the American public and the world with wildly conflicting conspiracy theories and phony science, the worst of it from the American government itself.

What can I say as a postscript or commentary to the interview?  Liberal, conservative, Jew, Gentile, what Alan Sabrosky says is simply the truth.  He has the credentials and the character to know the truth.

Believing the government and mainstream media’s version of 9/11 and allowing Israeli “dual citizens” to serve in government or electing and appointing officials whose relationship with Israel is detrimental to the security of the United States is inconsistent with citizen responsibility for any American.