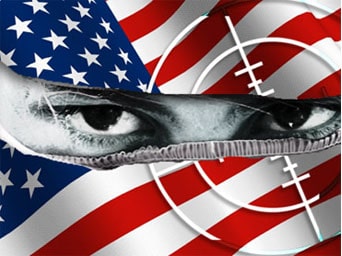 Once again, the West Los Angeles VA bureaucrats have suppressed a major crime. This time a Veteran was murdered on Veterans sacred land.

Instead of publicly announcing this unsolved homicide to give alarm that there is a murderer on the loose perhaps on the VA property or in the neighboring vicinity, the VA bureaucrats suppressed this horrific crime until the Los Angeles Times investigated and reported it.

A couple years ago, more than $200,000 was stolen from the Veterans Golf Course and that major crime was also suppressed until the LA Times exposed it to the public.

Veterans land has constantly been pillaged and plundered and given away for a public dog park and public community park, among other abusive misappropriations with no accountability. This is a major breach of the legal Deed and Charitable Trust of 1888. This is also a crime!

When we hung the American Flag in distress on the front gate to the VA, we did it because we were sending a public message that the lives of homeless Veterans outside the VA and their property inside were in extreme danger. Now It appears Veterans are safer outside the VA than inside.

The VA bureaucrats suppressed our public message of distress, even though it was in full compliance with the U.S. Flag Code, and the ACLU filed a lawsuit against Donna Beiter, the West LA VA’s executive director and Ronald Mathis, the VA’s chief of police for viewpoint discrimination, i.e., censorship.

Both Defendants were adjudicated in Federal Court for violating my Constitutional Right under the First Amendment. This is a Federal crime.

Thus, both Defendants are Federal criminals, yet they continue to work in their official capacities and under the color of law without any consequences. Is it any wonder this sacred land is infested with dastardly crimes.

When will Secretary Shinseki accept responsibility and clean house at the largest VA in the nation, which is also the most corrupt and mismanaged one? He has been forewarned since day one that he was approved by Congress as Secretary of the Department of Veterans Affairs.

When will Congress and the FBI begin full investigations of all those who have perpetrated the greatest land fraud in American history?

They can begin with Congressman Henry Waxman who is the elected public servant entrusted to oversee and enforce the Deed and Charitable Trust. After 37 years in office, he has allowed this sacred land to be abused and misappropriated while homeleless Veterans sleep outside the VA and Los Angeles has become the capital for homeless Veterans.Today, there are more than 20,000 homeless and hungry Veterans trying to survive on the dangerous streets of L.A.

Moreover, Congressman Waxman endorses a 16-acre “rent-free” public park on Veterans property for the wealthy homeowners of Brentwood, while he continues to dilly-dally around and refusing to provide new housing for our disabled and disadvantaged Veterans.

Business as usual is over. The Old Veterans Guard is demanding full accountability of all who are entrusted with this sacred Trust.

We demand immediate regime change with new and honest leadership at this revered National Veterans Home.

We demand an immediate FBI and Congressional Investigation.

We trust that the Los Angeles Times, and other major media, will investigate and expose all of the crime and corruption at the West Los Angeles VA, which has become a national disgrace.

Join the Veterans Revolution to “Save Our Veterans Land” and to “Bring Our Homeless Veterans HOME.”

Today is our 175th consecutive Sunday Rally. Join us!