Home Economy An American Fall, But Not a Spring 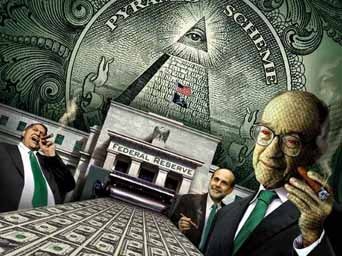 At a time when Americans and America are facing the worst economic and financial crises ever in its history, the US Congress decided to move venue to Israel to address the urgent needs of Israelis and Israel. Such a move on the part of Congress is a clear contempt for Americans and America.

House Majority, the Israeli Czar, leader Eric Cantor (R-VA) and Democratic Whip Stan Hoyer (D-MD) decided to take upward of 81 Congressmen on trip to Israel, to visit mind you, not American constituent but Israeli constituent as guests of the American Israeli Education Foundation (charitable organization) where they are wined, dinned and “laid” complement of your tax dollars at work.

Adding insults to injury is the recent House Concurrent Resolution 323 jointly sponsored by Debbie Wasserman Schultz (D-F) of Florida and non other than my own congressman Frank Wolf (R-VA) that calls for the funding and support of Holocaust survivors “to live in dignity, comfort and security for their remaining years”.

The questions why Congressman Frank Wolf and Congresswomen did not include former and aging US Veterans to have the same benefits and the same rights and care. Whatever happened to the hundreds of billions of compensations that went to the Holocaust survivors, should the State of Israel and the lawyers who collected the billions to take care of these Holocaust survivors.

Of course Stan Hoyer and Eric Cantor and Nancy Pelosi and John Boehner did not think that Americas and America deserve a visit and tour by our shameless Congress where they can witness first hands the results of indifference and reckless, if not criminal policy they voted for with total disregards of the interests of American tax payers and voters.

One would think that John Boehner and Nancy Pelosi would organize a buss tour for all members of Congress this August to travel around the country to see the economic devastations the American people have to endure.

I am sure a bus tour of the entire Congress to the “rust belt” where millions of unemployed and millions of homes are foreclosed, in cities such as Detroit, Cleveland, Cincinnati, Youngstown, Toledo, even in Upstate New York and in the North East.

The Midwest is not fairing any better with tens of thousands of factories closing down forever and with millions unemployed in cities such as Chicago, Milwaukee, Indianapolis, Terre Haut and Fort Wayne, St. Lewis and East St. Lewis, Joplin, and Ames, Iowa not forgetting cities and states like North and South Dakota, Minnesota, Nebraska among others.

Perhaps it also would have done members of Congress to continue on their journey to the Southwest and see the impact of unemployment and foreclosures have states such as Texas, New Mexico, Arizona, and Utah. Continuing on to devastated states like Nevada.

Of course no one should forget states like Tennessee, Georgia, Kentucky, Alabama, Louisiana, Florida, swing up north to Georgia, South Carolina, North Carolina and with a visit to small towns in West Virginian and Virginia.

Too bad Congress and its leadership did not feel Americans; their constituents are worth the visit to see first hand what 40 years of misguided and reckless policies economic policies have on the nation. A policy that pitted Wall Street, the US Federal Reserve, and US banks against the public and citizens of this country. Milton Freedman economic and his “Shock Doctrine” as a way to make effective economic and social change was always present in Reagan and Bush economic policies.

While Wall Street and the Federal Reserve conspired against American citizens, the World Bank and the IMF was taking its “Shock Doctrine” on a world tour of Africa, Asia, Latin and Central America, Middle East, and South East Asia bringing economies to ruin destroying manufacturing and even agriculture let alone the social and familial support infrastructures.

Members of Congress who decided to go and enjoy the good life as guests of Israel and its powerful lobby seems to forget some basic statistics.

Simple Google research shows there were 4 millions foreclosed homes nation wide with another 2 millions in line for foreclosures (NYT June 11, 2011).

No wonder Gallop Poll (22 July, 2010) shows Congress with the lowest rating and “dead last” at 11% approval rating among 16 institutions. The American public also lost lots of hope and faith in Wall Street with only 35% of the American public think they can trust Wall Street with their money (NBC/Wall Street Journal) and of course for good reason. As someone whose family lost 80% of the value of its 401K during the market meltdown following the Sub-Prime Mortgage scandal.

Of course both Bush and Obama administration and both Republican and Democratic Congress was more concerned with propping banks, those thieves and crooks with close to trillion dollars with the understanding and false hope that this money will trickle down to consumers to save jobs, save businesses from going under and helping stem the avalanche of foreclosures. None of these false wishes came true. Instead Wall Street used the interest free money to pay billions as bonuses to the same executives who caused the market crash and used the money to lend it the government for a fee earning billions of dollars from our own tax dollars while we as citizens and consumers kept holding the bag.

Perhaps its time for the American people to take matter into their own hands and take to the streets in the millions in a civil and peaceful demonstration and uprising similar to that of Israel, Egypt, Tunisia, Spain and similar to the uprising we saw in cities such as Prague, Warsaw, Budapest, among others.

No need to resort to anarchy and engage in destructions of properties, both public and private properties making sure that all criminal elements, hoodlums, thieves and anarchists are in check and not as we have seen in England last week and in Philadelphia a day ago.

The American people need to show our government and our congress and our banks and financial institutions we mean business and that we will not allow the unholy alliance between the Administration, Congress, Wall Street, the Federal Reserve, AIPAC and the lobbyist they are no longer in charge and that we will not longer allow them to destroy the American Dream and to undermine what supposed to be the leading democracy in the world.

The very hard working American people, who scarified tens of million wars to defend the nation and country, deserve a better accountable and transparent governments and that this idea of run away destructive “capitalism” is in check. If Communism and “Marxist Socialism” destroyed the former Soviet Union from within, then for sure and unchecked “American Capitalism” will take America in the same route to self destruction.

The American people are called on to stand up for the nation and country and to make its voice heard from San Francisco to New York that we as Americans we are fed up with the way Congress is conducting the affairs of the nation always putting Israel First. Time for a new Congress, an American not an Israeli Congress, a congress that speaks for the people, for the voters, not for the lobbyist and financial contributors, to AIPAC and to Wall Street.

We want the American people to demand members of Congress before they accept to go to Israel to check its needs to take a bus tour of America and see how the Congress not only destroyed the American Dream but also created Nightmares all over America.

Only tens of millions of Americans out on the streets of every city and town, in a show of strength and unity and a show of civility can force the Administration, Congress and Wall Street to take our demands for a better, much more human America were social justice and fairness rule.