Home World The Day The Bush War on Terror Began 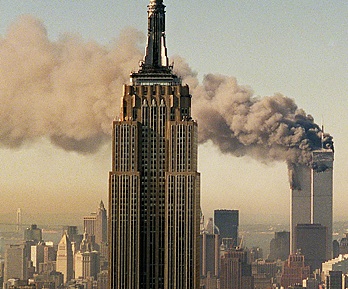 It did not need to come to this.

James Wall identifies the distortion and deception completely… “it did not need to come to this,” but through the gross and brutal distortion of a dreadfully unspeakable event, and turning a memorial and a rallying point into a marching banner for more of the same, leaders have betrayed their offices, their people and themselves as human beings.

The fact that some of them, like Robert Gates  and others, can discuss these betrayals after they leave office, indicates that they were aware of the nature of their crimes while in office.

Furthermore, although they voice outrage and anger, they have done absolutely nothing about it.  What in hell are American taxpayers paying them for, anyway? All the right reactions, for the wrong reasons…. and inadequate responses!

Political and personal expedient in the power game of dominance over other men!

The Day The Bush War on Terror Began 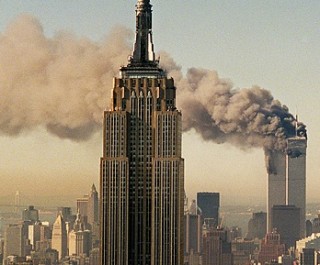 Murderous crime scenes in New York, Washington, and Pennsylvania, became spiritual staging grounds for an international war against what Time’s Tony Karon describes as “a tiny network of transnational extremists, founded on the remnants of the Arab volunteers who’d fought in the U.S.-backed Afghan jihad against the Soviet Union.”

It did not need to come to this.

The attacks on the US could have been a time to reinvent ourselves as a united people, bound together in our common grief.  But politicians, supported by a national media that was far more concerned with drama of what happened than why it happened, began to shape a different future, a worldwide attack on Islam.

Our crime scenes of death became shrines of memory designed not to mourn the dead, but to serve as spiritual support bases for the Bush War on Terror. The deaths of more than 3000 victims were exploited to create an evolving  narrative of  permanent international warfare.

The hallowed burial grounds of 9/11 were supposed to bequeath us a stronger nation, not a busted one. We were supposed to be left with a finer legacy than Gitmo and the Patriot Act. When we woke up on September 12, we imagined a whole host of civic virtues that might rise from the smoldering ruins.

Rich reminds us that Bush, a “still-green president” had a “near-perfect approval rating for weeks”. The nation was ready to build “a selfless wartime patriotism built on the awesome example of those regular Americans who ran to the rescue on that terrifying day of mass death, at the price of their own health and sometimes their lives”.

Instead we got “another hijacking—of 9/11 by those who exploited it for motives large and petty, both ideological and crassly ­commercial”.

The most lethal of these hijackings was the Bush administration’s repurposing of 9/11 for a war against a country that had not attacked us. So devilishly clever was the selling of the Saddam-for-Osama bait-and-switch that almost half the country would come to believe that Iraqis were among the 9/11 hijackers.

Three years ago, when Stiglitz, a Nobel Prize winning economist, and a colleague, examined the costs of the Bush wars, their conservative tally was $3-5 trillion. Since then, he writes, the costs have mounted.

With almost 50% of returning troops eligible to receive some level of disability payment, and more than 600,000 treated so far in veterans’ medical facilities, we now estimate that future disability payments and health-care costs will total $600-900 billion. But the social costs, reflected in veteran suicides (which have topped 18 per day in recent years) and family breakups, are incalculable.

One glaring reason why the Bush-Cheney war machine could shape public opinion with such impunity in 2001 is that the main stream media had abandoned its journalistic responsibility to talk truth to power.

Looking back over my own 2001 files from those immediate post 911 months, I found a remarkable exception to that total media capitulation, a Newsweek essay published on November 18, 2001. The essay was written by David Gates under the headline, “The Voices Of Dissent”. The Daily Beast, Newsweek’s current online presence, has the essay on its site, here. Gates writes:

Since September 11, political dissent has seemed a decadent luxury, rather than a democratic necessity. The new united-we-stand orthodoxy holds that we’re all engaged in a war of unquestionable good against inexplicable evil–that, in fact, the attempt to understand the enemy’s perception of us is disloyal–and that bombing Afghanistan, approved by 90 percent of Americans, is both morally and practically justified.

These assumptions are worth questioning, if only for prudential reasons. But our official opposition party has signed on; so have most of the world’s leaders. And again, [few contemporary] writers get with the program.

Gates found, with some searching I imagine, John le Carre and Alan Gurganus, both of whom had written “to critique the war and the United States’ arrogance”

The most audible voices Gates identified, however, were those of Susan Sontag and Barbara Kingsolver, and the Indian novelist Arundhati Roy.

Sontag, the essayist and author of the National Book Award-winning In America: A Novel, drew a bizarrely fierce reaction for a 473-word New Yorker piece. She called the president “robotic” and added that the attacks were motivated by “specific American alliances and actions”.  Gates does not specify those allies and their actions, but ten years later it is possible to surmise she may have been alluding to Israel.

Gates writes further that since September 11, Kingsolver “has been pouring out editorials and essays”.

Her dissent, like Roy’s, is both moral and practical. “If our goal is to reduce the number of people in the world who would like to kill us,” she says, “this is not the way to go about it.” She resents having her patriotism impugned. “I’m speaking out because I’m a patriot,” she says.

“Because I love my country and I want it to do the right thing.” And she also resents being told–as she has been lately–that she should stick to writing novels. “It’s a nasty slap down that’s been used against those of us, particularly Arundhati Roy, who have spoken out,” Kingsolver says.

“As if the fact of our being novelists disqualified us for any other sort of speech. I can’t make any sense of that. Words are my tools. Words are what I have to offer.”

In that same 2001 file folder I found a column I wrote for the Christian Century‘s December 12, 2001, issue. It is available on the Century web site. Cick here for the full column.

I quoted from the David Gates Newsweek essay, and added  these observations on how Bush’s War on Terror looked to me, and to many more Americans who were not being heard, in 2001.

Meanwhile, the president’s repeated insistence that the war against terror will last a long time indicates that he is listening to those who want him to extend the war to all nations that “harbor” what Secretary of Defense Donald Rumsfeld, who has seen too many movies, likes to call the “bad guys.”

New Yorker writer Peter J. Boyer reports that Newt Gingrich, a member the President’s Defense Policy Board, is urging the president to “confront Iraq even while the engagement in Afghanistan continues, and go after terrorist operations in Somalia and Sudan as well.”

I called my December 12, 2001 column, A Moral Squint: Bombs and Chaos. The column began:

After a particularly heavy U.S. bombardment of the city of Kunduz, al-Qaeda and Taliban fighters initially refused to surrender. Northern Alliance factions argued over how to arrange the surrender of Kunduz, provoking one U.S. official to describe the situation in and around the city as “chaotic.”

His word reminds me of an exchange in Robert Bolt’s A Man for All Seasons. Cardinal Thomas Wolsey demands that Thomas More support a papal dispensation so that King Henry VIII can legally divorce his queen, who has failed to produce a male heir.

When More refuses to intercede with the pope, the cardinal says, “You are a constant regret to me, Thomas. If you could just see facts flat on without that horrible, constant moral squint. With a little common sense you could have made a statesman.”

To which More replies: “I think that when statesmen forsake their own private consciences for the sake of their public duties they lead the country by a short route to chaos.”

Our nation needs the wisdom of  writers these days who possess a “moral squint” and don’t hesitate to write and speak about it.

The picture at the top was taken September 11, 2001 by Marty Lederhandler for the Associated Press.  It ran on Tony Karon’s Time blog on September 8, 2011. The Empire State Building is in the foreground; the burning twin towers are at  the right.