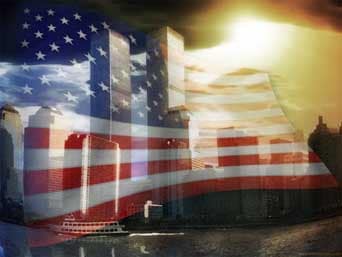 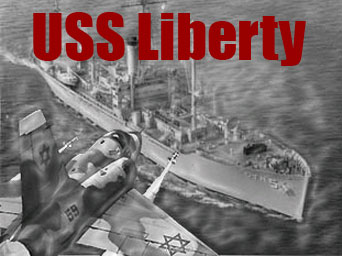 I am a Citizen of CONSCIENCE for House of Representatives 2012 and if elected my first act of congress is to invite the USS LIBERTY survivors to speak on the congressional record about THAT day in infamy on 8 June 1967, when the LBJ Administration failed to support the troops in favor of covering for Israel’s attack on the American spy ship as it navigated in international waters.

And the still unanswered questions raised in 2004:

NEW YORK CITY, NY (Oct. 26, 2004) – An alliance of 100 prominent Americans and 40 family members of those killed on 9/11 today announced the release of the 911 Truth Statement, a call for immediate inquiry into evidence that suggests high-level government officials may have deliberately allowed the September 11th attacks to occur. The Statement supports an August 31st Zogby poll that found nearly 50% of New Yorkers believe the government had foreknowledge and “consciously failed to act,” with 66% wanting a new 9/11 investigation.

Focusing on twelve questions, the Statement highlights areas of incriminating evidence that were either inadequately explored or ignored by the Kean Commission, ranging from insider trading and hijacker funding to foreign government forewarnings and inactive defenses around the Pentagon. The Statement asks for four actions: an immediate investigation by New York Attorney General Eliot Spitzer, Congressional hearings, media analysis, and the formation of a truly independent citizens-based inquiry.

The Statement was facilitated by 911truth.org, a leading coalition. The organization has also announced a press conference outside of Eliot Spitzer’s Manhattan office (corner of Cedar and Nassau) at 2:00PM on Thursday, Oct. 28th where 9/11 family members and victim group representatives will file a formal complaint demanding the first criminal investigation of 9/11 events by the New York Attorney General.

The Statement: We Want Real Answers About 9/11

On August 31, 2004, Zogby International, the official North American political polling agency for Reuters, released a poll that found nearly half (49.3%) of New York City residents and 41% of those in New York state believe US leaders had foreknowledge of impending 9/11 attacks and “consciously failed” to act. Of the New York City residents, 66% called for a new probe of unanswered questions by Congress or the New York Attorney General.

In connection with this news, we have assembled 100 notable Americans and 40 family members of those who died to sign this 9/11 Statement, which calls for immediate public attention to unanswered questions that suggest that people within the current administration may indeed have deliberately allowed 9/11 to happen, perhaps as a pretext for war.

We want truthful answers to questions such as:

Those who are demanding deeper inquiry now number in the hundreds of thousands, including a former member of the first Bush administration, a retired Air Force colonel, a European parliamentarian, families of the victims, highly respected authors, investigative journalists, peace and justice leaders, former Pentagon staff, and the National Green Party.

As Americans of conscience, we ask for four things:

Given the importance of the coming election, we feel it is imperative that these questions be addressed publicly, honestly, and rigorously so that Americans may exercise their democratic rights with full awareness.

In closing, we pray and hope for the strength to approach this subject with wisdom and compassion so that we may heal from the wounds inflicted on that terrible day.

Note: All organizations are mentioned for identification purposes only. Individuals have signed this statement as an act of their own conscience, not to signify organizational endorsement.