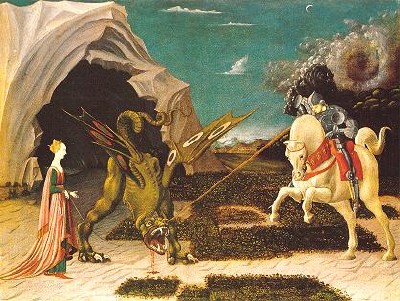 9/15/11 — This is the third article in my series,The VA in 3D, based on my experience as the quadriplegic victim of an almost fatal series of assaults seven months ago, at the Michael E. DeBakey VA Medical Center in Houston. I submit it respectfully to the Veterans Administration Inspector General, who has ignored me, and gratefully to my readers, who have encouraged me.

My Labor Day article, Hospital Horror, was about the crime, and my follow-up, Terror Training, was about the cover-up. The retaliation against me for reporting the crime to the VA Police back in February was already prepared the day I checked into the hospital, on 8/28/11. It continues at present, under the direction of Ward 3D Head Nurse Donna Carter. Although this is my own story, it fits the pattern of official malice against other hospitalized veterans, who have discovered that a month-long stay in a VA hospital can be as deadly as a month-long tour in a combat zone. The memoranda below demonstrate an insane institution that accepts criminals and attacks critics.

Thank you for your visit. I have four chief concerns. Please note them, and after I have read the list I can repeat anything you like, or answer any questions you may have.

18:55 Note: The team visit was two minutes old when three of the five members walked out, before I began to read my memo. The team leader, Dr. O’Leary, remained to hear the memo, then said that he’d take care of my concerns. He couldn’t answer me, though, when I asked what those concerns were, and walked out abruptly, leaving his assistant, Dr. Fata, who likewise said he would address my concerns. When I asked him to name them, he correctly named two out of four. It was a very poor showing, and makes me doubt both the team’s commitment and even its competence.

To summarize, you said that you don’t have the time to be a doctor, this facility doesn’t have the resources to be a hospital, and I really don’t matter anyway. Doctor, I didn’t come here to experience neglect or malpractice. As for your plan to degrade my care, I protest it, and will report it. You repeatedly said that you didn’t mean to be callous. I don’t mean to be callous, either, when I say that I don’t want you or your team involved in my care, and that I want you to withdraw immediately. If you remember things differently, please tell me what I should change in my memo. Fortunately you brought a nurse as a witness to help us with details.

11:00: My personal licensed physical therapist arrives, and Carter says that I can’t have physical therapy. Nor, she adds, can I use my own oxygen meter. This means that I am condemned to pain and peril.

13:45: Patient Advocate Lupe Plata arrives, accompanied by Carter. I tell her that I want a private conversation, to which she replies that this is a private conversation – except that Carter must be present. I ask why and she fidgets, looking to Carter for the answer, then finally says that she was advised to have Carter in attendance. I reply that, since Carter is involved in what I want to discuss, she can’t be objective, and that her turning to Carter for answers means that the meeting is contrived. She and Carter leave together, discussing what they should do next. Two weeks later, I have yet to meet with a patient advocate.

06:00: During a routine suctioning of my mouth, RT Louis Orisakwe jams a yanker (a foot-long suction tube) into the back of my throat, forcefully and repeatedly, causing me great pain. It would be a major mistake even for a new nurse, but for an experienced RT it’s inexplicable and inexcusable.

0800: Nurse Jennifer suctions me and discovers that my lungs are congested with blood.

0830: RT supervisor Antonia Jodinskas comes to examine me. Looking at the bloody phlegm canister beside my bed, she says she will address the problem to make sure it doesn’t happen again, and apologizes on behalf of Respiratory Therapy.

1800: It’s been more than seven months since the VA Police took my statement and filed a report about the assaults against me, and they have finally shown up again. The only problem, I soon learn, is that they haven’t come to listen to me, but to muzzle me: they hassle a friend who has come to provide me with wireless Internet access.

Friday, 9/2/11, 1630: RT Ramona tells me that the hospital is discontinuing my Mucamist, my strongest bronchial medicine. It’s the day before the Labor Day weekend, and I wonder whether I’ll survive until Tuesday. I also wonder, not for me first time, whether the administration has set me up.

I made it through the weekend, although my congestion was debilitating and dangerous. My first week had ended, and in my second week I enjoyed posting the first and second articles of this series, With two weeks left to go at the Michael E. DeBakey Medical Center, I expect more trouble to come. I face an entrenched enemy who won’t let up, and they face a committed captain who won’t back down.