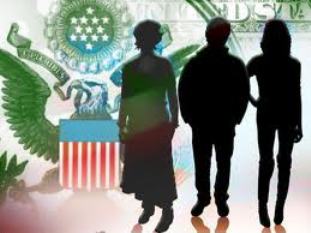 There are several special civil service employment programs (employment in the government jobs) available to veterans. Veterans ‘preference and the Veterans Readjustment Act (VRA), are the best known. The VRA covers veterans plus spouses and dependents of active duty military personnel (spouses and dependents are covered under the Military Spouse Preference Program and Family Member Preference part of the program).

The Veterans Employment Opportunities Act (VEOA) was adopted into law to ensure that veterans are able to compete for government positions that previously may have only been available to existing civil service employees. The Veterans Recruitment Appointment (VRA) and programs for “30 Percent or more disabled veterans programs allow eligible veterans to fill certain positions without competition.
The VA offers special training which allows eligible disabled veterans to become qualified for various positions. These programs are for preference in federal employment, and do not apply to private sector jobs, though such training would certainly benefit any disabled veteran and make employment far more attractive to a business owner.

The Vocational Rehabilitation and Employment (VR&E) is an employment-oriented program that assists veterans with service-connected disabilities by offering services and assistance to help them prepare for, find, and keep suitable employment. Suitable employment is work that is within the veterans’ physical, mental, and emotional capabilities and matches their patterns of skills, abilities, and interests.

Congress for years has wrestled with making the hiring of veterans more attractive to private sector employers as 80% of available jobs are created by small business. This would increase job opportunities and lower the veteran unemployment rate which is pegged at 12.3%, about three percentage points above the general population. The importance here cannot be overstated because the government has just about reached the limit of people they can hire because the taxpayers just cannot afford to increase government payrolls and many state jobs are on the decline due to budget cuts.

In President Obama’s recent speech he addressed the veteran preference for private sector employment and next week Congress will be addressing legislation to put a voluntary compliance bill into law. Is this the answer to an unemployed veteran’s prayer? I don’t know. Let’s look at what has happened with the programs that mandate preferences for public sector jobs.

1. Any legislation that has set-asides or preferences for one group of citizens, whether the set-aside in based on race, religion, sexual orientation, disability, and whatever, by its very nature, becomes discriminating to other groups, and taints the achievements, not just of those who benefit from them, but of everyone in the beneficiary group–even those who would have gotten into the college or gotten the job, etc., without the preference.
2. Such laws often become a booming business for the legal profession as demonstrated by Anthony v. Massachusetts and Branch v. DuBois, where it was determined that the set-aside for veterans was discriminatory for women.
3. How extensive can an agency be in establishing tests to ensure that a veteran meets the minimum qualifications for a job, to minimize possible litigation? Testing for ensuring qualifications for a job should be the same for all applicants, whether veteran or non-veteran. The extent of testing is at the agency’s discretion and it should be applied uniformly to all applicants to determine qualification for a position which has been announced.
4. Under what conditions can a veteran, disabled or otherwise, be determined not qualified for a position? Have they been clearly spelled out in advance as part of the application process? VEOA does not guarantee a veteran a job no matter how tightly the rules for preference are written as the potential for litigation can easily make the job requirement beyond most veteran’s ability to qualify (i.e. specifications requiring a masters or doctorate degree when clearly such a degree would not be required…operating a tractor for example).

While the VEOA has helped many veterans in their quest for employment, it has also closed the door to many because of the fear of litigation. Rather than published minimum qualifications a job class which is too general and non-specific to accurately describes the needed qualifications for the particular job in question (a technique used to attract a large pool of applicants), the agency needs to determine the specific qualifications needed, to avoid any ambiguities. These specific qualifications should be prepared in written form for advertising the vacancy. It is very important to establish specific detailed qualifications for the job in question so the advertised job announcement is complete, and so the agency and all applicants know the criteria to be fulfilled. But even with this in mind, lawyers will chase any opportunity with even so much as a sliver of hope at getting a settlement, just like a lottery. This has a discouraging effect on the employing agency.

The Vietnam Veterans Association has been dealing with ways to make VEOA a more effective instrument to be used to help veterans in their quest for jobs. The themes of their 2009 resolutions dealing with employment, training, and business opportunities are:

1. Organizational cultural resistance to compliance with federal laws, regulations, and policies.
2. Congressional unwillingness to insist, through oversight and programmatic annual reporting, on compliance (not measuring effort but actual success).
3. A general unwillingness by Congress and administrative management to provide institutionalized mechanisms for redress, incentives, and sanctions.

In practice, the difficulty is getting the bureaucrat in charge of hiring to get with the program. This is not a new problem as anyone who has dealt with government employees understands. First, you must have the legal tools to enable senior management to hold junior managers accountable. Since it’s nearly impossible to fire anyone in a government position, the threat of termination or reprimand is not an effective tool as it would be in the private sector. So, you must have competent managers who are held to performance measures and willing to do their jobs. That is tough whether in the public, and in some cases, in the private sector when dealing with large company bureaucracies.

In the President’s speech he talked about “green jobs” and “veteran preferences”, and almost before he could catch his breath, you could just hear the rumble…”what about women” (unemployment 16.5%), “what about foreign born” (unemployment 9.8%), “what about blacks” (unemployment 16.1%). I think attorneys were already licking their chops even though the discussion will only be about “voluntary compliance” at this stage. Our legal system has made it too easy for them. Though Congress has been down this road before, the initial reception to private sector preferences for veterans appears headed to a positive outcome.

Now, let’s get to reality. The week following the President’s speech the taxpayers took a severe blow to the chin with the bankruptcy of Solyndra coming to light. A $500,000,000 SBA backed loan that went belly-up, and this isn’t just another “green job” debacle. Any company at anytime can go bankrupt, but what makes this so bad is that the White House, pushed through the loan package against the advice of those in charge of oversight, and then within a year came back and renegotiated with Solyndra the repayment arrangement, subordinating the taxpayers’ interest in favor of the private investors, meaning little chance of any recovery for John Q. Public…a complete wipeout for the taxpayer.

For those whose only news comes from reality television or MTV, Solyndra was a much touted solar panel manufacturer which we were told was the wave of the future for green jobs. The White House forced the SBA loan package through despite shaky finances and now warrants a much deeper criminal investigation (I will write more about this in future articles). Two of Solyndra’s largest investors are Argonaut Ventures I, L.L.C. and the GKFF Investment Company, LLC, and both firms are represented on the Solyndra board of directors by Steven R. Mitchell.

Both LLC’s are investment vehicles of the George Kaiser Family Foundation of Tulsa, Oklahoma. Following the SBA loan package approval, Kaiser himself donated $53,500 to Obama’s 2008 election campaign and raised an additional $50,000 and $100,000. George Kaiser’s investment firms are actually “first in line”, ahead of the U.S. government and US taxpayer, for $69 million from the sale of company assets! Alleged political favoritism will kill public enthusiasm for reorienting policy towards renewable energy, and severely hamper Mr. Obama’s political capital in getting any green energy job ideas off the ground. Congress smells blood in the water.

So, where does that leave the veteran and hope for a boost in employment through the veteran’s preference potential job bill which Congress will begin looking at next week? That’s a million dollar question at this stage, but most elected representatives view the need to get veteran’s working in a positive light, and from my conversations with a few in Washington, I believe we will see affirmative action in spite of all the on-going commotion evolving from “Solyndragate”. Remember, developing such an affirmative hiring bill has been discussed many times over the past couple of years by both Democrat and Republican legislators. With the President now bringing the issue out into the public arena, chances are very likely a measure will be passed.

In a way, maybe the Solyndra problem will help get this legislation through as it looks like the bankruptcy added another 1100 people to the unemployment lines, and despite the sometimes limited success of the mandated preferences veterans have in the public sector, it can’t hurt to have the need for veterans’ preferences in the minds of the small business owner with this new bill. Veteran businesses currently make-up an estimated 2.4 million businesses – roughly 9 percent of the national total. In all, these veteran-owned companies produce about $1.2 trillion in receipts (4.1 percent of the national total) and employ 5.8 million people.

For the unemployed veteran the future is definitely brighter than it was a year ago. We’ll, discuss this in further detail when the proposed program begins being made available next week.