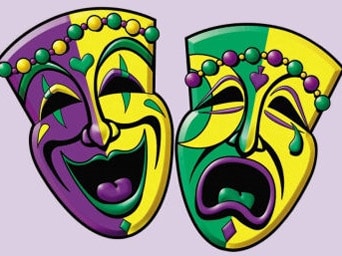 9/20/11 — Now in my fourth week at the Michael E. DeBakey VA Medical Center in Houston, I can see light at the end of the tunnel. I’m scheduled for discharge in a week, but it’s still a jittery journey from here to home.

Thursday night my hospital bed air mattress deflated, and I sank deeper and deeper into its folds, like a bug caught in a Venus fly trap. My diaphragm was compressing and my neck vertebrae were popping like knuckles when the night nurse saw me and saved me. Quadriplegics face such tragicomic perils regularly, in which simple equipment failures can be fatal. As a former NBC editorial writer, I can envision the TV newscaster’s knowing smile as he finishes the broadcast:

“Controversial Captain Eric H. May, founder and commander of Ghost Troop, was eaten alive early this morning — by his bed! The renegade former Army intelligence officer became notorious in FBI and DHS circles after his 1/31/06 warning of nuclear terror against Ron Paul’s Texas City anticipated the arrival of a day-after DoD WMD team in the area on 2/1/06, as reported in the Daily News. An Internet movement of conspiracy theorists, led by the maverick Texas newspaper, The Lone Star Iconoclast, called for Congress to award him the Medal of Honor, an effort that some found — pardon the pun — hard to swallow.” (Play theme music as weather and sports join news in giggles and groans. Fade to Wheel of Fortune.)

To while away my tremulous time, I now claim the invalid’s inveterate privilege of sharing my get-well cards with you, gentle reader. They are from my friends in the International Internet Intelligentsia, thought criminals all, like you and me. Though most are not members of Ghost Troop, the cyber-militia I command, they are comrades in cause, part of a wider circle that we refer to as Ghost Group. You may belong to it yourself. Read a bit, reflect a lot, and enjoy. — Captain May

9/6: Captain May – I honour you for getting The Truth out; I first came across your work and testimony through the Malcolm Lagouche book, The Mother of All Battles, and now through your columns here at VT. I just emailed all contacts at your hospital and asked what the hell is going on. Also; these staff workers, nurses and doctors: Why are they doing this? On whose orders? — Martin K in Sweden

9/7: This gives me the creeps. It’s almost like the nursing home my mother was in and stories I’ve heard from the local hospital. Sometimes, you’re so afraid to say anything because you don’t know what will happen to your loved one when you leave. The only thing I can think of is notifying the press. If you can get some idealistic, hungry, young reporter things may change. I just don’t know if it will be for the better. — Coffeecrimson

9/8: Thanks, Captain May. You show us what real courage is. You are a true American hero! You are quadriplegic in a hospital bed, and still fighting for the truth! This story needs to go viral as an inspiration and example of courage. — Russ Hallberg Jr.

9/9: This breaks my heart. No one should ever be treated like this! They certainly are not caregivers, they are more like monsters. You are in my thoughts and prayers Captain May. I wish I could be there by your side to kick them all in the ass and get you the care you deserve. Sad thing is this has to be happening to others. So very disgusting! — kelli

9/10: CPT May, my friend, as you recall, El Granma was an outlet that reported the truth 100% respective of my case — as your sharp mind will recall. Cuba is known for their great medical care, I wonder if they would offer to assist? Can you imagine the story and headlines if it happened? Get word back to me so that I can come to see you. — SFC Donald Buswell

9/12: Thanks and Greets Captain May, as always,forever vigilant,it would have been an exceptional honour to have served under you,sir.and you and especially your health are in all our prayers. I will spread your great article throughout the UK & Germany. — Colonel Whirly

9/13: Captain May, thank you for your service to our country and, just as important, thank you for being such a kind human being. Having spent some time with you recently I can say first hand that you’re an inspiration for everybody and I’m so glad your sharing the same room as my father. See you soon. — Carl Freeman

9/15: OMG! You really have to wonder what happens to the GI’s who don’t have a forum like VT, or equipment to speak out. Is the VA doing it’s job to cut costs through neglect and (deliberate) actions to empty the VA beds? You would think, Captain May, that with your editorials they would be especially careful not to hurt or mistreat you. This just goes to show that they don’t give a damn, and they think no one else will either! More and more wars, more and more disabled vets, and fewer and fewer people give a damn! I am frightened for our boys and girls in uniform and maybe even more so when they come back with an injury after serving so bravely. God help this nation! — Demarche

9/16: As a retired Nurse, I cannot comprehend how these people (who are assigned to care for you) can live with themselves. I remember feeling terrible if a patient were to gag while I was suctioning him. The level of cruelty you’ve described is beyond anything I’ve ever heard of. These people are supposed to be professionals, but this mistreatment of patients is anything but professional. Write to the State Board of Nurses Association in your state and report these monsters! Contact the State Board of Health Inspectors for a chart review of that facility, especially your chart. Not having you on telemetry is criminal. The only consolation for you for what these people have done to you is that they will have to stand before our Creator to give a full account of their actions. — Vindi

9/16: My Captain, you are again standing firm and shining the light on a problem that Dr. Hamer has been wrestling with for decades – the health system killing patients. Greetings to you and Gretchen from Australia. — Dr. Fredrick Toben

9/19: Salaam Eric, how are you? I read the articles about your experiences at the hospital. I am horrified about people like this attacking harmless people like you.. It is very good that you have the courage to expose them, I pray Allah (swt) to give protection, security and blessings to you and all your family.

May Allah (swt) grant you the full success in all aspects of your life. — Abu Salem, Islamic Intelligence, UK

“For we wrestle not against flesh and blood, but against principalities, against powers, against the rulers of the darkness of this world, against spiritual wickedness in high places.” — Ephesians 6:12