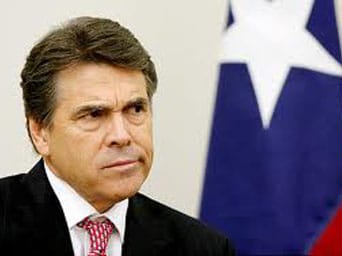 Since I began writing here earlier this year I have written about various subjects ranging from politics to two articles about barbecue; one about styles of BBQ, and one about BBQ equipment, but I never expected to write about politics and barbecue in the same article until now.

It seems that Texas Governor and Republican Presidential hopeful, Rick Perry has stuck his dusty cowboy boot in his mouth again. This time it is not about his remarks that Texas should consider  seceding from the Union or his denial of scientific evidence of global climate change. He did not propose compassion for the children of illegal immigrants or immunizations to keep young girls from getting cervical cancer, both good things he has done which actually hurt his position with the “Let them die or let them starve” crowd that is currently in charge of the GOP. He did not execute even more people with questionable convictions. He did not go hunting at “Nigger Head Ranch” again. No, what he did was far worse, he disrespected North Carolina barbecue. For this, he cannot be forgiven.

It has been reported that at the 1992 Republican National Convention, a barbecue tasting was held where Perry sampled beef tenderloin from Joe Allen’s Bar-B-Que of Abilene, Texas, and pulled pork from Kings Restaurant in Kinston, N.C. Perry, the then agriculture commissioner of Texas, tasted  the Carolina barbecue and declared, “I’ve had road kill that tasted better than that.”

In 2008, southern historians John Shelton Reed and Dale Volberg Reed wrote a book called “Holy Smoke: The Book of North Carolina Barbecue” In it they included Perry’s comments. Last month, reporters for the Raleigh News & Observer recalled the quote in the Reeds’ book and put it into the political debate, announcing to all who would listen that Perry was on record as saying that North Carolina barbecue tastes worse than road kill.

As might be expected, the reaction in North Carolina was quick and unpleasant. Newspaper columnists declared Perry unfit for office and demanded a retraction. The Smithfield’s Chicken N’ Bar-B-Q chain mailed Perry 2 pounds of pork barbecue and an open letter that said, “I strongly encourage you to revisit your experience with Eastern North Carolina Bar-B-Q and give you the opportunity to rectify your statement.. We hope you enjoy this sample and perhaps sway your opinion originally based on the snapshot experience you had with Eastern N.C. Bar-B-Q.”

Wilbur King of Kings Restaurant said. “He has admitted to eating road kill and knowing what it tastes like,” King told a local television reporter. “How can this person judge any food?”

On the website So Good – An Absurd Look at Food, an author identified only as J.T. remarked

“As the self-appointed embodiment of Texas, Rick Perry thinks that the only true form of BBQ come from beef. Conversely, North Carolinians like their BBQ to come from pork. Having lived in both locales, I can frankly say that Rick Perry lives up to his reputation, not only in picking the wrong smoked meat, but also for making his thoughts audible. For when you question NC BBQ, you question the hearts and minds of the state.

I know the beef vs. pork issue can be disputed (although it shouldn’t), but not Perry’s overall track record. If only this candidate was as humble and unadulterated as tender, juicy, vinegar-based pulled pork, he might have a horse in this race – and frankly, that might be all he has to chew on back at his ponderosa when the country starts to take notice, that is, if he runs out of road kill.”

What makes this politically significant is the fact North Carolina is an early primary state that Perry will have to win should he hope to get the GOP nomination for president. That means he has to atone to the pulled pork eating people of eastern North Carolina.

I suspect that during his next campaign swing in North Carolina Perry, will have to sit down at a good barbeque restaurant, such as Kings of Kingston, and enthusiastically devour a plate of pulled pork, with the vinegary Carolina sauce and all the trimming. He could be excused for saying that he grew up eating Texas beef BBQ and it is still his favorite, but he must convincingly say that he really likes N.C. style pulled pork.

This is not a new phenomenon as barbecue has been getting politicians into trouble for almost 200 years. In the early 19th century, candidates began attending barbecues and making stump speeches on literal stumps. Later, they discovered that barbecue and booze could attract large crowds, and campaigns began organizing barbecues solely for political purposes.

In 1827, one barbecue critic wrote, “The question [about a candidate] now, is not what is his mental capacity? But, what are the dimensions of his stomach? Not if he will enact wholesome laws? But, if he will drink raw whiskey, eat rawer shote, dance barefoot on a puncheon floor?”

Shortly before the Civil War, Stephen A. Douglas, the Democratic nominee, appeared at barbecues across the country. He introduced the first political barbecue to New York City, that featured a whole barbecued ox. The event quickly went south when a group of drunks broke through the fences around the serving area, overturned the tables and made off with large chunks of meat. A hundred police officers were needed to break up the mob, and the Douglas campaign was humiliated in the press. He lost to Abraham Lincoln.

Of course, all of this is just a silly political side show, but given the current state of political discourse, it might make a real difference Lord help us all.

The Birmingham Post (England) June 9, 2011 Dad can keep his beard under control with the Remington MB4110 Beard Trimmer Stubble kit, pounds 39.99 from Argos, Tesco and Amazon Play games on the go with this nifty Sony Ericsson Xperia PLAY. Free on a pounds 35 price plan with Vodafone (900 mins, unlimited texts and 750MB of mobile data).

www.vodafone.co.uk For the best of both worlds, this CD/MP3 Record Player with cassette deck, AM/FM-radio and USB/SD memory card slots is pretty nifty. pounds 94.99 from Clas Ohlson, Merry Hill or www.clasohlson.co.uk With a whole range of compatible cars and vehicles planned, the iBladez Flightstick is the world’s first remote control joystick. web site beard trimmer

Lost the TV remote down the back of the sofa? Despair no more. The Gear4 UnityRemote allows you to control TVs, digital TV boxes, Blu-ray players and hi-fis through your iPhone or iPod.

The system consists of two parts; a free app and the device itself which receives and transmits infrared and Bluetooth signals. Very clever.

pounds 99.99 from www.gear4.com, Amazon and John Lewis A retro delight, this Casio classic remote controller watch is pounds 60 from TruffleShuffle.com Ship ahoy! Take to the high seas – or the local boating pond at least – with the Nikko Sea Racer RC boat, pounds 22.99 from Clas Ohlson, Merry Hill Twitchers – as opposed to tweeters – will love this PURE Sensia digital radio (pounds 249.99). As with any of their radios with Flow technology, you can access the PURE birdsong library and listen to 50 different types of birdsong from robin to woodpecker. web site beard trimmer

The birdsong library will also be available on the go through the PURE Lounge iPhone App, which brings PURE’s radio and media portal (thelounge.

com) to iPhone, iPod Touch and iPad users. The Lounge App can be downloaded at the Apple iTunes App Store in the UK for pounds 2.99.

The Sensia, PURE’s touch-screen internetconnected digital radio, the Lounge iPhone App and the Lounge itself will also display illustrations of the birds to help identification.

If dad’s a petrolhead, then rather than buying him another Top Gear DVD, how about this Buckle Up key holder, pounds 12.99 from www.homegardenliving.co.uk or 0844 870 2706