Back on 1 September 2011 I posted a piece titled America’s FBI Goes Rogue. The gist of that piece was that the FBI’s Counter Terrorist Unit has transformed itself into an instigator of crime.

The Agency’s modus operandi (MO) here reminds one of those carnivorous plants that have evolved physical shapes that lure their insect victims to their deaths. So too does the FBI’s approach to “terror prevention” rely on spinning crime scenarios so as to lure unsuspecting “terrorists” into a criminal trap.

The recently announced arrest of the American-Iranian, Mansor Arbsibsiar, a “failed used car salesman turned drug peddler (who has a cousin employed by Iran’s Quds Force, the special operations unit of the Islamic Revolutionary Guards) falls neatly into this MO. The U.S. Justice Department alleges that Arbsibsiar planned to assassinate the Saudi Arabian ambassador in Washington. At the same time the Department assures us that, according to U.S. Attorney Preet Bharara, “for the entire operation, the government’s confidential sources were monitored and guided by federal law enforcement agents.” In this case the confidential source was a Drug Enforcement Agency operative, who is himself a convicted felon. According to Gareth Porter, the operative is heard on one of the FBI’s clandestine recording “inducing Arbarsiar to agree to the assassination of the Saudi ambassador.” That is entrapment and it is illegal. The “guides” are FBI agents who are involved in fabricating the crime itself. The result is a guaranteed arrest for the government. As Glenn Greenwald has noted, “nobody can deny its [the Department of Justice] record of excellence in thwarting its own terrorist plots.” And indeed, not unexpectedly, Bharara reminded us that during the entire “terrorist” episode, “no one was actually in danger.”

There has always been a fine line dividing the criminal from the police. That is why all major police departments have internal affairs units. The FBI’s Counter Terrorist Unit has obviously crossed that line. The precedent this sets is bad enough, but with this particular case the Justice Department has gone much further. They have charged a foreign country, Iran, with complicity in this alleged crime. It is supposed that Arbarsiar was recruited by his cousin to contact a Mexico drug cartel to assist him in the plot. This has let loose a plethora of threats by the United States government against Iran. President Obama himself has stepped forward to lead the charge. “This is not just a dangerous escalation, this is part of a pattern of dangerous and reckless behavior by the Iranian government….Even if Iran’s leaders did not have detailed operational knowledge, there has to be accountability with respect to anybody in the Iranian government engaging in this kind of activity.”

Part II – The Hypocrisy of it All

Since the Justice Department and the FBI have such a liking for the creative envisioning of criminal scenarios, perhaps we can do the same thing. Consider the following:

1. Someone in the depths of one of American’s many spy agencies, 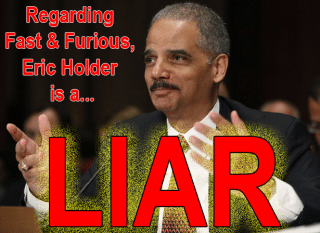 perhaps in cooperation with an allied nation, decides to assassinate Iranian nuclear experts. They decide to use proxies and go looking for guns for hire. They don’t go to Mexico for this, but rather to one of the Iranian exile groups with appropriate contacts inside Iran. The next thing you know a number of that country’s nuclear scientists and engineers end up dead. Soon thereafter President Amadinejad holds a news conference and says, “This is not just a dangerous escalation, this is part of a pattern of dangerous and reckless behavior by the U.S. government….Even if American leaders did not have detailed operational knowledge, there has to be accountability with respect to anybody in the American government engaging in this kind of activity.”

2. Now we move to the bowels of the Pentagon where someone has drawn up a list of people who are believed to be connected to Al Qaeda. Some of the names are put on the list because of “intelligence” reports citing second and third hand information. Some are more solid. One name is selected and the person’s approximate whereabouts goes out to the military geeks who program U.S. drones flying out of the Persian Gulf area. Some highly trained computer jockey then launches one of these drones and using an elaborate joystick flies the bomb with wings right to its target–which happens to be someone’s house. Maybe they kill their intended target and maybe they don’t. However, a goodly number of innocent folks unlucky enough to be in the neighborhood do die. After dozens of such attacks the President of Afghanistan or maybe Pakistan holds a news conference and says, “This is not just a dangerous escalation, this is part of a pattern of dangerous and reckless behavior by the U.S. government….Even if American leaders did not have detailed operational knowledge, there has to be accountability with respect to anybody in the American government engaging in this kind of activity.”

One could go on with such examples for a long time. The point is that President Obama and the host of other American politicians and officials who have gone on record with displays of righteous indignation over Iran’s alleged involvement in a plot to enter someone else’s territory for the purpose of assassination, are probably going to appear as embarrassing hypocrites in all future relevant and objective histories. One wonders if they even care.

Part III – Small Worlds All Around

Why do our political leaders act in such duplicitous and hypocritical fashion? To try to answer that question it helps to remember just how small and closed a world they live in. Their world is not an open field of public discourse or the vigorous debate of opposing viewpoints. Rather, It is bordered by the demands and points of view of interest groups that are themselves self-referencing when it comes to objectives and indifferent to morality and, indeed, truth beyond their own arena of action. Here are two relevant examples:

A. One self-referencing interest group is the law enforcement community which, given the chance, will begin to act in an authoritarian manner and thus with no real regard for rules or procedures that restrict the range of their powers. The 11 September 2001 attacks ushered in just such a chance for this special interest to justify actions beyond the Constitution. This behavior, in turn, has actually been encouraged by a large number of politicians catering to a majority of citizens most of whom care little for the rights they rarely exercise in their daily lives. As it turns out this majority appears quite willing to sacrifice those rights in the mistaken belief that doing so enhances their security.

B. Another self-referencing group is the Zionists and their supporters who also are instinctually authoritarian in their behavior and thus perfectly willing to disregard the Constitution to achieve their purposes. One of these purposes is the destruction of Iran. It is with their encouragement that more and more Congressmen and women are jumping on the anti-Iran bandwagon. It is with their encouragement that, hovering in the background of the televised denouncements of Iran are U.S. Treasury officials known to be personally pro-Israel. These officials are primed to institute sanctions on Iran’s central bank in the hopes of destroying that country’s economy. That their excuse to do so borders on farce disturbs them not at all.

Behind all of this lies the generic problem of getting the public, so tightly focused on their day to day activities to realize, on the one hand, that what they are told in the media and by the government is not necessarily true. In fact, more often then not, it is untrue. And, on the other hand, that the consequences of blindly following where these pied pipers lead can cause immense death and destruction. Just remember Viet Nam and Iraq. But many do not remember and so one is led to the conclusion that such self-destructive behavior can persist for generations.