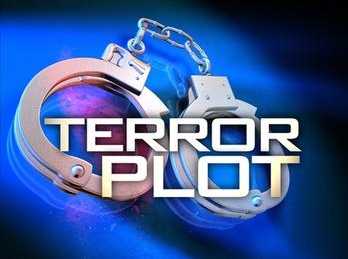 It’s a story that bears chilling similarities to the terror attacks conducted against Oklahoma City and New York City, but the Wednesday morning arrest of five Moroccan terrorist suspects in San Antonio quickly passed from the lurid to the ludicrous in media descriptions.

This is what they were saying in the morning:

Documents found inside the van showed the men, all in their 20s, had traveled extensively to high-level security facilities around the country, according to local media reports. Investigators also told the Associated Press that 90-day visas, maps, cell phones and computers were found inside the vehicle.

By the afternoon, though, the story had changed:

Officials in San Antonio say that the five foreign men arrested during a courthouse break-in early on Wednesday were pranksters who were likely intoxicated. “There is no reason to think this is a terrorist incident,” Bexar County Sheriff Amadeo Ortiz told reporters Wednesday afternoon.

Not coincidentally, FEMA has chosen that date for its first-ever Emergency Alert System Nationwide Test, during which it will take over all U.S. broadcast stations. The date on which the exercise was determined was 6/9/11, or 6911. Cryptanalysts read the 6 and 9 as “rotational twins” — the same numbers, only in different positions. This makes 6911 the same as 6611 and 9911; both numbers are sinister “numeric harmonics” of 9/11. The same number 6911 was used to encode the Japanese body count one week after Fukushima: Japan Death Toll Hits 6,911. 11/9/11, 11/10/11 and 11/11/11 will be days of exceptional danger, worldwide.

Working with such code analysis, I made a comment below my most recent publication at 5:00 a.m. on 10/19/11, in reply to my European colleague, Abu Salem of Islamic Intelligence. It anticipated the San Antonio terror scare story by a couple of hours:

Salaam! I am humbled by your kind remarks in the comments. I have been wanting to include Mr. Smith’s generous editorial in VT for some time, and couldn’t resist doing so on 10/19/11 (11911). Together with 1/19/11 and 11/9/11, today is one of only three palindromic date codes in this century with 911. Of course Cabalists are quite aware of this, which makes today and 11/9/11 most perilous.