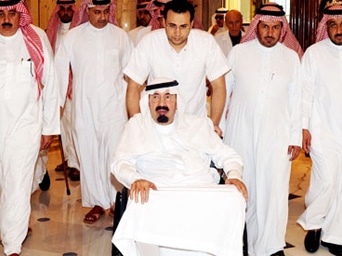 The death of the Saudi Crown Prince Sultan bin Abdul-Aziz Al Saud has dealt a strategic blow to the aging kingdom which is adamantly resistant to any form of social and political reform in the country.

Ironically, the country whose very name suggests the possessive nature of the Saud family has been converted from Hejaz to Saudi Arabia by the same family who now cling to power like mad.

Originally called Hejaz, the country has witnessed a number of different empires. The region enjoyed relative independence until the twentieth century. In 1916, Sharif Hussein bin Ali (1853-1931), the last of the Hashemite Sharifians, proclaimed himself king of an independent Hejaz and ruled over most of the land from 1201 to 1925.

As the head of the Arab nationalists, Sharif Hussein ibn Ali launched the Arab Revolt in June 1916 in alliance with Britain and France and succeeded in overthrowing the Ottoman Empire. With the conclusion of the war, Arab forces seized control of modern Jordan, most of the Arabian Peninsula and much of southern Syria.

The revolt was apparently initiated in reaction to the Ottoman pan-Turkic anti-Arab stance. Suffering political, cultural and linguistic persecution, the Arab nationalist groups in Syria, Iraq and Arabia joined in and together with the sons of Sharif Hussein bin Ali, Abdullah and Faisal, they started the Arab uprising against the Turks. Also known as the king of Mecca and the king of Arabs, Sharif Hussein bin Ali sought to create an independent Arab state which could stretch from Aleppo (Syria) to Aden (Yemen), with the aim of safeguarding cultural and traditional values and upholding Islamic ideals.

However, in 1925, Sharif Hussein ibn Ali was subjugated by Ibn Saud (1876 – 1953) of the region of Nejd. Ibn Saud who came to be known King Abdul-Aziz, renamed the country Saudi Arabia in 1932 and started supervising the discovery of petroleum in 1938. He fathered many children, including the subsequent Saudi kings. According to some sources, he had 22 wives and 37 children.

Wahhabism which has its roots in the teachings of an 18th century Muslim theologian named Muhammad ibn Abd al-Wahhab (1703-1792) has a large number of adherents in Najd, Saudi Arabia. Wahhabism which is built upon radical teachings has spawned many ideologically crooked-minded people who spare no efforts in disseminating their twisted ideas and promoting terrorism. The Wahhabis funnel millions of dollars to the terror groups in Pakistan and Afghanistan and elsewhere to stoke up chaos and religious dissent. Erroneous is the notion that Wahhabism is a form of Islam; it is rather a form of credo rooted in ethnic supremacy.

A great number of the Wahhabis belong to the al-Sudairi clan, a powerful clan which is currently at loggerheads with the al-Shammar. The al-Sudairi clan has been the most important clan of the Al Faisal branch of the Al Saud family since Fahd’s ascent to the throne in 1982. Now with the death of Prince Sultan bin Abdul Aziz, Prince Nayef bin Abdulaziz Al-Saud, another half-brother of King Abdullah and one of the al-Sudairi Seven is to become the crown prince. Since 1975, Nayef has been the Minister of Interior, supervising public security, civil defense, border police, special security and criminal investigation.

It is interesting to know that Fahd had seven full brothers. Among the sons of Ibn Saud, the al-Sudairi Seven (King Fahd along with princes Sultan, Abdel-Rahman, Nayef, Turki, Salman and Ahmed, all full brothers) occupy important governmental positions. However, neither Prince Abdel-Rahman nor Prince Turki has had any official positions so far.

Now ruled by an 86-year-old king, Saudi Arabia seems to be politically volatile in the wake of the death of the country’s crown prince. The king’s deteriorating condition and his impotence to make any effective decisions in running the country may plunge the country into uncertainty and possible tribal war over the power void created by the death of the crown prince. In this tribal nation where most of the important positions are doled out among those closest to the Saud family, any power vacuum can incur disastrous corollaries, inter alia, tribal war and political upheaval and even the disintegration of the country between the two powerful tribes.

The now shaky situation in Saudi Arabia is yet again exacerbated in view of the Arab uprisings which have swept across the Middle East and the North African countries. Sure enough, with much of the Arab world in turmoil demanding the ouster of their autocratic rulers as well as structural and political reforms, it would be naive to envisage a quiet transition in Saudi Arabia, a country which has long been ruled over by aged rulers but that which needs fresh blood to flow in the veins stiffened by age.