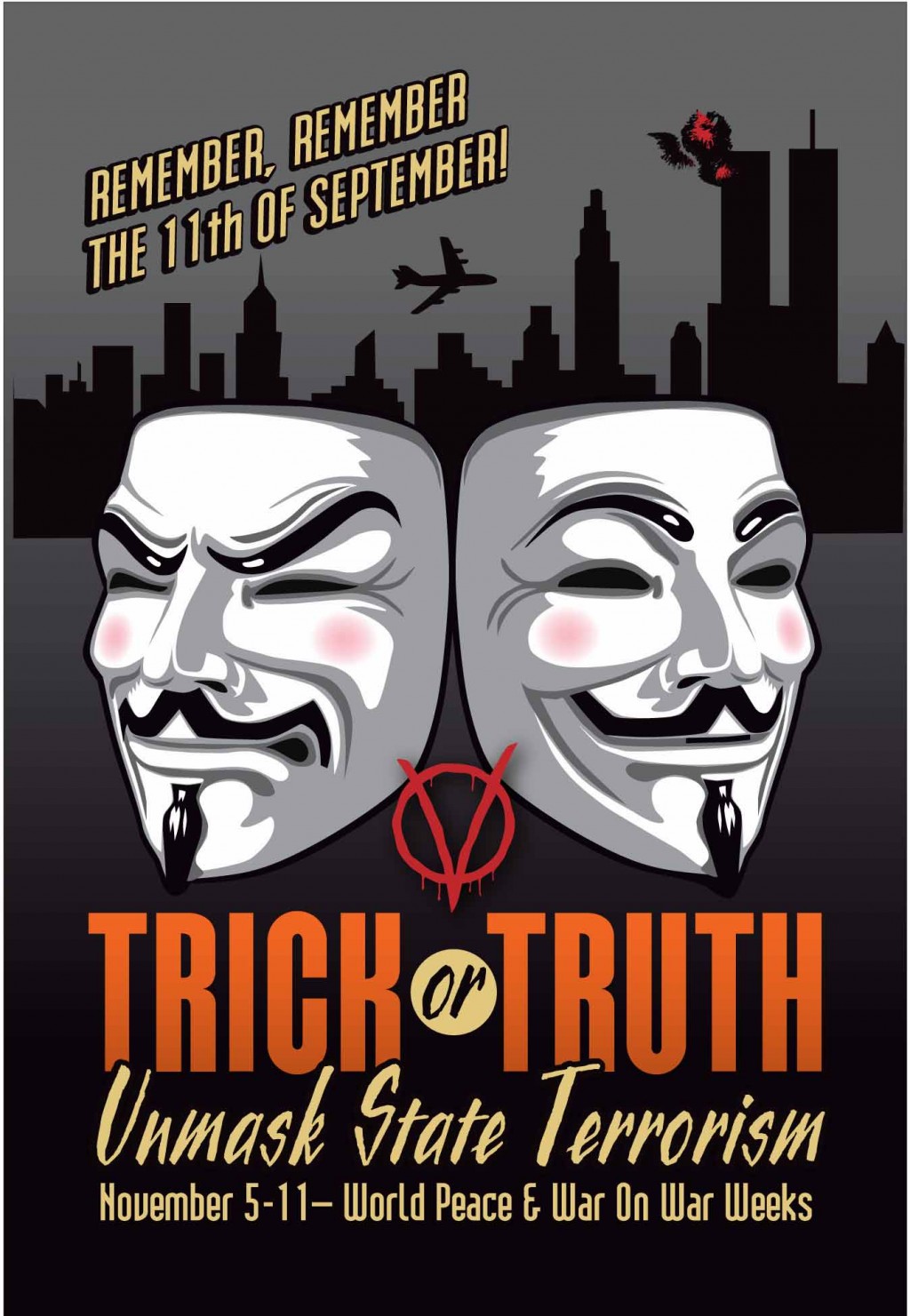 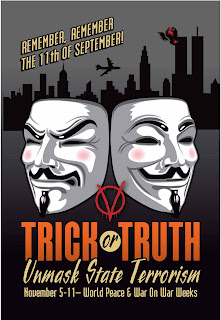 Remember, Remember the Fifth of November!

V for Vendetta may be the most revolutionary film ever made, but don’t expect the BBC to tell you that

“V for Vendetta masks: Who’s behind them?” the BBC recently asked.

They published a couple of vague, misleading answers.

The BBC quotes David Lloyd: “‘My feeling is the Anonymous group needed an all-purpose image to hide their identity and also symbolise that they stand for individualism – V for Vendetta is a story about one person against the system…’ ”

“…It is that image of collective identification and simultaneous anonymity that is appealing to Anonymous and other groups, says Rich Johnston, a commentator on the world of comics.”

Blathering about individual vs. collective, the lure of anonymity, etc., without grounding the interpretation in specifics from the film is the worst possible way to answer the question. As a literature teacher – I have four advanced degrees in literature and have taught everything from Chaucer to Hausa Literature to Philip K. Dick – I would award a D at best to any student who offered such a lame interpretation of a story’s central symbol.

So let’s get specific. The film V for Vendetta is about a masked superhero named V who takes violent revenge on a fascist government that came to power through a huge false-flag terror attack. Two of the bloodiest scenes involve revenge against a big media network – an amalgamation of Fox and BBC – that has been lying to the people, covering up the truth about the false-flag attack, and supporting the fascist regime.

In the first, V mounts a violent attack on the network in order to seize control and deliver the following speech:

In the second, V executes a media executive and talking head named Lewis Prothero – an amalgamation of Hannity/O’Reilly and Rupert Murdoch – who was complicit in the big false-flag attack (read: 9/11 and 7/7) and the subsequent media cover-up. Here is Prothero’s TV rant:

Interestingly, I can’t find youtube clips of either of V’s two violent assaults on the lamestream media. Is youtube censoring these scenes – in the same way that the BBC is censoring the real meaning of the V mask?

V for Vendetta may be the most revolutionary film ever made. Its obvious message is: Let’s get out there and visit some rough justice on the treasonous bastards who created the 9/11 and 7/7 media spectaculars, and destroyed the freedoms for which we’ve been fighting for centuries.

Watch V for 9/11 Vendetta: Past, Present and Future

It is also possible to read the film from an interior, psychological perspective: Rather than just a call to action, it’s about the psychological process of coming to terms with the 9/11 and 7/7 inside jobs,  by allowing oneself to feel the overwhelming anger that is the natural response. Once one has faced the facts, overcome fear, and come to terms with ones own righteous anger, THEN it’s time for revolution.

No wonder the BBC is afraid to admit what the V mask really means.

9/11 and the BBC Conspiracy