Home Veterans US War Rhetoric: The Road to Sedition 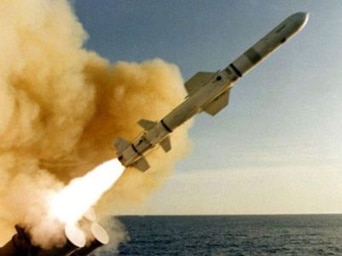 The rhetoric escalated even more in the US presidential debate on Saturday when some of the Republicans made it loud and clear that a war with Iran would be the ultimate solution to Iran’s nuclear program.

To hawkish Graham, attacking Iran’s nuclear sites is not enough and his ostentatious bellicosity towards the country extends beyond this move and includes covert attempts to “neuter this regime, destroy the air force, sink their navy, go after the Revolution Guard and try to get people in the country to overthrow the regime.”

Attacking the Iranian nuclear sites will not definitely be worth the military cost and energy Washington is planning to lavish on Iran. They need to do something more to guarantee their long-term interests in the country unless we naively believe that the US government is a benevolent government and that it makes its best efforts to bring democracy and prosperity to the beleaguered world!!!

However, Graham is not the only congressman who wishes to travel on the path of war with Iran. At Republican presidential debate on Saturday, candidates started beating their drums of war against Iran and one after the other ramped up their war rhetoric like they were participating in a marathon of threats.

There were of course some who suggested that the US government had better engage in a “maximum covert operations to block and disrupt the Iranian program, including taking out their scientists, including breaking up their systems, all of it covertly, all of it deniable.” These words were blatantly uttered by former US House speaker Newt Gingrich who has long been an advocate of using the CIA in Iran.

It is a long time since the US government has kept the Damocles sword hanging over Iran’s head and when a propitious occasion arises, it takes recourse to the old stratagem on Iran, makes a nuclear mountain out of a molehill and surreptitiously reaps the benefits of its threats.

Although the US government has launched a military invasion of Afghanistan and Iraq, the idea of mounting another war seems quite far-fetched. Washington has seen better days and today is not its best day to indulge in another military adventure particular on a country such as Iran whose government stands on firm grounds and one which enjoys overwhelming popular support.

The truth be told, Washington entertains some other motives in making such recklessly orgasmic threats against Iran.

In the sinking ship called ‘USA’, unemployment is too high, and the national debt tops 14 trillion dollars with thousands of people on the streets demanding social justice. Besides, there is no glimmer of hope for the deteriorated US economy and as Vladimir Putin, Russian Prime Minister, once said, “The United States lives on credit, which for one of the leading economies is very bad. They are living beyond their means and shifting their problems onto the rest of the world. To some extent, the US is a parasite on the world economy because of their monopoly of the dollar.”

In a desperate attempt to apply a poultice to its gaping wound, the US has resorted to any attempt including the demonization of Iran in the world especially in the eyes of the oil-rich countries. With this aim in mind, Washington can start an arms race in the region.

A recent report says that the Pentagon is planning to sell the UAE 4900 Boeing-made Joint Direct Attack Munitions [JDAMs] which are compatible with the country’s strike aircraft, specifically the US-made F-16s that comprise a large part (3 squadrons, around 80 aircraft) of the air force. In parallel with this policy, the US has also provided some of the Persian Gulf littoral states with advanced arms since 2008.

In 2010, the US government announced that it would be selling weapons to Saudi Arabia in one of the biggest arms sales in history. Under the terms of the deal, which is worth $60 billion, the United States will supply Saudi Arabia with 84 advanced F-15 fighter planes with electronics and weapons packages.  Also the 70 F-15’s already at the disposal of Saudi Arabia, will be upgraded. It has also been agreed that the US will supply Saudi Arabia with a huge fleet of nearly 200 Apache, Blackhawk and other helicopters as well as a large number of radar systems, anti-aircraft and anti-ship missiles, and guided bombs.

Obviously, the US is supplying weapons to regimes regardless of their authoritarian nature. In another deal of disgrace, Washington inked a new arms contract with the despotic Bahraini regime of King Hamad Al-Khalifa. Under its terms, the US will provide Bahrain with an additional $53 million of weapons. Strangely but sadly, the US pontificates about the Arab Spring on the one hand, but it provides dictatorial governments with state-of-the-art weaponries on the other.

Thanks to the long US-Israeli efforts in demonizing Iran and depicting the country as a global threat, Washington has been able to witness a remarkably lucrative flourish in the war industry and as the effect of Iran threat is being given greater force, the US government will be in a better position to surf on the waves of Iranophobia and reap the benefits of the threat in the form of their enormously lucrative arms sale deals.