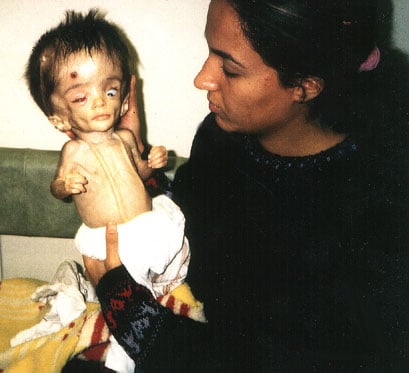 “Saddam never had any weapons of mass destruction but nevertheless, with the American invasion of Iraq, the Iraqis were destined to experience what it really meant to be bombarded with such weapons.”

It is still one of my most vivid memories ever, as I’m sure it is for many others. …The planes crashing into the towers, the hysteria and the blunders of the mainstream media, the initial silence and ineptness of the white house, and people all over the world glued to their TVs as they watched in amazement the towers of the world trade center collapse like a house of cards on September, 9, 2001.

9/11, … I knew that day that what I had just witnessed was going to haunt not only the United States but the whole world for years and years to come.

Nearly 3000 innocent people were killed in the terrorist operation most of them were Americans and as voices on the American street began to call for a swift action on part of the white house to retaliate the horrific attacks, the Bush/Chiney administration wasted no time and spared no expense, as if they had it all preplanned in advance, and before we knew it the American planes were bombing Afghanistan& Iraq- two countries that never posed any threat to the US.

But what did it matter, and why should anyone care that American boots were once again on foreign grounds as long as we were told that the boys were after Bin laden and his gang and hunting down Saddam to rid the world of the threat of his weapons of mass destruction.

Surely this whole war was a set up, for Saddam never had any weapons of mass destruction but nevertheless, with the American invasion of Iraq, the Iraqis were destined to experience what it really meant to be bombarded with such weapons.

It was no secret, though may be still unknown to a lot of people, that the American and the so called coalition forces used Depleted Uranium ammunition in their air bombardment and on ground combat operations in Iraq.

For you who are not familiar with Depleted Uranium (DU) I would say that it is a carcinogenic heavy metal material that also emits alpha and gamma radiation. Once a particulate of DU has found its way into an organ such as the bone, the lungs, etc, it will be like having a tiny x-ray machine inside you, No way to get rid of it and moreover Cancer and birth defects are likely to be coming your way. It can never be cured and DU will last in the environment for eternity. Cool hey.

It is a waste material of the Nuke industry and in the battlefield it becomes aerosolized and thus its deadly dust particles become a permanent part of the world’s environment. It cannot be cleaned from the environment–ever! Its use is immoral and a crime against all humanity. The U.S. is a world major producer and the American army in Iraq has used tons of it.

The official estimates say that 9/11 victims were close to 3000. but if we bear in mind that the war in Iraq was an inseparable consequence to the New York attacks, and considering the hundreds of thousands Iraqis who actually lost their lives and the thousands who are born every day with congenital deformities, mental retardation and cancer due to their exposure to the radioactivity emitted from the abundant use of Depleted Uranium ammunition throughout the years of the war on Iraq, we could so easily add a couple of more zeros to the official New York estimate and still, we would be far from the actual victims toll of 9/11.

Since May of last year, there has been a ferocious debate over the building of some Islamic cultural center near ground zero, or what was known as ground zero mosque. The American public opinion had been galvanized against this idea of a Muslim community center near the place where the 9/11 attacks happened. The main argument, including the president’s, was that choosing a spot near ground zero for the Islamic community center was totally lacking in wisdom as it hurt the feelings of the families who lost their loved ones in 9/11.

A nonprofit organization was founded in October 2001 by families of those who died in the September 11 terrorist attacks (FOS11). Its mission is to raise awareness about the effect of terrorism and public trauma and to champion domestic and international policies that prevent, protect against, and respond to terrorist acts.

Great mission indeed, but where FOS11 stand on the devastating and utterly futile Iraqi war, which has supposedly been waged on their behalf. I mean if they have been tremendously hurt by the building of a cultural community center aimed at bridging the gap between different creeds and cultures, then it would be fair to assume that the indiscriminate killing of more than one million innocent Iraqis must have been devastating news for them- putting in mind how they defined who they are and what their mission is.

I know that every human life counts and that FOS11 have been through a lot, but for that same reason I think they should have taken a firm stand against the military vendetta following 9/11 that has been tragically playing out for almost ten years.

The deaths of Iraqi children should have affected them in the same way losing their loved ones did. They, besides remembering 9/11 and participating in conferences and media events, should have explicitly said no to the post-9/11 wars on innocent people.

The families of September 11 should have made it clear that targeting innocent people with highly toxic and carcinogenic DU ammunition is not their idea of feeling vindicated or serving justice.

Their tragic loss shouldn’t have been the White House’s pretext for bombarding and shelling innocent people – who had nothing to do with 9/11 in the first place- with DU ammunition that turned their life into a nightmare that keeps recurring every time a child gets born in Fallujah or Baghdad.

Warning: The following video contains some very disturbing scenes. But we urge you to stick with it to the very end as the award winning Dateline reporter, Fouad Hady travels to Baghdad & Fallujah to investigate the devastating effects DU ammunition had on the new generation of Iraq’s newly born infants.