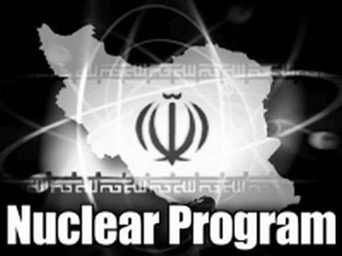 Last week the United Nation’s nuclear watchdog released a report stating there was evidence that Iran was working to achieve nuclear weapons capabilities.

Currently there are five different House committees considering H.R. 1905, which seeks to impose sanctions on Iran in an attempt to disrupt Tehran’s nuclear program.

H.R. 1905 was introduced by one of Israel’s most ardent acolytes, Representative Ileana Ros-Lehtinen (R-FL) Chairwoman of the House Foreign Affairs Committee who also introduced a bill to cut off US funding to any UN organization that recognizes Palestinian statehood.

H.R.1905 will make sanctions more indiscriminate, make sending money to and from Iran more difficult and revoke the President’s humanitarian waiver for civilian aircraft parts and repairs for Iran. H.R. 1905 will also make war more likely by making it illegal for U.S. officials to engage their Iranian counterparts.

A supporter of indiscriminate sanctions, Representative Brad Sherman (D-CA), said, “Critics [of the sanctions] argued that these measures will hurt the Iranian people. Quite frankly, we need to do just that.”

Central bank sanctions were implemented in the 1990s against Iraq but they failed to change or displace Saddam Hussein’s regime but contributed to the humanitarian suffering of innocent Iraqis.

A co-sponsor of H.R. 1905 is Tea Party incumbent Richard Nugent, who I am running against for US Representative in 2012, from Florida’s 5th District.

Last May while I was in his D.C. office I gifted Congressmen Nugent with a copy of BEYOND NUCLEAR: Mordechai Vanunu’s FREEDOM of SPEECH Trial and My Life as a Muckraker: 2005-2010 . Nugent apparently never read and he is like most US politicians who persist to ignore the elephants in the world:

Also on March 17, 2011, Prof. Uzi Even, a former top official at Israel’s Dimona nuclear facility-which is similar in technology to the reactors in Japan- said:

“The reactors were built about the same time, 40-50 years ago. In principle, the planning of the reactors is similar. The soft underbelly is the cooling system, which must be operated with great force, even after the reactor is turned out. If there is a breakdown in the cooling system, it will cause the core to collapse. That’s what happened at the Japanese reactors.

“While we don’t have tsunamis or such strong earthquakes, the chances of a breakdown in the cooling system, either by chance or deliberately, are very great. Our reactor is 50 years old, far older than what is permitted to operate in other countries. Another factor here, which is absent in Japan, is the possibility of deliberate sabotage of the reactor’s cooling system. We have enough crazies who wouldn’t hesitate to do it if they could.” [2]

In 1946, in response to the nuclear ‘crazies’ American historian and philosopher Lewis Mumford opined: “You cannot talk like sane men around a peace table while the atomic bomb itself is ticking beneath it. Do not treat the atomic bomb as a weapon of offense; do not treat it as an instrument of the police. Treat the bomb for what it is: the visible insanity of a civilization that has ceased…to obey the laws of life.”

On CNN last Monday, Pierce Morgan interviewed President Shimon Peres who said that he “wouldn’t suggest to start immediately with a military operation” as the first option to thwart Iran’s race for a nuclear bomb adding that Tehran’s support of terror was as much a global concern as the economic crisis and that the international community should engage in a “moral” attack on Iran, not a military one.

Peres called Iran “a spoiled country, it’s morally corrupt” and that he “would rather prefer to see tighter economic sanctions, closer political pressure and what is lacking very much is an attack in the moral sense.” [3]

In 1963, Shimon Peres was Israel’s Deputy Minister of Defense and he met with President John Kennedy at the White House.

By September of 1986, Peres was convulsing over Mordechai Vanunu, who had been employed as a lowly tech in Peres’ progeny; Israel’s clandestine underground nuclear weapons center in the Negev called the Dimona.

Peres ordered the Mossad, to “Bring the son of a bitch back here.”

Vanunu’s kidnapping included a clubbing, drugging and being flung upon an Israeli cargo boat and shipped back to Israel for a closed-door trial. After 18 years in prison, over 7 years under 24/7 surveillance, 78 days in solitary confinement in 2010 because he spoke to foreign media in 2004 and multiple appeals seeking the right to leave the state, Vanunu remains captive in Tel Aviv waiting for the freedom to fade into the world instead of continuing to make headlines.

“Vanunu told the world that Israel had developed between one hundred and two hundred atomic bombs [in 1986!] and had gone on to develop neutron bombs and thermonuclear weapons. Enough to destroy the entire Middle East and nobody has done anything about it since.”-Peter Hounam, 2003 for the BBC.

Israel’s warheads stand ready to be fired from the Negev desert and despite America’s war on Iraq to destroy Saddam Hussein’s nonexistent weapons of mass destruction, the US Government continues to give their political, economic and moral support to a country that has amassed undisputed and still uninspected weapons of mass destruction in the leaking dinosaur that is the Dimona Nuclear Facility.

President Peres has rejected the notion that Israel would act alone against Iran’s nuclear program stating, “I don’t think we have to feel alone in that respect. Israel will first of all see what the world is doing. We don’t want to jump alone, we are part of the civilization of the family of international responsible countries and we expect that leaders that make a promise will fulfill it.” [Ibid]

“Some argue that the spread of these weapons cannot be stopped, cannot be checked – that we are destined to live in a world where more nations and more people possess the ultimate tools of destruction. Such fatalism is a deadly adversary, for if we believe that the spread of nuclear weapons is inevitable, then in some way we are admitting to ourselves that the use of nuclear weapons is inevitable.

“As the only nuclear power to have used a nuclear weapon, the United States has a moral responsibility to act…It will take patience and persistence. But now we, too, must ignore the voices who tell us that the world cannot change. We have to insist, ‘Yes, we can.’

“There is violence and injustice in our world that must be confronted. We must confront it by standing together as free nations, as free people. I know that a call to arms can stir the souls of men and women more than a call to lay them down. But that is why the voices for peace and progress must be raised together.

“Words must mean something [and] violence and injustice must be confronted by standing together as free nations, as free people…[and] Human destiny will be what we make of it.”

And morality calls for a free Vanunu, universal nuclear disarmament and a nuclear weapons-free world.