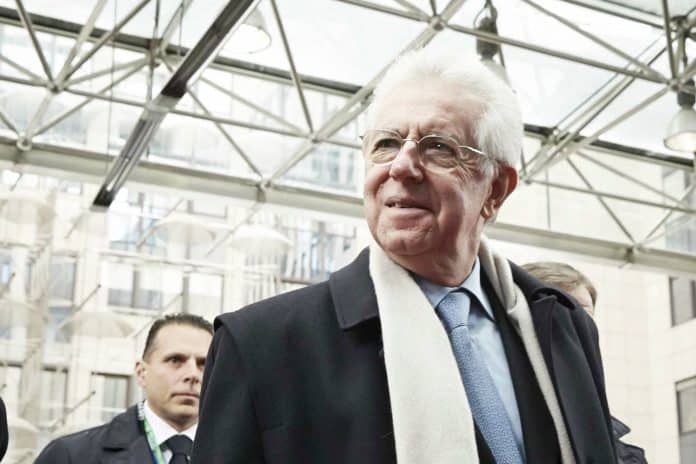 Folks, if you don’t know, it’s time to read the writing on the wall.  We are in the middle of the creation of the new One World Government.  As evidence, follow the actions of the Trilateral Commission.

Recently they got their man, Mario Monte, their European Chair, appointed as Prime Minister of Italy.

Monti, an Italian economist, academic, and former Minister of Economy and Finance is now overtly and publically leading Italy into the future towards a one-world government in the New World Order.

As a leading global financial oligarch, Monte served as a European Commissioner from 1995 to 2004.  He was responsible for the Internal Market, Services, Customs, and Taxation from 1995 to 1999 and then for Competition from 1999 to 2004.

He has also been the Rector and President of Bocconi University. He was appointed a Senator for Life in the Italian Senate on 9 November 2011 and soon after was invited by President Giorgio Napolitano to lead a new technocratic government in Italy following the resignation of Silvio Berlusconi.

Oh and he is a senior adviser at Goldman Sachs.  Starting to stink yet?

Most of us in the Occupy world know that the Trilateral Commission was originally created in 1973 to bring together experienced leaders within the private sector to discuss issues of global concern at a time when communication and cooperation between Europe, North America, and Asia were lacking.

The Commission has grown since its early days to include members from more countries in these regions, and it continues to find that study and dialogue about the pressing problems facing our planet remain as important today as in 1973. Problems and threats have changed, but their importance has only increased due to the more interconnected and interdependent world along with the complete corporate takeover of the former free governments of the world.

Although they are very small groups and meet only a few times each year, the Trilateral Commission is widely seen as the group that has begun the thrust towards a new One World Government under one financial system controlled by the few who run the world.