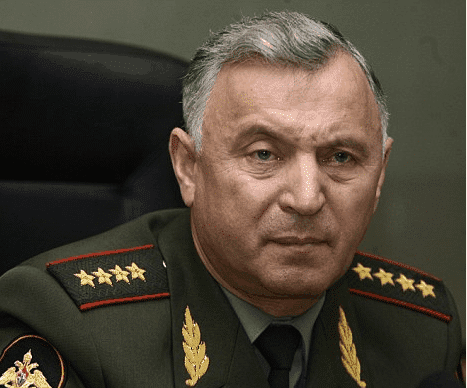 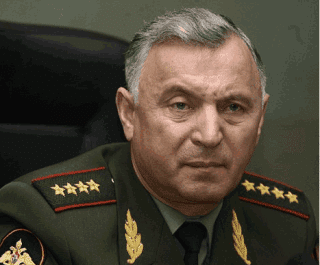 In a November 17th speech to Russia’s parliament, General Nikolai Makarov, chief of the General Staff of the Russian armed forces, spoke of concerns over NATO’s expansion eastward and stated that the risks of Russia being pulled into local conflicts have “risen sharply.”

Countries who previously were members of the Warsaw Pact and have since become NATO members include Poland, Hungary, the Czech Republic, Latvia, Estonia and Lithuania. Russia also has deeply strained relations with Georgia after a 2008 war over two disputed provinces. Georgia is seeking NATO membership. Ukraine, at one point indicated its plans to align with Western powers, but it is now ruled by a pro-Russia president, and its liberal opposition leader has been imprisoned.

According to Russian news agencies, Makarov stated that “under certain conditions local and regional conflicts may develop into a full-scale war involving nuclear weapons.” The general said: “The possibility of local armed conflicts along nearly the whole border has increased dramatically. In certain conditions, I do not rule out local and regional armed conflicts developing into a large-scale war, including using nuclear weapons.”

General Makarov, 62, was a former platoon commander for the Red Army in East Germany and has served in many posts in strategically sensitive areas for Moscow. Before the breakup of the Soviet Union, he served with forces in Siberia, and after the breakup was chief of staff of Russian forces in Tajikistan. As a protégé of Vladimir Putin, he was land and seashore commander of the Baltic Fleet, and later first deputy commander, Moscow Military District. He has been Russian chief of defense staff since 2008, and also serves as a deputy defense minister.

A steady decline in Russia’s conventional forces has prompted them to rely increasingly on their nuclear deterrent. Makarov also said Russia is struggling to get enough recruits for the 1-million man military, as the number of draftees has shrunk dramatically because of demographical changes. He said that the military is aiming to eventually form an all-volunteer army. He didn’t mention a specific time frame. This is a major change in their previous position that Russia needs to maintain the draft because an all-volunteer military would be too costly.

Makarov also warned that the pullout of US and other NATO forces from Afghanistan could trigger conflicts in neighboring ex-Soviet nations that could “grow into a large-scale war.”

Russia’s military doctrine says it may use nuclear weapons to counter a nuclear attack on Russia or an ally, or a large-scale conventional attack that threatens Russia’s existence.

Unfortunately, the US may have already opened the nuclear Pandora’s box in Iraq. If you have been reading VT in the last few weeks, you know that our staff has uncovered conclusive evidence of the use of small scale nuclear weapons in Iraq. The US admits use of “depleted uranium” in its weapons systems which presents a very dangerous health hazard on its own, but high level traces of weapons grade uranium 235 have also been found. This could not come from depleted uranium and is only used in nuclear weapons and reactors. Since there are no leaking reactors in the area, the only logical conclusion is that “someone” used nuclear weapons there. We make and possess these types of weapons. Russia and Israel also have them. Draw your own conclusions.

We have also uncovered evidence that Iran has multiple nuclear warheads purchased from Ukraine in 2003. Even though, at this point, they are not of any real tactical value to Iran, their mere presence could trigger a conflict. Couple this with the proposed “fake” war between Iran and Israel and you have a potential lit fuse.