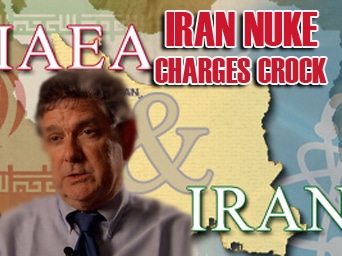 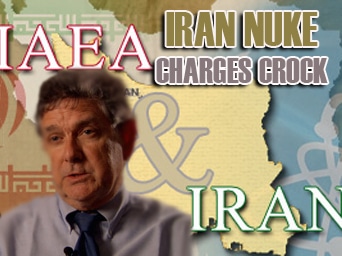 Many Washington pundits who championed the false tales about Iraq’s WMD have returned to center stage in the new accusations about Iran’s alleged nuclear weapons program. And some of the Iran charges are falling apart just like the Iraq ones, as Gareth Porter reports.

A former inspector for the International Atomic Energy Agency (IAEA) has repudiated its major new claim that Iran built an explosives chamber to test components of a nuclear weapon and carry out a simulated nuclear explosion.

The IAEA claim that a foreign scientist – identified in news reports as Vyacheslav Danilenko – had been involved in building the alleged containment chamber also has now been denied firmly by Danilenko himself in an interview with Radio Free Europe published on Friday.

The latest report by the IAEA cited “information provided by Member States” that Iran had constructed “a large explosives containment vessel in which to conduct hydrodynamic experiments” – meaning simulated explosions of nuclear weapons – in its Parchin military complex in 2000.

The report said it had “confirmed” that a “large cylindrical object” housed at the same complex had been “designed to contain the detonation of up to 70 kilograms of high explosives”. That amount of explosives, it said, would be “appropriate” for testing a detonation system to trigger a nuclear weapon.

But former IAEA inspector Robert Kelley has denounced the agency’s claims about such a containment chamber as “highly misleading”.

Kelley, a nuclear engineer who was the IAEA’s chief weapons inspector in Iraq and is now a senior research fellow at the Stockholm International Peace Research Institute, pointed out in an interview with the Real News Network that a cylindrical chamber designed to contain 70 kg of explosives, as claimed by the IAEA, could not possibly have been used for hydrodynamic testing of a nuclear weapon design, contrary to the IAEA claim.

“There are far more explosives in that bomb than could be contained by this container,” Kelley said, referring to the simulated explosion of a nuclear weapon in a hydrodynamic experiment.

Kelley also observed that hydrodynamic testing would not have been done in a container inside a building in any case. “You have to be crazy to do hydrodynamic explosives in a container,” he said. “There’s no reason to do it. They’re done outdoors on firing tables.”

Kelley rejected the IAEA claim that the alleged cylindrical chamber was new evidence of an Iranian weapons program. “We’ve been led by the nose to believe that this container is important, when in fact it’s not important at all,” Kelley said.

The IAEA report and unnamed “diplomats” implied that a “former Soviet nuclear weapons scientist”, identified in the media as Danilenko, had helped build the alleged containment vessel at Parchin. But their claims conflict with one another as well as with readily documented facts about Danilenko’s work in Iran.

The IAEA report does not deny that Danilenko – a Ukrainian who worked in a Soviet-era research institute that was identified mainly with nuclear weapons – was actually a specialist on nanodiamonds. The report nevertheless implies a link between Danilenko and the purported explosives chamber at Parchin by citing a publication by Danilenko as a source for the dimensions of the alleged explosives chamber.

Associated Press reported on Nov. 11 that unnamed diplomats suggested Volodymyr Padalko, a partner of Danilenko in a nanodiamond business who was described as Danilenko’s son-in-law, had contradicted Danilenko’s firm denial of involvement in building a containment vessel for weapons testing.

The diplomats claimed Padalko had told IAEA investigators that Danilenko had helped build “a large steel chamber to contain the force of the blast set off by such explosives testing.”

But that claim appears to be an effort to confuse Danilenko’s well- established work on an explosives chamber for nanodiamond synthesis with a chamber for weapons testing, such as the IAEA now claims was built at Parchin.

One of the unnamed diplomats described the steel chamber at Parchin as “the size of a double-decker bus” and thus “much too large” for nanodiamonds.

But the IAEA report itself made exactly the opposite argument, suggesting that the purported steel chamber at Parchin was based on the design in a published paper by Danilenko. The report said the alleged explosives chamber was designed to contain “up to 70 kg of high explosives” which it claims would be “suitable” for testing what it calls a “multipoint initiation system” for a nuclear weapon.

But a 2008 slide show on systems for nanodiamond synthesis posted on the Internet by the U.S.-based nanotechnology company NanoBlox shows that the last patented containment chamber built by Danilenko and patented in 1992, with a total volume of 100 cubic meters, was designed for the use of just 10 kg of explosives.

An unnamed member state had given the IAEA a purported Iranian document in 2008 describing a 2003 test of what the agency interpreted to be a possible “high explosive implosion system for a nuclear weapon.” David Albright, director of a Washington, D.C. think tank who frequently passes on information from IAEA officials to the news media, told this writer in 2009 that the member state in question was “probably Israel.”

Although the process of making “detonation nanodiamonds” uses explosives in a containment chamber, the chamber would bear little resemblance to one used for testing a nuclear bomb’s initiation system.

The production of diamonds does not require the same high degree of precision in simultaneous explosions as the initiator for a nuclear device. And unlike the explosives used in a multipoint initiation system, the explosives used for making synthetic nanodiamonds must be under water in a closed pool, as Danilenko noted in a 2010 PowerPoint presentation.

Having endorsed the IAEA’s claims, Albright concedes in a Nov. 13 article that the IAEA report “did not provide [sic] Danilenko’s involvement, if any, in this chamber.”

In an interview with Radio Free Europe on Friday, Danilenko denied that he has any expertise in nuclear weapons, saying, “I understand absolutely nothing in nuclear physics.” He also denied that he participated in “modeling warheads” at the research institute in Russia where he worked for three decades.

Danilenko further denied doing any work in Iran that did not relate to “dynamic detonation synthesis of diamonds” and said he has “strong doubts” that Iran had a nuclear weapons program during those years.

Albright and three co-authors published an account of Danilenko’s work in Iran this week seeking to give credibility to the IAEA suggestion that he worked on the containment chamber for a nuclear weapons program.

The Albright article, published on the website of the Institute for Science and International Security, said that Danilenko approached the Iranian embassy in 1995 offering his expertise on detonation diamonds, and later signed a contract with Syed Abbas Shahmoradi who responded to Danilenko’s query.

However, Sharif University had just established an Institute of Nanoscience and Nanotechnology in 2005 that was intended to become the hub for nanotechnology research activities and strategy planning for Iran. So Sharif University and Shahmoradi would have been the logical choice to contract one of the world’s leading specialists on nanodiamonds.

Gareth Porter is an investigative historian and journalist specialising in U.S. national security policy. The paperback edition of his latest book, Perils of Dominance: Imbalance of Power and the Road to War in Vietnam, was published in 2006.

This story was first published by Inter Press Service. www.ipsnews.net/