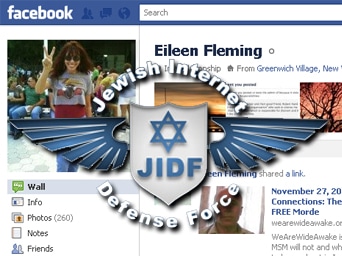 A few days before a friend in Tel Aviv alerted me to a story in Haaretz written by Yossi Sarid, my most recent struggles with Face Book began.

Sarid is a commentator and columnist, author of six books, had been a member of the Knesset for 32-years and head of the Meretz* party from 1996 to 2003. Sarid wrote regarding a book that had upset SECURITY which was published three years ago and is a work of fiction.

In the last chapter Shimon Peres and Ben-Gurion have a conversation that came from the imagination of Sarid who wrote, “A week has passed and I’m still wondering who the hell sent those security people to attack the book and me, and what exactly he wanted to achieve. And why now of all times?

“I know that you consider an all-out war a terrible mistake,” says Peres to Ben-Gurion in the last chapter, the “problematic” one.

“Once again we will swallow up refugee camps in Gaza and the West Bank and we won’t be able to spit them up. We will sow destruction in Jerusalem and the places sacred to Christianity and Islam, and the world won’t accept it. We will reach the Suez Canal and be expelled as we were in 1956, we will ascend the Syrian heights, and once we go up we won’t be able to come back down except by force.”

“So this is my idea,” Peres says to B-G on page 194, revealing his secret thoughts. “Israel will conduct a nuclear test, and those who want to destroy us will understand that we cannot be destroyed, and the war will become unnecessary…. I’m leaving you my idea, think about it, and if worse comes to worst, Ben-Gurion, you can propose it discreetly to the cabinet.

“And B-G concluded that everyone was already seized by insanity, everyone was riding a wild horse and behaving crazily, even Shimon.”

Do I have to point out again that I invented the entire conversation? Is the reality once again surpassing my power of imagination?

A week has passed and I’m still wondering who the hell sent those security people to attack the book and me, and what exactly he wanted to achieve. And why now of all times? Does anyone have a theory? [1] 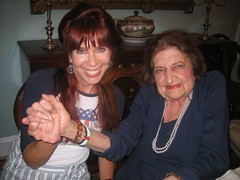 I have a few but mostly I wonder ‘why now of all times’ is my Facebook Wall being screwed with again! And as soon as this article is published by Veterans Today, this Eileen Fleming with 2419 Face Book Friends will be deactivated:

My new Wall features this icon which is a statement of respect and in support of Helen Thomas who is sporting her Palestinian flag bracelet and another one of the Saints:

As an Administrator of Free Mordechai Vanunu I have been struggling for months with Bulletins not being disseminated and news feeds not being fed; but my last few weeks of experiences kept reminding me of my first deactivation from Face Book in 2009 that occurred the day after posting my last Bulletin at Letters to Netanyahu and Obama: FREE VANUNU NOW which was a Cause I had created and was the only administrator of:

The Verdict: NOT Just!
Restrictions on Vanunu to be reviewed in 6 months

Vanunu told the court that in order to have the restrictions lifted, he was willing to pledge that he would never again speak about matters concerning national security in public. He added that he wanted to get out from under the Shin Bet and the Mossad’s control, and that he would like to leave Israel permanently.

On the 7th of July 2009, my Face Book account was deactivated by the powers that be at Face Book while I was in the midst of posting the following at Letters to Netanyahu and Obama: FREE VANUNU NOW

I never received a reply as to why I was banished-deleted-censored from Face Book within hours after Supreme Court President Dorit Beinish continued Vanunu’s restrictions stating Vanunu’s “case is still generating great interest, like any other security-related case. The media’s attention he gets is proof of that.”

IF only that were true the world would be waiting with baited breath as to WHY the Israeli Supreme Court is still delaying rendering a decision on Vanunu’s appeal to revoke his citizenship as a step to gaining his freedom from Israel:


On the day after Thanksgiving 2011, I updated my Face Book status:

What’s on my mind is how FB screws with truth disseminators!

“An organization on the Internet called Jewish Internet Defense Force has bragged on its website that they have gotten rid of two FB organizations they believed to be too anti-Semitic and too anti-Israel. The two organizations were taken off – I don’t know how they did it – according to the JIDF because FB would not too it.

“They consider any organisations “hate” organisations if they criticize Jews, Zionists or Israel. They list their goals as: Leading the fight against anti-Semitism and Terrorism on the Web; Coordinating Concerned Citizens around the Globe; Promoting Jewish Pride, Knowledge, and Unity.

“My point is that it was probably members of this organisation JIDF posting links on the walls of people they disagree with, not FB though it is Jewish owned – Mark Zuckerberg, Sheryl Sandberg, Dustin Moskovitz.

“The JIDF has been sabotaging web pages. Most of the saboteurs are from Israel but are Jews from around the world. The JDIF is an organisation on FB with more than 50,000 members. Check out their site and the hate that they spew toward Christians and any person they believe to be anti-Zionist or anti-Israel. People on FB need to know of their existence. They are censors and monitor You Tube and make comments favorable to Israel on FB and have infiltrated all anti-Zionist organisations on FB.”

The Jewish Internet Defense Force is also a Non-Profit organization that solicits funds via PayPal and as of this writing their most recent post reads:

Our job involves a fair amount of “detective” work and research. Some solid Jewish pro-Israel activists are currently being harassed by an anonymous person who was a 1983 graduate of the Bronx High School of Science. The person is trying to breach the privacy, safety, and security of pro-Israel Jews. So we’re trying to find out who this person is and we’re wondering if any of you help us obtain a yearbook from that year? Please write us if you can help….

Time will tell if the JIDF will consider the above truth a threat to their security but back to Sarid who asked, “who the hell sent those security people to attack the book and me, and what exactly he wanted to achieve. And why now of all times? Does anyone have a theory?”

My theory is that the god of SECURITY is worshipped by insecure people and as Lewis Mumford nailed nuclear insanity in 1946 I quote him:

“You cannot talk like SANE men around a peace table while the atomic bomb itself is ticking beneath it. Do not treat the atomic bomb as a weapon of offense; do not treat it as an instrument of the police. Treat the bomb for what it is: the visible INSANITY of a civilization that has ceased to obey the laws of life.”

Article 19 affirms: “Everyone has the right to freedom of opinion and expression; this right includes freedom to hold opinions without interference and to seek, receive and impart information and ideas through any media and regardless of frontiers.”

Article 13. (2) Everyone has the right to leave any country, including his own, and to return to his country.

Article 14. (1) Everyone has the right to seek and to enjoy in other countries asylum from persecution.

It is not a theory but a simple truth and one reason why Vanunu continues to wait for his right to leave Israel- as he explained in 2010, just prior to 78 days back in solitary confinement because he spoke to foreign media in 2004!

Meretz is a left-wing Zionist, social democratic political party in Israel that emphasizes peace with the Palestinians, human rights (especially for ethnic and sexual minorities), religious freedom and environmentalism.