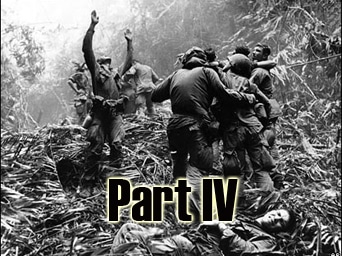 This gaggle of columns (parts one thru four) was a big bite, and we are still chewing it.

Establishing control of the blossoming world of oil export was only half of the goal of the Crown in the machinations following both WWI and WWII. The two world wars were merely all one manipulated global-changing activity.

To fully understand where we are going, we need to delve into a little modern history of Institutional Churchianity because it is the combination of Jewish Zionist and Churchist Zionist belief systems that provides the political base for America’s unfettered support of modern Israel and the never-ending wars of insanity and oil we live amidst today.

I distinguish between Churchists and Christians for obvious reasons—no Bible literate Christian thinks modern Israel has any scriptural connection whatsoever. Nor would any Christian, worthy of the name, promote perpetual war.

A post among the comments under my column recently caught my eye, and serves to help explain why I took the time to write these observations, which I first wrote up in 2004. (Not previously published, though The Barnes Review considered it.)

Here is the comment: “Is it that these super rich feel they never have enough? I have always had trouble understanding power. Is it a psychological thing related to personality, this wanting to rule people, to hurt people? I should probably look up causes for power seeking unless you or someone can explain to me what really drives power hungry people. I guess my Irish simple neighborhood mentality lacked awareness. I learned early how to survive and many years back was picked to be a scout but as far as big world matters I am missing the motives and driving forces for power. Just as there are borderline personality disorders there must be some underlying thing driving power madness.”

An excellent question, you, like most of us, are not a sociopath.

We have difficulty understanding the apparent drive for power, since it is not in our mentality from early training. Our parents were “ordinary folks.” Our education/indoctrination was victim of its times.

We get to bear the burdens and the label of “normal” which humanistic scientism says doesn’t exist. There is a ton of psychobabble to study on human personalities, all of it produced under the hand of Royal Society illuminism. Yes, Freud and his ilk.

Good luck getting a correct answer from psychobabble. I believe the Bible covers human behavior quite well, if we but read and study.

The reason I have emphasized the philosophy behind the Crown in this series is so folks will see where this power-mad drive comes from.

Albert Pike, who wrote the “Bible” for Masonry, Morals and Dogma, emphasized that individual humans have tremendous “power” and “the Brotherhood must control this power to keep it from “going astray” from the goals of Lucifer.

Masons must believe they serve a “higher” purpose to strive as they do for power over people. Therefore like the Talmudists who inspired them, they are free to deceive, or even kill those who do not agree. You and I, friend, are simple humans who want none of this manipulation in our lives or in lives of others; In this way we love our liberty and our neighbors. which is very anti-masonic.

Read some history of the AntiMasons in American politics (1830s). It all began with a murder.

It takes a strong will to wade thru Morals and Dogma, to learn this. Few read it.

In a nutshell, Christ, on the cross and resurrected, fulfilled the Old Testament and accredited the New. The Roman destruction of the Temple in Jerusalem, where God had chosen to relate to humans in the old order, marked the dawning of the Kingdom promised by Christ—a spiritual kingdom sustained entirely by individual belief, conviction and obedience.

Christianity is for individuals, and has nothing to do with nations since the ultimate goal is the spiritual, rather than an earthly, kingdom.

That simple fact, spelled out in the New Testament requires a profound faith, which is not easy to sustain through all the readings of Human history with so many Institutions and dogmas.

One more part, before this ramble thru history is a wrap, stay tuned, and please will some academics liven this up with challenges, I dare you. Part Five, The Crown’s “Schofieldism.”