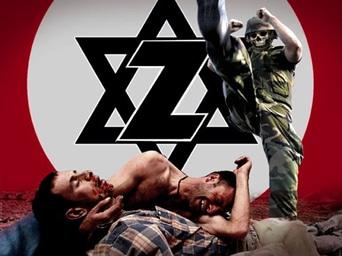 Ah, political correctness! Turning the merely stupid into outright morons and poisoning life for us all. I don’t know where that came from but I agree with it. Here’s what I learned about life from my Deist father, when I was just a laddie: from my previous column:

“Tommy, ‘ he responded, sipping an Acme beer, while seated against a pile of lines coiled down and at rest prior to running out the two “albacore” poles athwartship. It was dark, just before bunk time and the view of the stars was crisp and magnificent; the boat idled along at about one knot, the sea was calm; all was well; hard work was over until daylight when it started all over again.

“The way I see it, everything, and I mean everything from all those stars down to your baby brother’s squalls; everything and everyone is spinning around inside a great big brown bag following certain sets of rules.

You and me are like everything else, spinning around in the dark; some will tell you they figured it out, but they only kid themselves Others will say they have things tied up against the spinning—never believe it.

The only one who knows the why of all the spinning, is the Joker holding the bag—and he ain’t talking.”

I Know not where his colorful analogy derived; it could have been from his fertile mind. He was “educated” into 7th grade only, but constantly read books and magazines; we were blessed by no television or Internet and hardly any radio.

Today, we “sophisticated” Americans are spinning in bitter, ignorant confusion primarily because of Lucifer, the personification of evil that few of us take seriously, and those two manipulative pincers from hell—Humanism and Chutzpah.

“Humanism is an approach in study, philosophy, world view or practice that focuses on human values and concerns. In other words it is an outlook or system of thought attaching prime importance to human rather than divine or supernatural matters.” Wikipedia, and good enough for me.

Josef Kapstein, author of the “authentic “1938 book History and destiny of the Jews,” claims proudly that humanism sprang from the merging of Jewish philosophers, like Maimonides, (check him out at wikipedia) with “enlightened Muslim and Christian thinkers in Spain during the times of “freedom” prior to the power of the Catholic Church becoming established.And repressive in that region. He, in his Talmudic bias, credits the European “enlightenment” to this brief time and place

To me, the so-called enlightenment was a loser for us all, but that is merely an opinion. The epitome of Humanism is well-expressed by the following paragraph from, I believe, a reader’s response:

Karl Marx’ “socialist man” is directly tied by him to the golem legend in the Kabbala, in which the rabbis, now secularized, create mankind de novo, as if from clay. As Marx said, this new man will be content with his functional role in society, probably something like well-fed cattle. Evidently I got that graph from a comment posted following a previous column, to which I responded as follows:

Dan, good post. I have on the drawing board a piece on Humanism and Scientism (this is it) which is taking a lot of time and research to provide concrete examples.

As part of my job for the past 25 years I have perused the technical literature critically every week; Nature, Science, Chemical & Engineering News, Etc.

Years ago, with the advent of 3D spectroscopy, I noticed the creep toward production of a “golem” or artificial/synthetic “life” the world is as much in the grip of this technically marvelous Humanism as it is in the political grip of oxymoron Christian Zionism; I see the Devil’s pincer movement in this pair of activities.

We, unthinking producers who pay the bills have only faith with which to withstand it. A faith that will be sorely tested. So reliable information is an absolute must.

The scribes who were teachers of the Old Testament, knew the teachings of Malachi. That’s why the disciples asked why they were saying that Elijah should come first. One of the reasons that the religious leaders of Christ’s day rejected Him, is because they were so spiritually illiterate that they were expecting some physical return of the Elijah of the Old Testament.

Like the oxymoron Christian Zionists today, they could not see that the fulfillment of the prophecy was of a spiritual nature and their earthly fleshly appetites could not be satisfied by a spiritual application of prophecy. It’s amazing that religious leaders have never changed their spots – from that day till this, religion still seeks to satisfy the physical, all the while rejecting the trueness of the spiritual.

I am convinced that the idea of original sin holds the key; it shall be explored.

Meanwhile the following very short video may help by provoking some thought while we spin around inside the bag: Murray Rothbard on ‘Society’ vs. ‘the State’