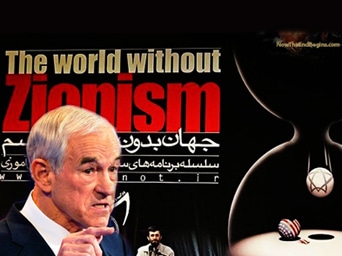 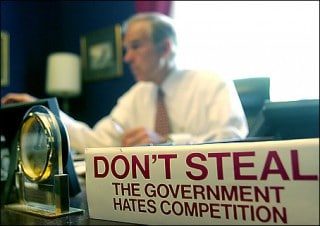 You can take ibuprophen, even smoke crack…and the GOP is still there.  They just wont go away.

The endless blithering about a pack of cowards, morons and malcontents who want America to pay $12 bucks for gasoline and, as usual, go to war for Israel…taxing the poor to death, including the soldiers, while they line their pockets.

They call themselves “conservatives” as if their style of it were a good thing. First of all, none of them have a clue what it means.  What they want is new laws.

What the last few decades has taught…hasn’t anyone paid attention to ?

In a nation where our primary problem is crime, meaning that our entire financial system is operated by gangsters who belong in prison, working hand in hand with politicians that should be sharing cells with them.

Add in military leaders who belong in there with them and an “official press” that is half a step above terrorists, being preached to day and night is making my head hurt.

Do Gingrich and Santorum exist so that Bachmann and Palin will appear less like sub-normal and patently dangerous blithering idiots?

And then why do presidential candidates have to ‘kiss the Zionist ring’ by making the obligatory pilgrimage to Israel.

They all debase American by agreeing to wear the beanie in a photo op to prove their subservience and acknowledgement that ALL must pledge allegiance to Israel or you cannot run for president, realistically.

I can almost imagine Romney simply because he looks like a politician, pointless, gutless and like so many others, dedicated to nothing whatsoever other than continuing the charades:

I’m sorry, but when a New York City detective calls me and tells me that they arrested the 9/11 terrorists but had to put them on a plane to fly to Israel afterward.

They were forced to release them by a mayor and police commissioner who became wealthy beyond measure fighting the same terrorists they ordered released.

Of course this is all ‘classified information’ now, you know…to protect the American people. Yes, they are still using that con, and it is still working for them.

This all reminds me of the reports that came out this last week, that FBI Director Louis Freeh ordered agents to stop a weapons and money laundering sting one day before nailing the Newt Gingrichs on video.

For years, FBI agents have been told to look the other way.  One crew was paying those we were told were 9/11 terrorists.  They were told to be silenced.

I can still picture the planeload of terrorists heading for Tel Aviv, film of the planted explosives, some released with tons of explosives and machine guns, all living the lives of heroes after having murdered 3000 Americans.

I learn more about being “conservative” every day and wonder why we just don’t string all of them up.  I want trials and arrests, of course, not real trials.  I want “tribunals,” with no witnesses, no lawyers, no appeals, just executions, midnight arrests after doors are kicked down, the way “conservatives” have their henchmen do it.

It seems even Obama, who may not do this, won’t restore America’s laws after they were twisted into an unrecognizable slop by “conservatives.” Don’t tell me you are conservative.  It is simply another way of saying “thief and child molester.”

Back to “Ron Paul.”  It’s been one of those mornings.  I read the Iowa news.  I never should have done that.

The video below is one of the endless series of stealth attacks against Ron Paul by what should be his real base.  Paul is hardly a conservative.  He is the only real progressive, liberal candidate out there despite his own misrepresentations.

The one you will be seeing comes from what Americans should know of as the Mafia, were the truth to get out.

It is a “hit job” by organized crime, in this case, Jane Harmon and here phony “liberal” gang at Newsweek.

His accused racism is 99% “pro-American” and advocating a foreign policy that is no longer under the control of extremist organizations claiming to be “pro-Israel”.

Nobody is willing to admit, other than author Jeff Gates, that these organization are historically tied to organized crime.

American Jews, 78% at least, are Obama supporters and many may well support Paul. Veterans Today is seeing massive support for Paul among active duty and veterans.

The idea that years later there are still people trying to use the word “conservative” as though it doesn’t mean “slave to Israel” and “ignorant bumpkin.”

The country club gang, the tax cheats, the boys who sent our jobs overseas, those making a living running phony job scams, repossessing houses, running up credit card fees, this is our “conservatives”, these and the meth dealing hillbillies who sit up all night worried about the rich being taxed out of existence while waiting for their SSI check.

Of the entire republican party, only Romney has ever had an actual job.  He isn’t qualified for public office, lacking leadership, vision, character and a philosophy that would lead to something other than the destruction of the human race.

He is the best offered other than Paul who I think needs to cut down on his coffee a bit before putting the tongue into gear.

What you just saw disgusts us for a variety of reasons, primary of which is that the things Ron Paul is saying here is what proves to us that he isn’t utterly insane like the other candidates.

We are willing to let Rick Santorum lead the invasion of Iran personally as he has promised to do.  I will personally buy his ticket and will call Iran myself to make sure his visa is stamped.

He is unlikely to get in any other way.

We wish Paul would speak openly about 9/11, openly about torture and war crimes and how many of his colleagues in government belong in prison and not on America’s welfare roles.

I don’t see Paul as perfect but compared to everyone else, he isn’t insane.

I also am very proud that one candidate has taken on a our real foreign enemy, the criminal organization that tries to pass itself off as the Israel lobby, the gangsters and financial robbers who are tearing the world apart and destroying the good names of Jews who have been loyal Americans since the founding fathers.

This one, this “video,” of course, is a sneak attack from Jane Harmon, the muscle behind the war lobby in Washington, perhaps the single individual who sits at “ground zero” of “fairyland central”.

She heads up the sleazy, phony left wing bull and the heart of anti-American propaganda that represent what The Daily Beast and Newsweek is all about. It doesn’t take a genius to recognize a “mouthpiece” for a foreign terrorist asset when one sees it.

Ron Paul can be fixed, all he needs is real support and some new backbone.

Obama, intelligent though he is, has been unable to get out from under the thumb of Bush doctrines and the threats and bullying that has kept America from overriding any of the Bush dictatorship.

With martial law in the United States signed into effect 2 days ago without one in a hundred Americans knowing, the foolishness and ignorance of the Harmon/Murdoch syndicate and their gangster friends means very little in real life.

Americans who used to fear terrorists now fear running out of fuel and food money before the end of the month.