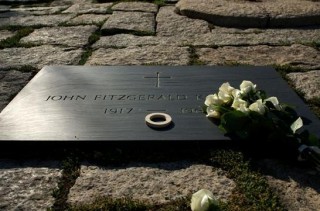 Terrorist Defilement or Honoring a Hero, Which Truth Do We Believe?

As this is a campaign year where our current president, despite his promises, is backing  the 8 years of treason and bare-faced lies  of the last pack of crooks, perhaps it is time to take honesty to where it belongs.

Did you know that Osama bin Laden quite probably had been awarded civilian and military decorations by the United States?  Osama bin Laden is responsible for more high risk intelligence and combat support operations on behalf of the US than any member of our military today.

Sources indicate that his equivalent rank, when representing the United States government to the Mujihideen was that of Colonel and that he qualified for combat awards including, not only the Bronze Star but multiple Silver Stars as well.

Osama bin Laden could be considered for burial at Arlington National Cemetery, with VT’s Ralph Eckard and Dave Hackworth and, oh, we have to mention this, John Kennedy.

You remember him, the coward, traitor and philanderer, whose acts of treason and incompetence caused the Japanese to sink his PT boat?  You don’t remember this.  I do.

I was told this many times, I saw it on television while on a military base in Germany, it was taught to American soldiers.

According to the propaganda shown to our soldiers, President Kennedy was a Mafia Don who belonged in prison, not buried with America’s heroes.

This was the unofficial policy of the Bush administration, to brand Kennedy and Roosevelt as “un-American,” as cowards and traitors.  They felt it would raise morale for our troops?

Of course, this was an incredible lie, one of thousands to come out of the Bush administration.

What is most disturbing and part of our discussion here is that the classified records of CIA agent, “Tim Osmon,” also known as Obama bin Laden directly contradict all public government statements and mainstream media stories about him.  What are we saying?

Every word said about Osama bin Laden is a categorical lie in the same vein as almost every other public statement made by President George “W” Bush, Vice President Richard Cheney, Defense Secretary Donald Rumsfeld and a number of other officials.

Since this time, no public official has had the courage and fortitude to tell the public that they had been lied to.

After all, if bin Laden wasn’t a terrorist there are a number of unanswered questions.

Try to find this movie today.  It has been “disappeared” as part of the attempt to besmirch the memory of the courageous president that gave his life for America in 1963, standing against the Federal Reserve, the Israeli nuclear weapons program and the expanding war in Vietnam.

The gang who came out with the immediate “bin Laden did it” on 9/11 are that gang, the thieves and liars whose inheritors, with the exception of Ron Paul, are scurrying from state to state as Republican presidential candidates.

Never have so many lied so often, done so little and stolen so much.  I can’t wait to find one of them to vote for.

I have been unable to substantiate anything negative about Osama bin Laden, from the CIA, Army Intelligence (no laughing please…the CIA is no smarter) or Pakistan’s ISI including hours grilling former DG/ISI General Hamid Gul in his Rawalpindi home.

We think bin Laden may have allowed himself to be made a target after America abandoned Afghanistan and it became clear that Bush planned to wipe Islam from the map.  The Kennedy lies, that takes a special kind of coward.

Who would do such a thing?

Well, the person responsible for this, responsible for seeing to it that American soldiers were told President Franklin Roosevelt was a communist spy, not really a person, it was the Bush administration, Rove, Bush, Cheney and Rumsfeld, the same people who claimed Osama bin Laden was responsible for 9/11 long before there was any proof.

In fact, of course, there never was proof in the first place and nearly endless proof, testimony, documents and scientific analysis now, being illegally suppressed by the crooked American legal system.  There is no proof against bin Laden for any crime, no proof he was alive past 2001 and a wealth of proof he died as a US employee.  He often spoke out against hypocrisy but Tim Osmon/Osama bin Laden had many friends in the US, had a long and extremely successful history fighting communism.

Many of his friends, his closest friends were, of course, our special operations people.  Bin Laden worked with Navy SEALS for years and was accepted as one of them.  This is real life.

Can we prove Secretary of Defense Donald Rumsfeld to be a pathological liar?  Funny you should ask, it takes him 39 seconds here with Tim Russert to bury himself, and Russert too frankly, in the trash heap of history’s worst villains:

Add to this similar lies about 9/11 and WMDs in Iraq, the rigged elections, endless crimes covered up, trillions of missing dollars, and we have what we have, government by organized crime.  But you may still believe that Osama bin Laden took credit for 9/11?

But you say he admitted it?  Really?  Here is his only statement on 9/11, from the files of the CIA, an official copy:

FOR OFFICIAL USE ONLY

FOR OFFICIAL USE ONLY     END OF OFFICIAL TRANSCRIPT

In fact, we have been totally unable to connect bin Laden to any violent act against America at all, including during lengthy debriefings of his CIA handler and former White House Intelligence Coordinator, Lee Wanta.  Here is what we had found out some time ago: 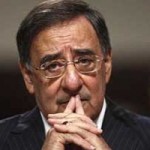 Two weeks ago, CIA Director Leon Panetta told the press the CIA had not been able to positively confirm any specific information on Osama bin Laden since “late 2000.”

Interviews with high ranking military and intelligence officials, some at the highest levels, have confirmed that all evidence lends toward Osama bin Laden’s death in December 2001.

Yet transcripts of translated audio and video tapes, albeit widely disputed, are continually released by a news agency tied to Israeli intelligence services.

We thank the Central Intelligence Agency for making this document available.

With dozens of films, videos and recordings, all claiming Osama bin Laden has taken credit for 9/11 and other terrorist attacks against America, Britain, Spain and other nations, the possession of the only official translation of the real Osama bin Laden is vital.

A REGIME OF LIARS

The Bush regime took office by appointment, not election.  Investigations of election tampering were quashed even after proof of electronic vote flipping, 6 million votes, was submitted to the FBI.  The Attorney General, John Ashcroft, had the case ended.  Bush was never legally president at all.

When 9/11 happened, when NORAD was ordered to stand down and allow the attacks, when terrorists were arrested with explosives in New York and released and sent back to Israel, when Americans learned Saddam had no advanced weapons program at all, nothing was done.

Americans also learned that Osama bin Laden was never involved in 9/11, never admitted it and no proof was ever submitted that any court would accept.

Those who damned bin Laden, who called him a terrorist are the same people who tried to defame the memories of John F. Kennedy and Franklin Roosevelt, two of the most popular men in American history.

In fact, because of the attacks, the name “bin Laden” stands alongside Kennedy and Roosevelt, damned by the same liars.

If they lied about Kennedy, and they did, they lied about bin Laden, that we can prove also.  America’s intelligence services that worked with bin Laden until his death in 2001 still respect him as an honored ally and hero.

In fact, no single living American can prove he has suffered more, fought more or risked more for America than Osama bin Laden.

Shocked?  You should be.

True?  Yes, every word of it, Osama bin Laden helped America win the Cold War, the same as others like Leo Wanta or Mark Siljander or from later times, Susan Lindauer and Sibel Edmonds.

Where do they go?  Congress?  Retirement in Samoa?

America’s real heroes go to prison, are put in mental hospitals, they are assassinated, their helicopters are crashed, they die in private planes, they get mysterious illnesses.  Sometimes, as with John Wheeler III, they end up in a garbage dump to be quickly forgotten, buried in lies.

Dave Hackworth, “Hack” to his friends was lucky.  He was simply thrown out of the army for saying Vietnam was a losing proposition.  This is the military record of the kind of American that the military had to get rid of: 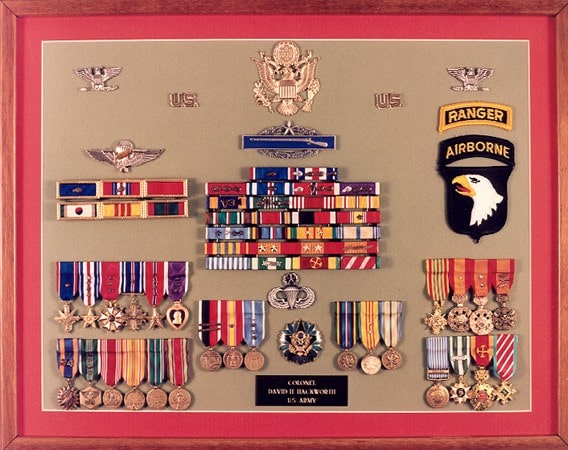 Note: As per a Department of the Army audit conducted by COL Pam Mitchell, Chief Personnel ServiceSupport Division on May 6 1999.

To find bin Laden’s current grave, will require some effort.  He died, as was announced in the press, December 13, 2001, near Tora Bora in Afghanistan of advanced kidney disease after a number of treatments, several at US military hospitals.

His remains were recovered, according to the CIA, by a Special Forces unit and transported to a location in the Persian Gulf.  These facts have received multiple confirmations.

There is no star in the wall in Langley with the anonymous CIA dead although I have heard it told one should be there representing him.  Maybe one is, we will never know.

Chief Beck will address the press during his monthly media availability. He will address recent crime statistics; update the media regarding the 405 Freeway Closure, crime Mapping and Summer Crime Prevention Tips.