Home Veterans Government Secracy Which Runs Afoul of The Constitution 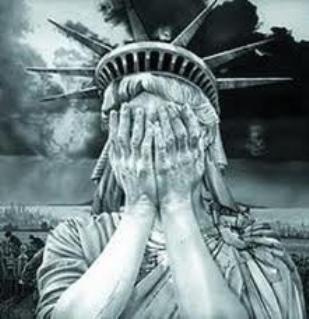 If the Cold War and secrecy in government were the start of America’s decline, how does one account for other periods in our history where secrecy has won out over open government, which would surely mean we have been on the decline since the start of our country? Not all information regarding the strategic goals and aspirations of a country should be available to all, particularly to those who are diametrically opposed to our free society. There is a fine line dividing essential security type secrets and secrets within the government that possibly run afoul of the Constitution. Today we have both.

Congress has been acutely aware of the perils to a nation when secrecy becomes the norm, not the exception to a government that serves at the will and pleasure of those governed. It has been over a half century since the foreign intelligence system of the United States was established by the National Security Act of 1947. It is almost 100 years since the Espionage Act of 1917 established the present legal regime dealing with subversive activities within the United States itself. During this period in American history it has been a time of war and rumors of war without cease, global ideological conflict, and, with the onset of the atomic age, the possibility at times, even the real prospect, that the human race might destroy itself in one monumental nuclear Armageddon.

The age of nuclear Armageddon has subsided to some degree with the collapse we witnessed in the Soviet Union, wherein the Arms Race drove them to the brink of financial collapse, which today still has not been recognized by the citizen of the countries behind the iron curtain due to the secrecy maintained by those who govern. They see only that, “the Soviet System, which suppressed innovation and freedom, broke from the discontent of the people who were being systematically denied the privilege and luxury enjoyed by the rest of the world”.

Had the Soviet society been less secretive and more open, perhaps the Cold War would have ended far sooner. I find it ironic that during this period where their totalitarian government began to fall apart because the secrecy of what was happening around the rest of the world became known, we in the US began to witness a greater veil of secrecy ourselves…so much for learning from history.

As we entered the 21st century, the threat of nuclear annihilation from the Soviets became far less a concern, but with the countries of China, North Korea, Iraq, Iran, Syria, and hundreds of terrorist groups, the threat still remains though today is surpassed by the treat of the use of WMD’s (weapons of mass destruction) in the form of biological, bacterial, and chemical weaponry, perfectly suited to the terrorists’ modus operandi. In this setting, it is reasonable and responsible to consider just how appropriate the security arrangements of that earlier age are to the ones we have now entered.

Wars used to end with homecoming parades, demobilization, and a period of vast economic growth, but today we are facing a complete breakdown of our financial system, due much in part to the excesses of government entrenchment, and those who have forgotten the obligations it takes to be a citizen of the United States as I pointed out earlier. The secrecy we are seeing today is perpetuated by the dumbing down of America’s youth by a systematic de-education of our youth through an overpowering and inept Department of Education. Simple math bears witness to the fact that as more power is entrusted to the government there is an equally diminished freedom of entrepreneurial enterprise and far less economic growth. The exact opposite of what is needed.

Today’s financial crises are used by the current administration to bypass Constitutional Law, but such tactics are by no means exclusive to just the Obama Administration. Crises have always been an effective means for government to grab more power, but such tactics have grown substantially with Obama. The use of Tsars without Senate confirmation and Presidential Executive Orders, bypassing the legislative process, are being used by the Administration, under the cloak of secrecy to grab and centralize more power usurping Constitutional authority, and our elected official stand by and watch it happen.

It really isn’t that hard to understand. Benjamin Franklin hit the nail right on the head when he professed, “Those who would give up ESSENTIAL LIBERTY to purchase a little TEMPORARY SAFETY, deserve neither LIBERTY nor SAFETY… Sell not virtue to purchase wealth, nor Liberty to purchase power.”

And that brings us around to the subject of “The world’s Policeman” idea which entails a considerable financial consideration that is placed on the shoulders of the American taxpayer AND the shroud of secrecy which must prevail amongst the countries being covered by “The Global Beat” of the American policeman. Strategies, both political and military, weaponry,  troop strengths, deployment, and similar information, in order to be  affective, can only be  trusted to the smallest group of confidants for fear of ending up in the hands of potential foes. In World War II we had a saying that “Loose lips sink ships”, and this period of total access to everything via the  Internet, it is probably truer today than during that war.

The United States was cast into being the Global Cop because as history has shown, we were the only nation capable of fighting tyranny on two global battlefields at the same time, while our manufacturing and production capabilities provided war material to a dozen nations at the same time. Certainly the Brits, the French, and other countries would never have been able to defeat Germany on their own, and would have fallen under Hitler’s domination were it not for our involvement. Following the war, with the entire rebuilding of Europe, there was no other country capable of taking on the peacekeeping tasks and to counter the spread of Soviet and Chinese influence and domination.

Again, like the gradualism and secrecy that is swallowing up America and the freedoms we have enjoyed, along with the entrepreneurial system that has been the economic engine of America’s success and economic dominance, so too is the reliance of the free world which has become dependent on American protectionism. The sad part of all this is that if the duty didn’t become the mandate for the US, who would have taken up the mantle?

Max Boot, a fellow in national security studies at the Council on Foreign Relations, says: “As long as evil exists, someone will have to protect peaceful people from predators. The international system is no different in this regard from your own neighborhood, except that predators abroad are far more dangerous than ordinary robbers, rapists and murderers. … Without an effective police force, the world community would fall apart faster, and more completely, than New York City did in the 1970s. … On balance, the NYPD still does far more good than harm, and so does the United States of America. In fact, America has been the greatest force for good in the world in the past century. Just think of what happened when we did not act as globo-cop.”

Michael Mandelbaum, professor of American foreign policy at the Johns Hopkins University School of Advanced International Studies, says: “The international society needs governance and the United States provides it. The United States provides to other countries some, although not all, of the services that governments provide within the countries that they govern. … The United States is not present everywhere and doesn’t act perfectly… but neither does any police force. Every police force is subject to criticism, legitimate criticism. But criticizing a police force is not the same thing as arguing that there should not be one.”

Not all agree with Mr. Mendelbaum and Mr. Wick, but to those with a counter opinion, let me ask these questions.

To those who say NO to any of these questions, I’d suggest an intensive study of history. Everytime in our past that America was not the “biggest, bad-ass, kid on the street”, we ended up in wars that were far worse than had we been in a position to react. Deterance through negotiations (backed by strength as quoted by President Ronald Reagan), or by pre-emptive maneuvers is the only law tyrants understand.

The benefit of having a strong military is to deter aggression and to threaten the annihilation of those wanting to enforce their will on the US or others wishing to remain free.

It is better to have other nations fear our military might than to be weak and condescending? Such weakness invites being tested at every diplomatic turn. Those who want world peace must first understand that freedom is not free and peace is not the natural order of nations. More people have been killed in the name of peace than all other causes, and freedom is only guaranteed when someone is willing to die to preserve it.