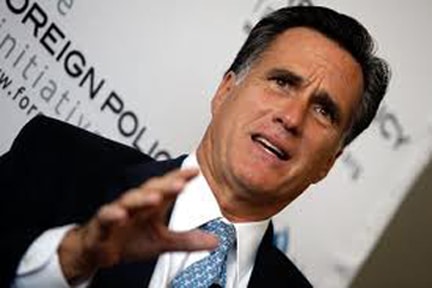 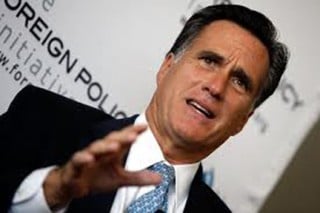 Do You Trust This Man To Be President?

In the pathetic field of losers that are running for the GOP presidential nomination, the one candidate that seems to have held a steady 25% is Mitt Romney. Most Republican voters really don’t like him, but somehow he just keeps moving ahead. There has been a steady stream of candidates who have surged ahead (Bachman, Perry, Gingrich, Santorum) only to fall off a cliff shortly. The only candidate who has held steady is Romney. Why, I don’t know; maybe it is his consistent inconsistency and mediocrity. I think a lot of voters are holding their noses and voting for the least objectionable and perhaps the most electable candidate in the general election.

I know that a lot of VT readers are fans of Ron Paul, but do any of you really believe that the Republican Party would allow his nomination? Many of his positions such as ending our wars and occupations, cutting off aid to Israel, and legalizing “victimless crimes” are appealing. His anti-choice position and the further removal of any controls on business are scary. Most of these things would require the consent of Congress and he would not have a natural power base in either the Republican or the Democratic Parties. As commander-in-chief, he could order the military out of the other countries on his own. If this was all he could accomplish it would still be very valuable, and might keep us from starting another pointless war.

One thing that his followers and his opponents do agree on is that he would be much less under the control of special interest groups or foreign powers. This is probably his biggest virtue and also the biggest reason that the Republican Party would never allow his nomination. If he decides to run as a third party candidate, I believe that he would capture a significant portion of the votes, and he could even possibly win, but conventional wisdom says that he will not do this. His son, Rand Paul is a rising star in the Republican Party and Ron would not want to jeopardize this by breaking from the party. Recent information suggests that this might not be true with Rand getting more of a boost from his father’s name than from association with the Republican Party. What will eventually happen remains to be seen.

A recent ruling by the Supreme Court has essentially made bribery legal. Companies, both domestic and foreign, and even foreign governments have been given license to spend unlimited sums of money to promote any candidate or position that they want. Technically these monies are not supposed to be under direct control of the campaign. By keeping them legally separated, they can say anything they want without repercussions.  The candidate gains plausible deniability and can say that he doesn’t condone what was said on his behalf but he has no control over the outside group. Anyone with at least half a brain knows that this is a pure steaming pile of bovine scat.  Any campaign manager worth the name knows that he has to completely control all communication with the outside world.

The two political action committees (PACs) with the most money to spend are the ones supporting Romney and Gingrich. Allegations have been made that a good deal of the money that both groups have comes from drug cartels, with the Afghan cartel supporting Gingrich and the Mexicans supporting Romney.

Recently the gloves have really come off in the primary. The PAC supporting Newt Gingrich has put out a video slamming Romney’s days as a “vulture capitalist” with Bain Capital. This video is actually quite well produced and it makes a very good case against Romney. It seems very odd that such a negative attack on Romney’s financial dealings would come from a man with a similar philosophy. There is no mention of Newt Gingrich in the video and it could well become a strong campaign video for the Democrats if Romney gets the nomination.

Here is the video in its entirety. Watch it soon and download a copy as the Republican Party is pressing very hard to get it removed from the Internet.