Why is Neither the Jewish Org Community or the Media Checking Into Andrew Adler’s Background?            … by  Jim W. Dean, VT Editor

[Editors Note: All the initial news reports on this story used Andrew Adler with no middle initial. Our google search came up with almost nothing on Andrew Adler, Atlanta…so that is what we used in the main title. The next day, January 23rd, a friend of mine here emailed me that the ‘Obama Adler’ was Andrew B. Adler.

Unfortunately other Andrew Adlers found themselves confused with ‘Obama Adler’, including an Andrew (R.) Adler who has contacted us (03-16-12). Our apologies to all the Andrew Adlers out there for the identity confusion . Jim W. Dean]

There is something fishy about this Andrew Adler ‘Kill Obama’ case. It came out of the blue…from a small below the radar Jewish publication, but from a major city, Atlanta. Why now, and why Andrew Adler?

The next thing that was extremely unusual was how quickly and completely so many major Jewish organizations dumped on this guy…almost all of them in one day. And their language was very harsh.

And then something else very strange, despite all the media coverage, where is the media digging out everything on our Andrew Adler life’s.

I have found nothing mentioned about him earlier than when he acquired the Atlanta Jewish Times, almost like it got off a space ship before that. And even more strange, no one seems to be asking any questions.

These Jewish groups are very networked. Someone not only pressed a button on Alder, but they also wrote some of the scripting so all the groups would be on the same tone. This story is oozing of a set up and orchestration.

Here are some samples:

Editor’s note:  Seems a bit late for Adler’s handlers to try to cover their behinds on this one.  Adler was only doing what he was told, we all know that.

Abe Foxman of the ADL:  “…raises serious questions as to whether he’s fit to run a newspaper…There is absolutely no excuse, no justification, no rationalization for this kind of rhetoric. It doesn’t even belong in fiction. These are irresponsible and extremist words. It is outrageous and beyond the pale”

Dov Wilker, director of the American Jewish Committee in Atlanta…”shocking, beyond belief…we are flabbergasted that he could ever say such a thing in the first place. How could he even conceive of such a twisted idea?”

Simon Wiesenthal Center associate dean Rabbi Abraham Cooper:  “…irresponsible and reprehensible” and said they “must be publicly condemned by Jewish leaders across the ideological and political spectrum…— what a shanda!”

Ophir Aviran, the Israeli consul-general in Atlanta:  … as saying he was “appalled at this deranged and morally repugnant assertion.”

The National Jewish Democratic Council blasted Adler’s column, calling in the “height of irresponsibility.”…“To dare to give such despicable ideas space in a newspaper … is beyond the pale,” said NJDC President David A. Harris in a statement.

Ah…a ‘sentiment’ is it? The last comment was the most moderate I have found. Now for a little background.

In Counter Intel work looking for anomalies is a constant focus. What is unusual that you can see that looks out of place, and then also what is missing which should be there…are always on your radar. That is the air you breathe.

The first thing I see that really looks out of place is having these groups commenting at all, especially the big ones.

Whenever a scandal of any sort pops up in the Jewish community, ‘mums the word’.

They know that the influence that they claim not to have in the media will see to it that anything stupid that someone did will die on the vine, or at least stay local.

Here in Atlanta, no one really knew about this story until the national reaction took place. So what was going on here? Answer, the national Jewish community was making it a national story.

Second, if someone in the community has to be paddled, doing it in excess is not the style. Why? They don’t like to set the example that harsh words or treatment are EVER permissible. Folks outside the community might get that wrong idea that they could do it. 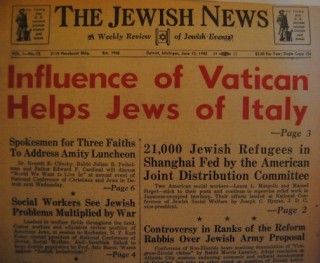 For example, in the list above are two of the largest, most well funded hate groups in America. They are guilty of countless times more horrible things said and done than schlep of the day Mr. Adler.

Now for what is missing. First, the Intel community knows that threats have been made against Obama, his family actually, over certain major policy disputes involving a foreign country.

I will let you guess you that might be. You may be right, or you could be wrong.

Threats against a major politician’s family are only made from foreign intelligence agencies, or from shadow governments, ie., the criminal regimes that run most governments anyway.

If you wanted to ask me if family members of major U.S. politicians have been murdered to send a message, I would answer yes. As for who…this is not the time or place to discuss this.

Any major law enforcement who wants to know, already does. And you don’t know because they don’t want you to. It would tip you off that there are those running our top people that you mistakenly think are the top people.

And thirdly, after reading all the press reports I could find, something was really standing out like a flashing neon sign. The background on Mr. Andrew Adler before he took over the Atlanta Jewish Times…was…well…like zero.

That is not real world folks. You don’t have all these name Jewish orgs all stopping and turning on a dime to denounce this guy in the most harsh language I can ever remember.

Compare the rebuke that Alder has gotten to what Jonathan Pollard got from the same community. Is a light beginning to come on inside your head? Good for you.

It is inconceivable that Presidential threat like this would happen and here we are days later and not only is no history on this guy in any of the news, but  NO ONE IS EVEN ASKING!!!

That folks, is an anomaly…a glaring one. That so many are playing Mickey the Dunce tells me something else is afoot here.

A quick look at the Atlanta Jewish Times website and his staff revealed something else that was funny. With an estimated 3500 subscribers take a look at the staff.

It’s…ah….large. Anyone here at VT could run this thing out of their basement with a half day helper.

As for the office, the area they are in is very expensive, and this kind of work is made to order for telecommuting.

The readership of Veterans Today dwarfs these folks. We don’t have an office, and probably never will. Most of our staff and writers have never even seen each other, not counting our photos of course. We are all over the planet.

So what am I saying here? If I were working for an Intel agency, which I am not, and I was scoping Adler out as a ‘front’, all my bells and whistles would be going off. We have anomaly on top of anomaly here. Missing something that reeks like this would be grounds for finding another occupation.

So…off to Google I went…my top secret source that I refuse to disclose, even under torture, and up pops The United States v. Andrew R. Alder, 1999.

It seems that back during the Atlanta Olympics days someone called Andrew Alder was involved in a very big T-shirt promotion case for a big downtown vendor, The House of Blues, owned by Disney back then, and has had an interesting pedigree of ownership since then.

Our Googling of Mr. Andrew Alder pretty much came up the Obama story only, and one small photo on his website with no middle name.

We had posted the case above originally and I put feelers out with some local Atlanta Jewish folks asking around if anyone could fill me in more on him. So far the well is dry there. But I did get feedback that Mr. Obama’s Andrew Alder was an Andrew B., so the Appeals Court case reference has been pulled while checking for any middle name changes which we are still trying to track down.

So far Mr. Alder has what we call a ghost profile, some bouncing around on some Jewish newspapers, but not even showing up in the Social Security name registry for Atlanta, a very odd profile for someone in media.

So, you might want to ask yourself, is there something here that does not meet the eye, maybe even several things going on? There are certain groups of people and orgs who look for people with a tainted past to do business with. They can have a tighter hold over them due to their past problems limiting employment opportunities.

Such people can be relied upon to pay back the kindness by being the fall guy on something not too serious, when needed and a cut out is required. A message gets sent that they want. The Lobby orgs all very publicly go one record as objecting to it so they have deniability.

But do any of these same people ever show up at a USS Liberty memorial event. Do they ever sign petitions against the Free Pollard movement? Have they not engaged in voting in Israel and the U.S. using their dual citizenships?

Do they not first and foremost put Israeli interests first and America’s second, by subverting our political process to the fullest of their abilities, just like you would expect a foreign intelligence agency would be expected to do?

So I have to close by asking, “Who is by far the bigger threat to America…just by looking at their past record and what is in our declassified intelligence material?’ And why are they not denounced as vociferously as they have denounced Andrew Adler, which may all be playacting on their part anyway.”

VT will be looking into this more…as there is a whiff to this, one we have smelled before.