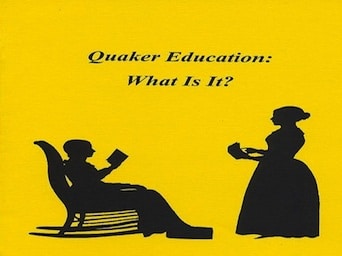 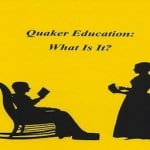 On January 12TH at a Martin Luther King Birthday Concert I joined the NYC Meeting House Orchestra to perform a set of my music.  The event was the annual fundraiser for a local homeless shelter and it took place at the auditorium of the Friends Seminary, an elite Quaker private school in Lower Manhattan.  The cause was obviously worthy and fully consistent with Quaker values, the house was packed and the concert was a smashing success.

Apparently, some Zionist parents were devastated by my invitation. A few days before the concert, I learned that an Israeli parent was mounting pressure on the Seminary’s management and a day or two before the concert, notorious ethnic cleansing enthusiast Alan Dershowitz joined in. As he himself proudly admits, he relentlessly threatened and harassed the school and its administration.

According to Dershowitz who along the years has gained for himself quite a reputation as a compulsive liar and a plagiarist,  the Friends Seminary has now acknowledged that it ‘was wrong to invite’ me. And also according to Dershowitz, the Quaker Seminar promised to invite representatives of the notorious racist Jewish Anti-Defamation League (ADL) and Dershowitz himself to address the students about the “dangers of the sort of anti-Semitic hatred spewed by Atzmon.”

Also, the alleged surrender by the Quakers may not be all that it seems. First, it wasn’t the Seminary that invited me it was the teachers within the Seminary who have been following my writing and clearly saw  a continuum and consistency between my texts and Quaker’s philosophy. And why not? I write about universal human and civil rights. I fight for justice for all and I tour around the world educating students (of all ages) about the ‘primacy of the ear’ and the art of listening to others. I oppose supremacy and I preach only tolerance and brotherhood. True, I do indeed openly oppose Jewish political exclusiveness, but my criticism is humanist and founded in ethical and ideological criticism. I do not oppose the Jewish people and I refrain from criticising Judaism.

Living as I do in London and being supported by Quaker institutes in the past, I was initially pretty perplexed by the Zionist influence within the NYC Quaker Seminary. To start with, I couldn’t understand the logic of it. Why would Zionists send their kids to a Quaker school?  Clearly the discrepancy between Quaker pacifism and Zionist militancy must be blindingly obvious to every Jewish nationalist parent.

However when I visited the Seminary the fog lifted a little. Apparently there is a dispute at NYC Friends Seminary between a management that is striving to survive within a highly competitive educational market and the teachers who are spiritually driven by Quaker philosophy. Also, once in NYC I was pleased to find out that, in accordance with Quaker ideas of inclusiveness, peace and tolerance, the Seminary is sympathetic towards the Palestinian cause and in fact is about to send a mission of student to Palestine this month.  It didn’t take a genius to work out that the Zionist parents who opposed my visit were also opposing the mission to Palestine.

The practicality of the Zionist parents sending their kids to the school is obvious. The expensive, elitist school (around $40.000 a year) is located in Lower Manhattan, an area thickly populated by very rich people, many of them of Jewish origin so, the percentage of Jewish students is pretty high, maybe as high as 40% according to one of the teachers.

But I still can’t work out why Zionist parents – supporters of Israel and promoters of Jewish, nationalist, militant ideology – would send their kids to a tolerant, pacifist school. I mean, surely those parents must loathe Quaker ideals. So how do they get over the ideological divide? Simple. The Zionist parents, in collaboration with warmonger Dershowitz, are now insisting that the school give up on its Quaker principles and start to operate as a Yeshiva. They openly lobby against tolerance,  freedom of expression and relentlessly suppress freedom of speech. As we always knew – in the ‘land of the free’ money can buy everything.

In fact, what we see here is a microcosm of the Zionification of America. Once Zionist money changes hands, tribal indoctrination will soon follow. The Wall Street Journal confirmed this week that some parents “vowed to pull their applications in protest” unless their demands are met.  The message to the Quaker seminary was clear – surrender or face financial extinction.

The Quaker Seminary is facing a serious challenge here. It has to decide whether to stand up for its precious principles or surrender to mammon seeking and face total moral bankruptcy. Interestingly enough, America faces the exact same dilemma. It has to choose between a fight for freedom or total surrender to a foreign materialist ideology conveyed by AIPAC, ADL and other Zionist warmongers.

I wish America and the Friends Seminary’s Quakers lots of luck, because in this battle we are all together. We’re all Palestinians seeking liberation.