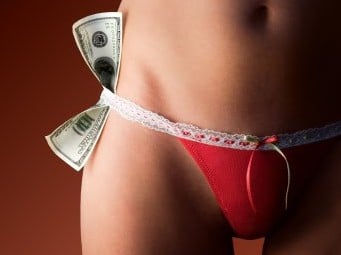 American remains on its knees to our 911 investigation fraudsters, and the mortgage, banking and Wall Street derivatives pirates, a sad legacy to a once great country.

In contrast to the cowardice and Congressional corruption evident here, little Iceland is leading the way in going after our contemporary Viking looters…a wonderful irony in itself.

Several weeks ago I published the Sicily Pitchfork revolt on a similar ironic theme. A broad coalition of grassroots groups there shut the whole island of five million down for almost two weeks in protest over fuel tax hikes of 40%.

Among their list of demands were the arrests of all corrupt officials, huge cuts in political office pay, perks and benefits, and a complete turnover of all long serving public employees. Imagine that!

I pushed the piece because mass media had a black out on what was a great story. Here you had Sicily, the land of historical corruption,  and the good folks rising up against their political and business mobsters…but not here in the land of the free…not yet anyway.

The article did surprisingly well on VT. Who knew that a Sicily Revolt would catch on. But my gut feel was right. The uniqueness of the mixed age and makeup of the Pitchfork movement, and the media blocking out the story hit a nerve.

The readers picked up on it right away, with a lot of comments wondering when the rest of us would wake up and start working together more to fight our elitist aliens.

As often happens with VT hit pieces, the hundreds of international bloggers and websites who follow us picked the article up. When I googled the title with Jim W. Dean, I found it posted all over the place.

That is something we don’t mind really as the name of the game here is to get the word out. So yes, I am trying to double dip on this Iceland story.

I had heard that their public at large was protesting the ‘Greek Fire’ IMF solution…a generation or more of servitude to pay bankers and regulators for something that they caused, or allowed to happen through greed, corruption and blissful incompetence.

Whereas most people, like here, would have focused on debt reduction and forgiveness…but not Iceland. These Viking blood folks want some bankster heads on pikes, legally speaking. Their special prosecutor has not only been raiding their offices, but their homes, also. I may have missed it, but I don’t think that happened here.

Some of these investigations are several years old, but the prosecution net of those being targeted continues to grow. It looks to me like they mean to hunt down every last one and give them the full Monty, to borrow the Brit phrase. From Businessweek:

A new coalition, led by Social Democrat Prime Minister Johanna Sigurdardottir, was voted into office in early 2009. The authorities are now investigating most of the main protagonists of the banking meltdown.

Iceland’s special prosecutor has said it may indict as many as 90 people, while more than 200, including the former chief executives at the three biggest banks, face criminal charges.

Larus Welding, the former CEO of Glitnir Bank hf, once Iceland’s second biggest, was indicted in December for granting illegal loans and is now waiting to stand trial. The former CEO of Landsbanki Islands hf, Sigurjon Arnason, has endured stints of solitary confinement as his criminal investigation continues.

Can you believe that, solitary confinement DURING an investigation? Seems like these Icelandic post Vikings consider the financial rape and pillaging of the country a serious offense, and not just a regulation flaw or an accounting irregularity.

The Iceland Review reported on February 6th that even the banks accounting firms are getting drawn in now:

Three employees of the auditing firm KPMG were questioned on behalf of the Office of the Special Prosecutor on Thursday and documents concerning the investment company Milestone and related companies were confiscated at KPMG’s headquarters.

From the Financial Times on February, 23rd, by Michael Stothard in Stockholm we have this incredible admission from Britain’s Serious Fraud Office that they have bungled  their investigation.

So how does little Iceland, with much less resources, manage to get it right? Might it be that there is no political corruption protecting the guilty?

The Icelandic probe into the collapse of Kaupthing Bank in 2008 made a big leap forward this week just as the UK’s Serious Fraud Office was admitting it had mishandled its investigation in the same affair.

The Icelandic special prosecutor charged Hreidar Mar Sigurdsson, the former chief executive of the failed lender, and Sigurdur Einarsson, the former chairman, with fraud and market manipulation. They are due to appear in court next month.

The move was the culmination of a three-year investigation by the special prosecutor, which was set up following the country’s 2008 banking crisis to look into “suspected criminal conduct before, during and following the events that led to the so-called ‘collapse’ in Iceland”.

“This is a good moment for the people of Iceland, many of whom are still very angry about the events of 2008,” said Thorolfur Matthiasson, professor of economics at the University of Iceland.

The indictments will come as a relief to Olafur Hauksson, the special prosecutor leading the case, who has in the past faced criticism for lack of progress. His fortunes are today in stark contrast to those of Richard Alderman, director of the SFO, which has been investigating Kaupthing’s UK ties.

The British agency was forced on Wednesday to admit “very regrettable errors” in the way it handled part of its Kaupthing inquiry involving Vincent Tchenguiz, the property tycoon, who was a major borrower from the bank.”’

The SFO joined the investigation into possible criminal activity at Kaupthing in 2009 because of the sizeable operations it had in the UK and also because several UK-based figures were among its biggest shareholders and borrowers, including Mr Tchenguiz and his brother Robert.

Over the next three years, the SFO and Icelandic special prosecutor co-operated on numerous operations, launching a raid on offices in Luxembourg, which was an important offshore base for Kaupthing…..

So despite our huge Justice Department resources here, rather than honoring their oaths of office our own public officials are tripping over each other trying to shake down the business community for giving them a pass on their pillaging if they can be generous enough with their begotten loot.

In all of the financial stories I have read there is a nary a whiff of potential criminal prosecution. The way they play the scan here is that if you steal a little you actually do risk possibly going to jail.

But if you can actually steal a huge amount, then you can use the country’s well being as your human shield…that to prosecute your company criminally would hurt a lot of innocent stockholders who might remember that come election time.

Our legislators have been very chummy with them on legislation creep that has made corporate criminal cases virtually a thing of the past. And as for our regulators and protectors, what do you think their odds are for a lucrative post government career would be for those who made a name for themselves with criminal corporate prosecutions?

Is this an election issue? Of course it isn’t. When it is question 22 on a polling list of five issues, it doesn’t do very well. I heard of one poll where gas/fuel prices ranked 20th on a list of concerns. I have never since a list of 20 polling questions in my life.

And not an issue…when rigged gas prices are holding back our economic recovery? Gordon Duff, with his international oil and banking work has written multiple articles on how oil should be $40 a barrel based on demand and gas $1.75 a gallon.

Inflation would be down and the public would have a lot more spending money that is now going to the oil Vikings, the Gulf pirates, Russia, Iran, Uncle Chavez.

And I ask again, this is not a presidential campaign issue?

What more proof do you need that mass psychology is an advanced art and they really do control much of what we think based on what they allow to be seen being discussed in public, and what they don’t.

It works, it pays, and they do it. So now what are we going to do? We know what the New Iceland Vikings are doing.  They want to have a Bankster barbecue. Are you getting my drift? Yes…we need to hire some of them, do an exchange program, anything…but show us the way!

Dear Iceland, send Viking special prosecutors over here now, the mean ones please. All I want out of it are the rights to the reality TV series. May the lava pools in Iceland be hell on earth for you know who.


Jim Dean is a managing editor for Veterans Today and currently hails from Atlanta, Georgia. His Veterans Today archives are here on his Bio Pagewhere he has been experimenting with new media formats and material to broaden the VT readership base internationally.

He has been writing, speaking and doing public relations, television, radio, and now multimedia consulting for a variety of American heritage, historical, military, veteran and Intel orgs. Jim has appeared on PBS most recently in the Looking for Lincoln documentary with Prof. Henry Lewis Gates. He has also  lectured at the Army Command and General Staff School at Fort Gordon, Georgia.