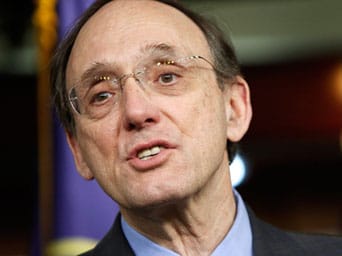 The battle for Gulf War Illness Research Funding on the Hill is in full swing and we need all to call their US Representatives in their DC office and ask for their Veterans Staffer to discuss getting Representatives to sign on to this Effort. Letters, EMails, and Petitions all efforts are welcomed and needed. This has gone on too long and the Gulf War Veterans Need and Deserve Support.

Here is the Dear Colleague Letter that has been sent to every US Representatives office in DC:

SUPPORT THE SEARCH FOR TREATMENTS FOR GULF WAR VETERANS’ ILLNESS

**This is a PROGRAMMATIC REQUEST. No financial disclosures are required. Members would only need to submit the project online as a programmatic request. **

This request is supported by the American Legion, Disabled American Veterans, Vietnam Veterans of America, and Veterans for Common Sense

We write to request your support to secure full funding for the Gulf War Veterans Illness Research Program within the Congressionally Directed Medical Research Program (CDMRP) at the Department of Defense.

An estimated 250,000 veterans of the first Gulf War suffer from persistent symptoms such as chronic headache, widespread pain, cognitive difficulties, unexplained fatigue, gastrointestinal problems, respiratory symptoms, and other abnormalities that are not explained by traditional medical or psychiatric diagnoses. Research shows that as these brave veterans age, they are at double the risk for ALS (Lou Gehrig’s disease) as their non-deployed peers. There may also be connections to Multiple Sclerosis and Parkinson’s Disease. Gulf War veterans suffering from this illness remain without a cure and significant gains from the research program have been made. We can’t allow Congress to forget these veterans now.

The GWVIRP is the only national program studying this issue, and it is working. CDMRP-funded researchers at the University of California, San Diego, reported in June on the first successful medication treatment study in the history of Gulf War illness research. The study showed that the supplement CoQ10 produced significant improvement in a range of symptoms of Gulf War Illness, including one of the most serious, fatigue with exertion. It is not a cure, and the study needs be replicated in a larger group, but the result is extremely encouraging.

The research conducted by GWVIRP is vital not only for ill Gulf War veterans, who currently lack any effective treatments, but also for other U.S. military forces.

Thank you for your interest and continued support of the Gulf War Veterans’ Illness Research Program (GWVIRP) within the Congressionally Directed Medical Research Programs (CDMRP), including the $10 million awarded to the program for FY 2012. As the Subcommittee begins work on the FY 2013 Appropriations bill for the Department of Defense, we are pleased to point out the dramatic progress made by the program during the past two years.

In a landmark 2010 report, the Institute of Medicine (IOM) recognized that the chronic multisymptom illness affecting 250,000 Gulf War veterans is a serious disease (not caused by psychiatric illness) that also affects other U.S. military forces, and called for a major national research effort to identify treatments. The scientific community has responded with a dramatic increase in the quality and quantity of proposals submitted to CDMRP. Most encouraging, CDMRP-funded researchers have completed the first successful pilot study of a medication to treat one of the major symptoms of Gulf War Illness. In recognition of this progress, last July a bipartisan amendment to the Defense Appropriations Act of 2012 provided $10 million for the program.

We appreciate the support you have given to make this progress possible, and respectfully seek your support in FY2013 for adequate funding to continue the progress that has been made. Funding will be used for pilot studies of promising treatments, for clinical trials of treatments shown effective in earlier pilot studies, and for the execution of collaborative treatment research plans developed by consortiums of scientists funded by CDMRP in FY10.

This effective small program demonstrably merits continuation and expansion, even in a time of fiscal austerity.

The research conducted by GWVIRP is vital not only for ill Gulf War veterans, who currently lack any effective treatments, but also for other U.S. military forces. Assummarized by the IOM committee chair, Dr. Stephen Hauser, in his letters to you dated July 20, 2010, the IOM report recognized that “the chronic multisymptom illness that affects an estimated 250,000 Gulf War veterans — over one-third of those who served — also affects other military forces,” and that this research is “vital to the health and effectiveness of current and future military forces, in addition to Gulf War veterans.”

The GWVIRP is the only national program addressing this issue. It is a competitive peer-reviewed program open to any doctor or scientist on a competitive basis. By contrast, Veterans Affairs (VA) research programs are only open to VA doctors, few of whom have expertise in chronic multisymptom illness. To effectively address a difficult and specialized problem like this, it is necessary to enlist the entire medical scientific community.

Most importantly, it is working. CDMRP-funded researchers at the University of California, San Diego, reported in June of last year on the first successful medication treatment study in the history of Gulf War illness research. The study showed that the supplement CoQ10 produced significant improvement in one of the most serious symptoms of Gulf War illness, fatigue with exertion. It is not a cure, and the study needs be replicated in a larger group, but the result is extremely encouraging.

At long last, the scientific community has recognized the severity and scope of this problem and is engaged in its solution. Congress has created this superb program which is succeeding where others have failed. We respectfully request that you providing the necessary resources to accomplish this vitals mission.

This request has the endorsement of American Legion, Disabled American Veterans, Vietnam Veterans of America, and Veterans for Common Sense

The main aim of my teaching for the last five years has been to enable students to reason, conjecture, estimate, adapt their methods and justify their assertions. My teaching practice was based on the belief that the students should view mathematics as logical and not just a memorisation of rules without any understanding. This affected the whole of my teaching practice. Firstly, I stated explicitly to the students that they only have to think critically and logically while doing mathematics; therefore they will not be taught rules: they will choose their own mediod to solve problems. Secondly, the core of the lessons was talking to the whole class, or to their group, about the strategies used. More lesson time was spent on talking about madiematics than doing exercises. Moreover, frequendy the students were asked to create and solve their own examples and write their comments about why the results are reasonable, explain their strategies and write about the similarities and differences in the examples. Sometimes the teacher presented a rule and students had to explain why the rule helped us to find the answer; in other words, they were looking for the proof of the rule. web site cool maths games

Here are some ideas I used with my Y6 class in Cyprus:

1 Write down some fractions less than half. Have a look at the numbers you wrote. Write your comments. Discuss it with your group. Write some more examples from the students in your group.

2 The division 4 212 -5- 18 has no remainder. Can you change some digits so that the new division will not have a remainder eidier?

4 Write multiplications that give fourdigit answers. Discuss them with your partner. Write a few examples from your partner.

6 Write some improper fractions that are equal to 3. Write your comments about the numerator and the denominator.

7 Why is it difficult to design a solid shape in my exercise book?

9 Maria believes that the fractions below are equal. Can you explain to her why this isn’t correct? Write your own examples and create your own diagrams.

2/4 2/12 10 Homework: Write pairs of fractions with the same denominator. Circle the bigger one.

11 Is it possible for an isosceles triangle to have an obtuse angle? Draw some examples.

Last but not the least, in order to convince students that mathematics is a matter of questioning and thinking logically, the assessment didn’t seek numerical answers. The tests included what students did during the lessons: justifications, explanations, creating examples and choosing the most logical answer. The change in this aspect was the most difficult to accomplish. Assessment with open questions is different and more time-consuming. Scoring includes comments about the student’s level of understanding. The instructor has to count examples that the student wrote and find comments inferring good understanding. At the end, students do not get their score alone but their score accompanied by remarks about what they understood very well and suggestions for rethinking some concepts. go to web site cool maths games

Students’ behaviour At the end of the year, the majority of the students were able to make some attempt by themselves to solve a problem. They found it easy to write comments about their strategies and explain why the result was logical. Even though they managed to think about high level mathematics, when they were asked to write what they didn’t like from the mathematics lessons most of them wrote that they got tired searching for logical answers and writing comments. They preferred playing maths games. Therefore there is a challenge for me this year: Is there a way to use mathematics games to explore mathematical ideas?