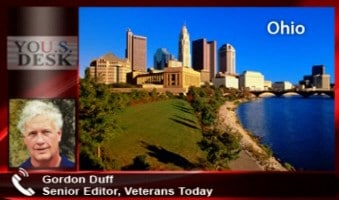 Multiple deployments ‘while on anti-psychotics’

Gordon Duff, Senior Editor at Veterans Today slams the U.S. military for doing “very little about” the rising suicide rate among troops, blaming multiple deployments and faulty medications as to why soldiers resort to taking their own lives.

The lives of these people have been built around their communities, their jobs and their families, and as they go to Iraq and Afghanistan year after year, every time they come back they are less likely to have a job or a family and anything to live for,” Duff told Press TV’s U.S. Desk on Thursday.

He said that there is no clear data on suicides in the U.S. military. “It was as low as 25%, as high as 40%. [Soldiers] have gone on multi deployments while on anti-psychotic medications and the cocktail of medications that the military has been giving to the troops has included items that have been shown to be capable of inducing suicide.”

The number of suicides in the U.S. Army rose by 80 percent after the United States launched the war on Iraq, American military doctors reported on Thursday.