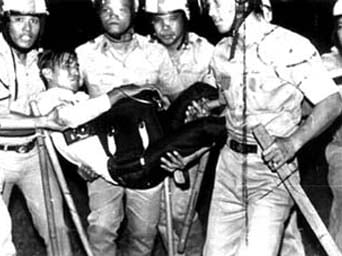 On March 16, the White House released the “National Defense Resources Preparedness” which gives the President the ability to impose martial law in case of a war or national emergency. The federal government now has the authority to take over almost every aspect of American society including food, livestock, farming equipment, manufacturing, industry, energy, transportation, hospitals, health care facilities, water resources, defense and construction for the President to dispense as he sees fit during a national crisis.

“The backdrop to the executive order is the looming showdown with Iran. The administration says the ‘window for diplomacy is closing.’ Defense Secretary Leon E. Panetta warned Tehran’s mullahs that ‘all options are on the table’ — including military intervention. Mr. Obama stresses that his patience is running out. He vows that Iran will not acquire the bomb. Mr. Obama wants several more months for sanctions and international isolation to bring the ayatollahs to heel. Yet the signals are clear: Mr. Obama may be ready to launch devastating airstrikes on Iranian nuclear facilities.

“If that should happen, Iranian President Mahmoud Ahmadinejad has promised massive retaliation. American troops will be targeted by Iranian proxies in Iraq and Afghanistan. American embassies will be struck across the Middle East and North Africa. Most ominously, Iranian-backed Hezbollah cells could launch devastating terrorist attacks in major U.S. cities, killing numerous citizens. The war may well come home, triggering domestic chaos. These are the very real risks of a major conflict with Iran.” [1]

“In America today, open financial support for Israel’s clandestine nuclear program is becoming more brazen even as many of its supporters and lobbyists demand U.S. military attacks on Iran’s nuclear program. The American Committee for the Weizmann Institute raises millions in tax-deductible funding for its Israeli parent organization, which was found in a 1987 Pentagon-sponsored study to have developed a cutting-edge high-energy physics and hydrodynamics program “needed for nuclear bomb design.” The Weizmann Institute advanced methods for enriching uranium to weapons-grade through the use of lasers even as the United States worried that Weizmann’s networked supercomputers were being used to reduce the size of warheads. Despite public calls for an IRS review of its tax-exempt status, the American Committee plows on announcing new corporate grants, ever confident that its elite overlapping board, which has included such luminaries as AIPAC/WINEP chairman emeritus Robert Asher, will back Weizmann, ensuring that nuclear funding continues to flow.

“Perhaps trying not to be outdone, President Barack Obama announced at AIPAC’s Washington conference that he will soon take center stage in the Israeli nuclear Théâtre de l’Absurde. According to author Avner Cohen, Israeli President Shimon Peres was a key architect of Israel’s nuclear weapons program from its very beginning. In 2010, scholar Sasha Polakow-Suransky released secret documents revealing how Peres even offered to sell nuclear-tipped Jericho missiles to the foundering apartheid regime in South Africa. That is why this summer, when Obama personally awards Peres a Presidential Medal of Freedom, he’ll be conferring America’s highest civilian award to the Middle East’s most notorious nuclear proliferator.” [2]

As Martin Luther King, Jr. knew “the fierce urgency of now” so do I in light of Vanunu’s first public comment since he moved back to east Jerusalem on:

On March 18, 2012, Vanunu wrote: “…And the way to prevent any war with Iran is By demanding, making many programs about Vanunu’s Freedom now struggle, and publishing again all the interviews, Videos,and Dimona Photos. Telling Israel the first step in the Path for M E disarmament is let Vanunu go NOW!!” [ LATEST Message from Mordechai Vanunu: Israeli Nuclear Whistle Blower RE: Iran and Israel’s WMD]

I have done so and will continue to raise awareness of Vanunu’s ongoing saga until he is freed from Israel.

I have also learned to choose my battles wisely, and so I am surrendering the battleground at Facebook as much out of boredom with the medium as great relief that Vanunu has agreed to take over the Facebook Cause established to help free him.

After the publication of this article, the Facebook page I established in December 2009, will Fall when I deactivate it as I feel that my mission at Facebook has been accomplished.
The first time Eileen Fleming departed Facebook was when I was Deactivated as in censored by the powers that be on 7 July 2009, while in the midst of posting to the Cause I had created and was the only administrator of:

The reason I returned to Facebook five months later was to play a ‘stupid spy game’ as a way to raise awareness and support for Vanunu. My first step was to establish the email account [email protected] and Joe Flannigan was the name that appeared on the Facebook wall. Joe’s only reason for being at Facebook was to disseminate links pertaining to Vanunu and Middle East nuclear issues.

When Vanunu was sent back to solitary confinement on 23 May 2010, [outcome of his Freedom of Speech Trial and punishment for speaking to foreign media in 2004] he had been off of Facebook for months. 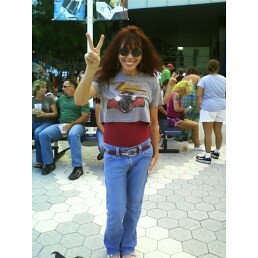 When Vanunu was released from jail on the 8th of August, he established Vanunu Mordechai and I received an invitation from him to be Facebook Friends. I responded, that I was NOT Joe, but the eileen fleming, who was banned by Facebook for her political activism in support of Vanunu in July 2009.

I also readily disclosed all on my Facebook Info Wall and if you are on Facebook, you may have been one of my 2,824 ‘Friends’ or 44 Subscribers who knew me by this icon:

Within days of Vanunu’s 2010 release from jail, he quickly accrued 1,000 Facebook Friends, but since has whittled them down to 46.

The FB/Facebook cause was established in September 2010 and as of this writing has a total of 5,246 MEMBERS and 782 ACTIONS.

The TOP Recruiters of the Cause are: Eileen Fleming recruited 331 people Vanunu Mordechai recruited 161 people John Tyrrell recruited 107 people. John Tyrell was also the Founder of the Cause and when he resigned from administrative duties, he appointed me Primary Administrator and I also became the only one. Shortly thereafter Vanunu agreed to be a silent administrator-meaning he would not be active but he would write the final bulletin from freedom and thus end the cause.

The last message/comment I left for Vanunu at his YouTube Channel, he published but did not respond to:

A “friend” of V’s has accused e of “fabrication” in the publication of V message of 18 March 2012! IF only V’s ‘friends’ would actually do what V has asked “By demanding, making many programs about Vanunu’s Freedom now struggle, and publishing again all the interviews, Videos,and Dimona Photos. Telling Israel the first step in the Path for M E disarmament is let Vanunu go NOW!!” Instead of attacking or ignoring e, it would happen sooner than later! eileen4HOUSE2012

Time will tell if Vanunu’s friends and supporters will do anything on or before 21 April which marks the first day of the ninth year –on top of 18 in jail- Vanunu has been denied the right to leave Israel.

In 1987, from Ashkelon Prison, Vanunu wrote: “I have no choice. I’m a little man, a citizen, one of the people, but I’ll do what I have to. I’ve heard the voice of my conscience and there’s nowhere to hide.”

I’ve heard the voice of my conscience too and so my time at Facebook has come to a peace filled end and I will persist to tell the Vanunu saga until Israel allows him the right to leave the state and fade into the world instead of continuing to make headlines.

On 21 April, I will be at Strawberry Fields, Central Park quietly but publicly reading a few of Vanunu’s Words from solitary confinement circa 1987.

I will also tell anyone who is interested that in 2004, Yoko Ono awarded Vanunu the GIMME SOME TRUTH Prize and Ono has been silent ever since, but I imagine John would NOT.

Buddha knew that, “We are the heirs of our own actions.”

Whether Vanunu is destined to remain captive in Jerusalem or be freed, whether Vanunu deactivates Free Mordechai Vanunu or seizes his freedom of speech on the WWW, Vanunu’s actions in exposing Israel’s nuclear deceptions will shine on and on and on all over the WWW -unless Big Brother pulls the plug on the Internet!

But words in print are forever and as it has been said; if you want to change the world-WRITE!

I wrote on the last page of my third book this quote from Vanunu and conclusion by me:

“The only way to peace is peace; the only way is nonviolence. The only answer to Israeli nuclear weapons, their aggression, occupation and oppression, and the wall and refugee camps is to answer them with truth and a peaceful voice. When I became the spy for the world, I did it all for the people of the world. If governments do not report the truth, and if the media does not report the truth, then all we can do is follow our consciences. Daniel Ellsberg did, the woman from Enron did, and I did.”

So did Eileen Fleming.

And the bottom line for me is that experience is not just what happens to you, but what you do with it, and que sera sera [what will be will be.] [3]

I am eileen fleming and I approve of all of my messages.