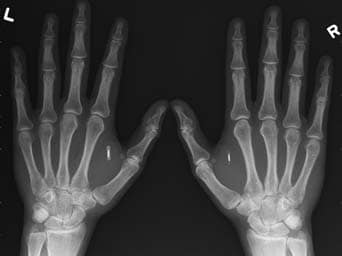 Bloggers have been banging away about claims that the ‘Obamacare’ bill contains explicit mandate for jabbing an RFID chip into everybody, starting earlier this week.

I googled the topic to see how much fizz is out there and noted about 150 comments on a blog that insisted the story is real. Most of the comments were in denial that such a draconian measure would be in the ‘progressive’ legislation.

Why is anyone stunned by this news?  The ‘Big Brother’ types, who want to ride everybody down, have been lusting over this technology since its inception; It’s how we can count sheep, cattle and pigs from a helicopter with meaning; isn’t it?

I ran across an old bit on this in the Sweet Liberty archives, where the alert Jackie Patru had posted a campaign for these exact same chips by the Grand Lodge of Nebraska back on December 12 2005; www.sweetliberty.org

Of course this is a ‘Masons do Good’ campaign. Were cornhuskers selected for demographics, or what?