Home Veterans “Throw Their Dirty, Filthy Ships Out of the Water!” 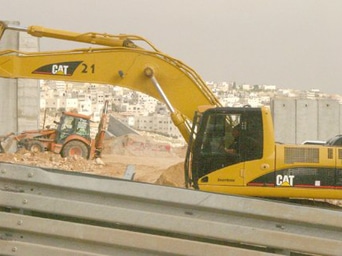 Historical parallels are never exact. But it is not unusual for us to see moments from the past resonating with moments of the present.

“Throw Their Dirty, Filthy Ships Out of the Water!”

In the 2006 movie, Amazing Grace, John Newton shouts these words at William Wilberforce, a member of Parliament who was the leader of  a 19th century fight to  force the British government to bar British ships and ports from participating in the slave trade.

The “dirty, filthy ships” to which Newton refers are slave ships which sailed from England to Africa and then to the New World.

This conflict is captured in precise and dramatic detail in the film, as Wilberforce and his allies in the Parliament, and from anti-slavery groups, visit slave ships and meet with former slaves.

John Newton had been the owner and captain of one of those ships. Following a major storm in the Atlantic that almost sank his ship, Newton repented of what he knew was a great sin, the mistreatment of fellow human beings.

Newton returned to England to become what he later termed, “an old preacher”.  He also wrote hymns, the most famous of which was Amazing Grace, which contains the line, “I once was lost but now I am found, was blind, but now I see”.

Newton had known Wilberforce for many years, constantly encouraging him to continue his long abolitionist struggle, first to bar all slave ships from English ports and then to eliminate slavery throughout the United Kingdom.

At the time pro-slavery members of Parliament argued that the slave shipping trade brought economic benefit to England. Some even maintained that slaves were content with their lot; others argued slaves were sub-human.

Amazing Grace, directed by Michael Apted, traces the friendship of Wilberforce and Newton.  It also examines Wilberforce’s growth as a political leader, and not so incidentally, as a friend of William Pitt, his friend who became Prime Minister at the age of 24.

Pitt was a cautious politician. He was also a supporter of Wilberforce’s idealism. Another important historical figure who is not portrayed in the film, is John Wesley

When I revisited the film this week, less than a week before the United Methodist Conference opens, I was struck by a historical parallel, and most especially, I was moved by Newton’s violent outburst to Wilberforce.

I found myself thinking, we are well past time to “throw this dirty, filthy Occupation out of United Methodist waters”.

Of course, historical parallels are never exact. But it is not unusual for us to see moments from the past resonating with moments of the present.

The current Israeli Prime Minister, Benjamin Netanyahu, is never reluctant to link the Holocaust as a moment in time which constantly threatens to reappear whenever a political action fails to go to his liking.

The matter of Iran’s alleged development of nuclear arms, is a case in point.

I find sufficient evil in Israel’s Occupation to justify a connection between Britain’s 19th century approval of slavery, on economic grounds, and the American support of an Israeli Occupation which continues to imprison the Palestinian population.

High on the legislative agenda of GC is a resolution, Aligning United Methodist Investments with Resolutions on Israel/Palestine.

Contrary to the many deliberately misleading descriptions of this resolution, it is designed to do exactly what it says in its title, “align its church investments with previous resolutions on Israel/Palestine”.

The divestment resolution does not call for a boycott of the state of Israel. It is narrowly focused,  an internal church document which mandates that the church’s financial managers (the General Board of Pensions) divest all church fund investments in three American companies that directly support Israel’s occupation of the Palestinian West Bank.

The three companies are Caterpillar, Hewlett Packard and Motorola, a specificity that emerges from more than eight years of study, dialogue with these companies and considerable debate in local “annual conferences”, many of which sent their own versions of the divestment resolution to the GC.

The process is quite methodical, appropriately enough, for a denomination that mirrors the practices of the 18th century Methodist societies which were derisively labeled “methodists” by the Anglican hierarchy, which branded “methodists” as outliers to the established Church of England.

It was this Church that, among other things, banned John Wesley from pulpits of the Church of England, the body in which John and his brother Charles Wesley (author of many hymns) were ordained.

This led the Wesleys to take to fields and tree stumps to proclaim a fresh, new message of salvation and methodical practices that emphasized discipline,  personal spiritual growth and social action against sin.

The Wesley brothers instructed their followers to see the Christian faith as an instruction manual for social justice, including Wesley’s strong opposition to the immoral practice of slavery.

Wesley despised slavery. He also knew the work of Wilbur Wilberforce and had followed his career as a politician fighting an uphill battle against the evils of slavery.

The last letter that John Wesley wrote before his death in 1791, was to William Wilberforce, who earlier had been converted under Wesley’s ministry.

Wesley wrote to Wilberforce on February 24, 1791, eight days before Wesley’s death on March 2, 1791. The letter encourages Wilberforce to continue his fight against slavery.

The letter begins with a Latin phrase, Athanasius contra mundum, which translates as “Athanasius against the world”.

Wesley was a theologian to the end. Even in his final letter, he could not resist recalling one of his favorite themes.

Athanasius of Alexandria (c. 296-373 AD) was a early church father who was a vigorous opponent of Arianism (an early Church heresy that taught that Jesus was a subservient and created being).

Here, in its entirety, is Wesley’s final written words, addressed to William Wilberforce:

Unless the divine power has raised you us to be as Athanasius contra mundum, [emphasis added] I see not how you can go through your glorious enterprise in opposing that execrable villainy which is the scandal of religion, of England, and of human nature.

Unless God has raised you up for this very thing, you will be worn out by the opposition of men and devils. But if God be fore you, who can be against you? Are all of them together stronger than God? O be not weary of well doing! Go on, in the name of God and in the power of his might, till even American slavery (the vilest that ever saw the sun) shall vanish away before it.

Reading this morning a tract wrote [cq] by a poor African, I was particularly struck by that circumstance that a man who has a black skin, being wronged or outraged by a white man, can have no redress; it being a “law” in our colonies that the oath of a black against a white goes for nothing. What villainy is this?

That he who has guided you from youth up may continue to strengthen you in this and all things, is the prayer of, dear sir,

I propose no firm historical linkage between slavery and Occupation, but I do propose a linkage between the demand for action called for by John Newton against slavery, and the passage of a divestment resolution by United Methodist General Conference delegates as a 21st century demand for the UMC to halt its financial support of Israel’s occupation of the Palestinian people.

It is well past time to “throw this dirty, filthy Occupation out of United Methodist waters”.

The clip from the film Amazing Grace, may be found at http://www.amazinggracemovie.com

He has made more than 20 trips to that region as a journalist, during which he covered such events as Anwar Sadat’s 1977 trip to Jerusalem, and the 2006 Palestinian legislative election. He has interviewed, and written about, journalists, religious leaders, political leaders and private citizens in the region. Jim served for two years on active duty in the US Air Force, and three additional years in the USAF (inactive) reserve. His website: Wall Writings.

View all posts by James Wall.
ATTENTION READERS
Due to the nature of independent content, VT cannot guarantee content validity.
We ask you to Read Our Content Policy so a clear comprehension of VT's independent non-censored media is understood and given its proper place in the world of news, opinion and media.