In contrast to Gilad Shalit, the French-Israeli soldier kidnapped by Hamas on June 2006, who became a cause celebrate by heads of states, international organizations, kidnapped Palestinian civilians are ignored by Israel, by the Palestinian leadership, certainly by the world community.

Gilad Shalit was not an ordinary Israeli civilian citizen. He was a soldier, a member of the IDF, carrying a gun, ready to shoot and kill. He was a prisoner of war. In contrast, the Palestinian prisoners held under administrative detention are kidnapped civilians, not soldiers, not carrying guns, did not shoot or kill any one. They are simply kidnapped and held without cause and without trial by a criminal Israel and every one that count remains silent.

The interesting thing about Israel’s administrative detention is that it is inherited from the former British Mandate in Palestine and used to detain and applied more to Palestinians and much less to Jews, even though Jewish settlers were actively engaged in terrorist activities. 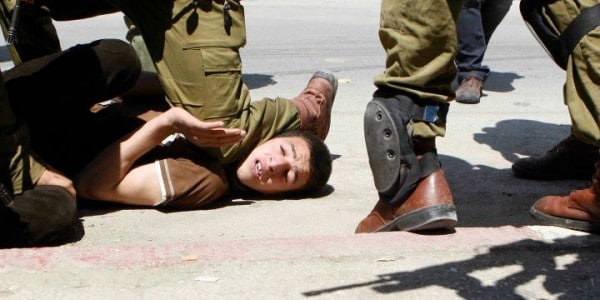 It is also interesting to note until Israel formally adopted the “administrative detention” in 1979, the Knesset and for a long time since the founding of the state refused to formally adopt it, as it was ashamed to use it. The state simply “borrowed” it to detain Palestinians, first those who remained in Palestine of 48 and then later widely used to detain hundreds of thousands since 67. Over 600,000 Palestinians were processed through Israeli jails. That is one third of the population.

Under Israeli laws, the Defense Minister has the authority and power to detain any one for renewable periods of 6 months based on recommendations of the various security agencies. Of course no need for any detainee to have committed any crimes. Simply if the security agencies think a detainee is a person of interest it can detain them.

Moreover the law does not require the state to bring or file formal charges, and the detainee has no right of council, and has no right to see or cross examine the order, neither the defense lawyer. So-called “evidence” is presented to a presiding judge normally in a military court and the state does not even have to present evidence. A simple letter from the Defense Ministry claiming there is “evidence” is sufficient to send someone to jail for yearns without trial. Now my friends this is the only democracy in the Middle East and this is America’s best ally, certainly the most expensive ally in the history of the world.

Now these people were never charged with any crime, nor there were any evidence they collaborated with the Japanese. Yet the President of the United States saw it fit to detain these American people simply because they were Japanese.

While the US detained and “interned” these US citizens because they were of Japanese origin, the US did not detain or create internment camps for Americans of

The US Supreme Court in Karamtsu vs. the US, 323 US 214, sided with the government and ruled President Roosevelt Executive Order 9066 was constitutional. I was surprised back in 76 when I did a research paper on the subject

that the most liberal justice on the court justice William Douglas ruled with the majority of 6-3. That case stand, it was never overruled.

While every Tom, Dick and Harry from Obama to Blair, to Merkel to Sarkozy to too many to mention traveled to Jerusalem and Ramallah in support of the release of Gilad Shalit, even the G8, the Catholic Church, Russian leadership all demanded his release. He became an “honorary” citizen” of many countries in Europe. Yet hardly any one, not even the UN ever gave a damn about the thousand Palestinians kidnapped and detained by Israel.

More tragic is the fact that the Ramallah leadership never made the issue of kidnapped prisoners a priority or an issue in international meetings, only giving a lip service. Only when these detainees went on hunger strike did the Ramallah

leadership paid any attention. Its priority always was to seek funds to operate and serve the Jewish Occupation.

Unlike the movie Fiddler on the Roof when the lead character Tevye sang his song “If I was a rich man,” the Palestinians prisoners should be singing the song “ If I was Jew”. Only then will the world give them any attention.