Home Veterans Power of and To: Nonviolent Political Prisoners and People of Conscience 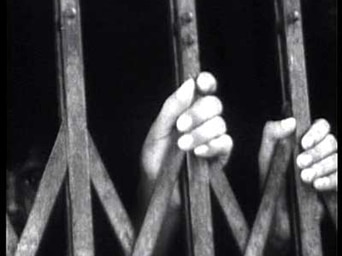 Maybe Israel dodged a bullet on the 64th anniversary of Al Nakba Day Read more… , which was nearly a month after 2,000 Palestinian political prisoners’ began a hunger strike, which ended Monday night upon reaching an agreement with the Israeli Prison Service (IPS) to attain certain core demands.

Two of the hunger strikers have not eaten for 78 days and that’s eight days longer than IRA prisoner Bobby Sands, when he died on his strike in 1981.

Bilal Diab and Thaer Halahleh have said they will not start eating again until their administrative detentions are lifted. Both men are members of Islamic Jihad, but they were never charged with anything, and it’s still not clear why they’re still being held or if, they will be released.

Among the demands raised in the collective hunger strike, included an end to the IPS’ abusive use of isolation for “SECURITY” reasons.

Juan E. Méndez, the Special Rapporteur on torture and other cruel, inhuman or degrading treatment or punishment told the UN General Assembly’s third committee-which deals with social, humanitarian and cultural affairs- that punishment by solitary confinement amounts to torture:

“Segregation, isolation, separation, cellular, lockdown, Supermax, the hole, Secure Housing Unit… whatever the name, solitary confinement should be banned by States as a punishment or extortion technique.

“Social isolation is one of the harmful elements of solitary confinement and its main objective. It reduces meaningful social contact to an absolute minimum. A significant number of individuals will experience serious health problems regardless of the specific conditions of time, place, and pre-existing personal factors”.

“Indefinite and prolonged solitary confinement, in excess of fifteen days, should also be subject to an absolute prohibition,” the expert said noting that scientific studies have established that some lasting mental damage is caused after a few days of social isolation.” [1]

A few weeks after his freedom of speech trial began, Vanunu explained why Israel tortures by solitary confinement:

During my January 2006 trip to Ramallah, I met with Ala Jaradat, spokesman for ADAMEER [Arabic for conscience] and he informed me:

“Most of these arrests occur after midnight when large numbers of IDF storm into neighborhoods or refugee camps, horrifying everyone and arresting anyone 14 years or older. Sometimes they storm into business offices and arrest the breadwinners of the families without any charges.

“These arrests and detentions are based on military orders; we live under a kind of Marshall Law which rules every aspect of Palestinian life: where we live, our license plates that restrict our movement and limited voting rights. Under these military orders the Israeli government is free to hold anyone eight days without accusations or charges. They can hold anyone up to 180 days for interrogation and up to 60 days without benefit of a lawyer.

“The Israeli government never agreed to the Second Geneva Convention, the Knesset never ratified it, and when it comes to the Occupied Territories they totally ignore it. Israel is the only State that approved torture of detainees. I know there are dictators who use torture, but Israel is the only State that supported torture until 1999. That is when International, Israeli and Palestinian pressure groups forced the issue and Barack was confronted about it when he visited the United States.

“The IDF will round up and arrest family members and use threats against their relatives to force confessions. The interrogations lead to Military Trials which is theoretically like court with three Judges presiding but only one is required to have an education and a law degree is not at all necessary. The Military Commander appoints the translators, issues all orders, assigns the judges, and has total control. One appeal is allowed, but if the judges are settlers the Palestinian is in deep shit!

“Administrative Detentions are issued by the Military Commander for a period of six months and the reason is always labeled ‘Security’ and the charges can be renewed indefinitely. One Palestinian spent eight years under Administrative detention and hundreds have endured four or more years. Today fifty are being held for the past four years. They may be released for a day or two and then they are rearrested because they are social or political activists but reasons are not given by the Israeli government.
“At any given moment 10% of those in prison are under Administrative Detention. There are currently 8,000 prisoners and 800 of them are under Administrative Detention. The government does not have to inform anyone about these arrests except the Red Cross and only if they are imprisoned over two weeks, but most arrests go unreported.

“Any Palestinian under the age of 16 is tried as an adult, but for an Israeli Jew it is 18 years of age. Under 12 years old the child can be arrested but not detained. Over 12 they can be arrested, detained, interrogated, prosecuted and sentenced for throwing stones.

“Most of the Israeli Jews that are imprisoned are in for violent crimes against society and they are mixed in with the Palestinian population. The guards encourage them to do what ever they want to do against the Palestinian population. This is an open invitation by the Israeli government to incite violence and terror in the prison system. We have sworn affidavits from Palestinians claiming it was the guards who encouraged the violence inflicted upon them.

“In August 2004 the Palestinians went on a hunger strike to raise awareness of this problem and the Minister of Health who is responsible for them stated publicly: ‘Our hospitals are off limits to them They can all starve themselves to death.’

“No human rights organizations are allowed access to the prisoners. Only lawyers and the Red Cross can visit them but have no access to the facilities where they are detained.

“The methods and photos from Abu Grahib and Guantanamo were no shock to any Palestinian who had been in prison between 1967 and the ‘80’s. All the methods used in Abu Grahib were normal procedures against Palestinians. In 1999 Internationals, Palestinians and Israelis for human rights threatened a boycott against Israel and that is what forced the Supreme Court to address the torture issue. They did not ban torture and the General Prosecutor can choose not to prosecute those who still use it.” [2]

In particular, to be taken to account is G4S, the world’s largest international security corporation, which helps to maintain and profit from Israel’s prison system, for its complicity with Israeli violations of international law.

Please click here to sign onto the demand that G4S ends its involvement in the Israeli prison systems violations of Palestinian human rights.

1. Solitary confinement should be banned in most cases, UN expert says