Home Veterans The Incompatibility of Nakba and Neutrality 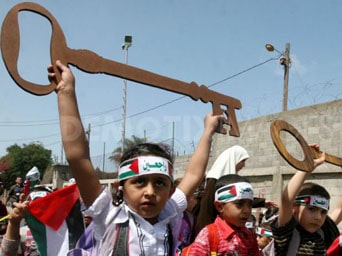 There is no such thing as neutrality in a military-enforced occupation.

Neve Gordon is an Israeli parent. In 2009, already a well-known writer and teacher in Israel, Gordon called for a boycott of Israel products in an article he wrote for the London Guardian. He wrote with his children in mind:

Neve Gordon, a 47-year-old Israeli-born professor and author, greeted this year’s 64th anniversary of the Nakba with an essay for CounterPunch that included this revealing confession:

I first heard about the Nakba in the late 1980s, while I was an undergraduate student of philosophy at Hebrew University. This, I believe, is a revealing fact, particularly since, as a teenager, I was a member of Peace Now and was raised in a liberal home.

I grew up in the southern [Israeli] city of Be’er-Sheva, which is just a few kilometres from several unrecognised Bedouin villages that, today, are home to thousands of residents who were displaced in 1948.

How is it possible that a left-leaning Israeli teenager who was living in the Negev during the early 1980s (I graduated from high-school in 1983) had never heard the word “Nakba”?

It is an honest question. It is also a question that every one of us must confront if we are ever to grasp what is at the core of the so-called “debate” within American churches about the role Christians must play in ending the agony of the Israeli occupation.

For the religious establishment there can be no such thing as neutrality in dealing with how humans treat one another.  It is immoral under any religious system to remain neutral in the face of evil. “Little children, love one another” is not just a bumper sticker; it is a divine command.

Al-Nakba is the Arabic word for “the catastrophe”.

Hannah Ashrawi, a Palestinian activist and government leader, describes the annual May 15 day of remembering Al-Nakba:

Every year, Palestinians mark Al-Nakba, or the Catastrophe, of 1948, to remember how our vibrant society was physically and politically crushed by violence and forced expulsion.

It was not a natural disaster. Indeed, we have no doubt that it was a detailed plan of systematic destruction carried out with chilling efficiency. It was the biggest assault and threat Palestinian heritage has ever endured and the beginning of a deliberate effort to suppress the Palestinian narrative.

When Israel was created by the United Nations as a modern state in 1948, as later scholarship has revealed, the new state had a fully-developed plan to eradicate a culture and depopulate the land.

Hannah Ashrawi recalls the Palestine that existed before Israel was created:

By 1948, Palestine was one of the most developed Arab societies, boasting one of the healthiest economies under the British mandate and a high school enrolment rate, second only to Lebanon. Commerce, the arts, literature, music, and other cultural aspects of life were thriving in Palestine.

We remember that between 1911 and 1948, Palestine had no less than 161 newspapers, magazines and other regular publications, including the pioneer “Falastin” newspaper, published in Jaffa by Issa al-Issa.

Neve Gordon is an Israeli parent. In 2009, already a well-known writer and teacher in Israel, Gordon called for a boycott of Israel products in an article he wrote for the London Guardian. He wrote with his children in mind:

It is indeed not a simple matter for me as an Israeli citizen to call on foreign governments, regional authorities, international social movements, faith-based organisations, unions and citizens to suspend co-operation with Israel. But today, as I watch my two boys playing in the yard, I am convinced that it is the only way that Israel can be saved from itself.

I say this because Israel has reached a historic crossroads, and times of crisis call for dramatic measures. I say this as a Jew who has chosen to raise his children in Israel, who has been a member of the Israeli peace camp for almost 30 years and who is deeply anxious about the country’s future. 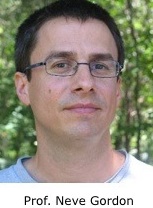 At the time, BDS, begun by Palestinian leaders, was just beginning to find limited traction. Gordon found few supporters within Israel and, of course, virtually none in the American media nor among mainline religious leaders.

I called that August, 2009, posting, “MLK: “Whatever affects one directly, affects all indirectly”; Time to Embrace BDS”.  The title was adapted from Martin Luther King, Jr’s, “Letter From Birmingham Jail”.

That was almost three years ago. The Israeli plan to built more settlements in the West Bank, and its parallel military assaults in Gaza have continued. The most recent Gaza assault the day after May 15, was reported by Mondoweiss.

Each year, the western media continues to follow the Israeli narrative slavishly, pushing May 15 as Israel’s Independence Day, an act of “collective amnesia” that ignores the Palestinian commemoration of May 15 as Al-Nakba, the day Palestinians remember the forced expulsion or deaths in 1948, of almost 70% of the Palestinian population living then in what has become the state of Israel.

Meanwhile, Neve Gordon refuses to stand down. He continues to register his witness on the importance of the Nakba, fully aware of how long it took for the Nakba to penetrate the collective consciousness of the Israeli peace community.

It will take much longer for the average Israeli citizen to grasp the importance of the Nakba to the Palestinians. As Gordon recalls his experience of growing up in a liberal Jewish family:

To be sure, the Nakba existed in the landscape. There are hundreds of ruined Palestinian villages throughout Israel, many of which are still surrounded by the sabra cactus. . .  .

Despite the Nakba’s immediacy, many tactics have been successfully deployed to hide its traces. Often critics mention in this context Israel’s ongoing scheme of planting forests on ruined Palestinian villages, but in my view the severe segregation characterising Israeli society has a much more profound impact.

The actual geographical distance separating me from Bedouin youth my age was negligible, but the social spaces we occupied were worlds apart. The segregation was so intense that I never actually met, needless to say, played with, Bedouin children. I accordingly did not have any opportunity to hear their stories.

In contrast to Neve Gordon’s late awareness of the Nakba as he approached adulthood, Palestinian mother and activist Julie Holm describes how the Nakba is always a constant presence for Palestinian families:

In a posting Holm wrote May 16 for MIFTA (The Palestinian Initiative for the Promotion of Global Dialogue and Democracy) Holm described the Nakba and how it impacts the children of Palestine:

Yesterday Palestinians all over the world marked Nakba-day, which commemorates the forced exodus of hundreds of thousands of their kin after the establishment of the Israeli state in 1948. It is a day when Palestinians remember the fatal events 64 years ago and remind each other that they will not give up until Palestine is free.

Together with thousands of people I took to the streets of Ramallah, joined by a group of amazing women and their children.

Even my colleague and friend who is very pregnant and passed her due date defied the sun and the crowds of people to be part of this day. The children had only half a day of school which was reflected in the crowd where children, dressed in school uniforms, carrying Palestinian flags looked like they had done this a hundred times before.

A little girl walked by me wearing a hair band with a piece of yellow cardboard attached that had “We will return” written on it in Arabic.

Palestinian children grow up in a very politicized reality; they are affected by the occupation even before they are born. They grow up in a world of checkpoints and walls, a world where every family has had a family member who is or was in prison and where the only tool these prisoners have to get fair treatment is their empty stomachs.

They experience their land being stolen from underneath them and from a very early age have to deal with realities that no one should have to go through. Sometimes children themselves are arrested by the Israeli military, accused of throwing stones at heavily armed soldiers who are put there to prevent the children and their families from taking back the land that is rightfully theirs.

The stories Palestinian children hear from their grandparents are often memories of the villages they used to live in; villages they can no longer even visit, if they are there at all.

As a college student, professor and author, Neve Gordon has discovered the reality of the Nakba. His writing and teaching reflects this awareness.

In the Nakba piece he published Mahy 15, he writes that he fears for the future of his children growing up in Israel. He knows now what Julie Holm has always known. They are two parents on two sides of an ugly Wall of Separation who want only what is best for their children.

American church leaders who believe they can be neutral on the future of the children of Israel and Palestine, should reflect carefully on what Neve Gordon, an Israeli, and Julie Holm, a Palestinian, have told them.

There is no such thing as neutrality in a military-enforced occupation.

The picture at top is that of  young children in Palestine on Nakba day, holding large keys to symbolize the actual keys many Palestinian families continue to keep in their homes until the day when they are free to return to their original villages. It is from MIFTA.

Neve Gordon’s essay has also appeared in the Palestine Chronicle and Aljazeera. 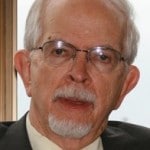 About the author: James M. Wall is currently a Contributing Editor of The Christian Century magazine, based in Chicago, Illinois. From 1972 through 1999, he was editor and publisher of the Christian Century magazine. He has made more than 20 trips to that region as a journalist, during which he covered such events as Anwar Sadat’s 1977 trip to Jerusalem, and the 2006 Palestinian legislative election. He has interviewed, and written about, journalists, religious leaders, political leaders and private citizens in the region. Jim served for two years on active duty in the US Air Force, and three additional years in the USAF (inactive) reserve.

View all posts by James Wall.