Home Veterans Phony Terrorism Through The Eyes of One of Us 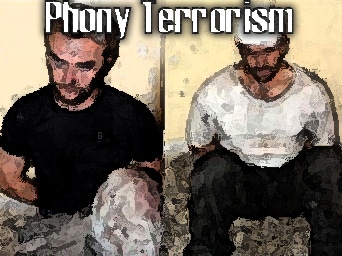 Where ARE These Bastards?

I am NOT suggesting ANY of this. All I’m doing is thinking out aloud, asking myself some questions.

That being said, please take a moment to THINK along with me. Just THINK about the utter absurdity of the government’s claim that the identities of the ultra-macho Navy SEALs who allegedly murdered Usama bin Laden have to be kept secret.

To protect our elite warriors from reprisals from Muslim terrorists, we’re told. Okay. But how about all our government brass responsible for writing LAWS that allow our elite warriors to continue torturing and killing tens of thousands of Muslims?

Surely these people’s’ identities are far from secret?

Take, for instance, Jose Rodriguez, the criminal who ran the CIA torture program.

This guy was recently on “60 Minutes,” fer chrissake!

After 9/11, Vice President Cheney was moved to Garmisch-Partenkirchen, Germany, to the George Marshall Center for Strategic Studies, to a secret secure VIP facility to protect him from terror attack. Every morning at 11 am, Cheney would walk down the main street of town to the Cafe Klatsche (owners now retired), where chef, Jens, would make him spaetzel and weisswurst for lunch. He had no security detail. A well known VT editor would, from time to time, help out in the kitchen and bask in the absurdity.

Or take John Yoo, who wrote the Justice Department memos giving the green light to torture, in violation of US and international law. Yoo is a professor at the Boalt School of Law at the University of California, Berkeley.

Yup, REALLY tough keeping THIS guy under wraps. As Paul Craig Roberts wrote in a recent article www.activistpost.com/2012/05/case-of-missing-terrorists.html: “Another easy mark for assassination [allegedly by “Muslim terrorists”] would be former Secretary of Defense Donald Rumsfeld, who staffed up the Pentagon with neoconservative warmongers such as Paul Wolfowitz and Douglas Feith, who in turn concocted the false information used to justify the invasions of Iraq and Afghanistan.

Rumsfeld himself declared members of al Qaeda to be the most vicious and dangerous killers on earth. Yet Rumsfeld, Wolfowitz, Feith, Richard Perle, together with neoconservative media propagandists, such as William Kristol and Max Boot, have been walking around safe for years unmolested by terrorists seeking revenge or bringing retribution to those responsible for over one million Muslim deaths.”

How come these well-known bigwigs freely walk the streets, unprotected, feeling perfectly safe, while their identities are KNOWN to the whole world?

How come these people aren’t targeted by the platoons of ‘evildoers’ who we’re told are EVERYWHERE? Does this make sense to you? For god’s sake, if the world were truly filled with all these Muslim maniacs, don’t you think by now they would have whacked all the KNOWN officials who frequently appear on television, traipse about the boulevards of America UNPROTECTED, going shopping with their families without a care in the world…dining out in restaurants…taking their kids to school…attending ball games?

A day doesn’t go by without these people’s smug mugs being emblazoned on some mass-circulation rag somewhere. Everyone KNOWS who they are. Their offices are public knowledge. Their home addresses aren’t state secrets. These people don’t have bodyguards. They don’t have security details.

How come we don’t have Muslim death squads roaming the streets of America gunning down this lot? We’re talking Big Game here, folks. Wouldn’t these types of “high-value targets” win the bad guys more kudos from Allah than just knocking off a handful of garden variety Sheeple? Besides, wouldn’t this be a lot less risky than trying to board airliners?

Look, if these Mooselim bogeymen really wanted to kill Americans by the hundreds, do you really think they’d risk queuing up at airport security checkpoints sweating bullets about getting caught red-handed with their explosives belts?

Why would these supposedly brilliant arch-villains whose buddies pulled off 9/11 run the OBVIOUS risk of getting nabbed before they even got NEAR their target aircraft? Wouldn’t it be so much easier — and efficacious — for these “terrorists” to simply walk into the middle of congested ticketing areas BEFORE they get to the scanners, carrying massive trunks full of their hot stuff, and then blow themselves up?

Surely this would GUARANTEE taking a few hundred infidel honkies with them? And how, then, will the “authorities” counter THIS new game plan? Set up scanners OUTSIDE airports? What happens if a guy then blew himself up in THAT crowd?

A checkpoint outside your front door? No, wait, DRONES!

Really, people. And re all these Al Quaeda meanies, why the fetish about airplanes? Is it the thrill of the ride? Or is it the quicker ride upwards from cruising altitude into the waiting arms of the hundred virgins?

Think about this: Instead of having to knowingly face armies of TSA thugs en route to the aircraft, why don’t these bad guys simply wear massive backpacks packed with Semtex and roam about unhindered UNDERGROUND in choked metro subway trains during rush hour? Piece o’ cake, no?

Or take buses during the morning rush? Or hang out in crowded city squares at lunchtime? Or cruise around busy shopping malls on weekends? Or sit in the middle of packed movie theaters? Better yet, rock concerts?

How about 4,000-passenger cruise ships in mid-ocean? Talk about a mother lode for Allah! Surely, you’d think these crazies could take out “infidels” by the thousands on a daily basis all across America!

Heck, we’re told these evil bastards are doing exactly this all over the Middle East, Afghanistan and Pakistan every day! Just ask Mossad. You’d think if these “suicide bombers” supposedly roaming around America were as efficient as their comrades elsewhere, by now they would’ve reduced the American population by a few million!

Have you ever heard of ONE bomb going off ANYWHERE in America? ONE?

So where are these bastards?

Please, THINK about this.

Why on earth would these chaps go through all the hassle of boarding one aircraft, when they could merrily blow up dozens of trains, buses, malls, theatres…? Does this make sense to you?

Besides, why pack their Jockeys with silly little half-cocked firecrackers barely sufficient to singe their balls, when the idea is to blow a gaping hole through the fuselage?

Ditto, dud sparklers in heels of shoes that only fizzle (remember that hapless twit?) If these turbaned camel-jockeys really wanted to bring down jumbo jets — by the dozen! — don’t you think all they’d need to do is ship their bombs around the world in innocent-looking boxes aboard Fedex, DHL, and UPS aircraft?

How about via the postal service?

All these “terrorists” would need to do is ship one small box per aircraft. Done. The skies would be raining Boeings. So how come they aren’t? Ever heard of ONE flaming freighter ANYWHERE?

Were they to take this route, there’s the added bonus of not losing a single member of their precious team of ‘suicide bombers’!

Aside from lowering attrition, you’d think that would be the smart way to go about their dirty business, no? Why screw around with flying lessons, forged passports, toasted testicles and the like? Hey, aren’t these the geniuses who, we’re told, were so brilliant that on 9/11 they outwitted the most sophisticated defense system in the world? Four times? And all in an hour? They evaded radar, grounded fighters, deactivated surface-to-air missiles, flew with more finesse than the finest jet jocks…

Hell, these supermen put Bond to shame. So how come this latter generation of Arab SEALs can’t even light their own flammable jockstraps with a match? And when they do try to light the fuse, they’re so unbelievably stupid they do it right in theirs seats!?

In plain view of everyone around them!? Why not simply meander back to the lavatory and let ‘er rip? Same with the ‘Shoe Bomber.” This clown, too, had to light his match for all the world to to see! Have the Sheeple become SO dumbed-down they actually BELIEVE this crap? What happened to all the world-class-genius bad boys? Why aren’t there more 9/11-type Einsteins signing up to carry on the great work of their martyred brethren, instead of letting these rank amateurs keep burning their balls?

Did the Muslim genius-terrorist gene pool suddenly dry up? Or were there only nineteen in the pool to begin with, and they all crashed and burned on 9/11? Where the hell are these goddamned “terrorists” we’re all supposed to be so bloody scared of? WHERE ARE THEY?! 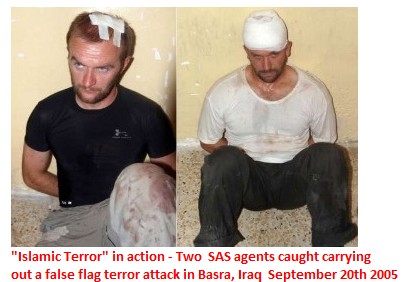 WAKE UP, FOLKS! “Al Qaueda” indeed. There are no terrorists. The Terrorists ‘R’ Us.

Just as with boiling a frog, the heat’s being turned up on you, v-e-r-y s-l-o-w-l-y… You’ll never know it ‘til after you’re cooked.

What do you think this brutish Police State you see rising up all around you is really all about? Your safety and wellbeing?

The idea is to fill the Sheeple with such dread, such anxiety, such petrifying fear…to get them so utterly terrified of the unspeakable danger that lurks behind every bush, at every turn, they’ll roll over and surrender to ANY edict, no matter how Orwellian, that’s thrown at them.

It’s all about CONTROLLING THE MASSES.

It’s about neutering your faculties of reasoning…Lobotomizing your ability to resist…Annealing your temperament to where your nothing but a puttied pawn on their grand chess board.

Its about total mass emasculation.

And they’ve finally got you exactly where they want you. All they’ve got to do to push your button now is yell “Al Qaeda!”

It’s as simple as that.

Please think about this the next time you find yourself at the airport getting your butt patted by some TSA pervert who’s got a wand in his other hand stroking your crotch checking for ordnance, with you standing there in your socks like a perfect fool before a gallery of equally docile strangers, arms and legs outstretched, clutching your little plastic bags of toiletries, unthinkingly acquiescing to every order blared at you by some martial moron working part-time between spells in the slammer.

Did you ever think such a ludicrous, pathetic, public caricature of yourself could ever have been possible?

Could you ever have imagined this kind of abject humiliation and deprivation of self-respect 20 years ago?

Did all this happen suddenly?

No. But you never saw it coming, did you?