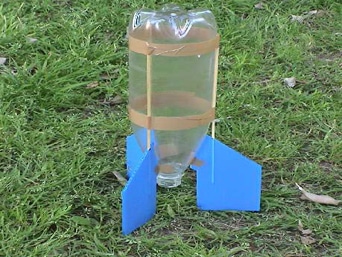 The United States has been ringing Russia with its Patriot Three missile defense system, called the Iron Dome by Israel.

The system itself, tested this spring in the Eastern Mediterranean failed in every way when used against potential missiles from either Iran or Russia.

A minor note:  Careful reading of the START treaty along with tracking the real rather than reported characteristics of this “new” system might well reveal the reprocessing of an earlier system, the SS20.

Were one to review the 1987 accord on Intermediate Range Ballistic Missiles, one might find our Russian friends in clear violation.

The “Squirmer” isn’t its real name, just one we made up.  War mongering, sociopathic behavior and murderous insanity need more humour and we are always willing to oblige.

Western security experts have quietly renamed the phony Israeli defense project the “Con-Dome,” for reasons only DARPA and DOD defense “nerds” are capable of understanding.

A little over a month ago, the German government tried to ship the new Patriot system to China for them to duplicate.  Instead, the Ukrainian crew fled to Finland

choosing prison.  Is there something wrong with the Patriot?  Were they afraid of reprisals, perhaps the infamous Chinese Water Torture, forerunner to the Bush/Cheney “waterboarding treatment?”

The American radar system was unable to discern missiles from “space junk” and warheads from chaff or debris.

The American claim, to defend the hapless and seemingly ignorant dupes of Poland, Slovakia and Moldova from the Iranian hordes heading their direction has pushed Russia to develop a new missile that, were the Patriot system to actually function, which it does not, to be outdated by more than two decades.

American missile defense, formerly known as the “missile gap” is now wider than ever.

Watch millions go up in smoke as a Patriot missile manages to do what it does so very well.

Be patient, we are going to let you have a look at a more colourful Russian fiasco in just a moment.  Anyway, as to the “new missile:”

Here is the trick:

Thus, the American system is useless, unless, of course, war breaks out between Moldova and Iran, nations that probably can’t find each other on the map much less face some sort of international impass leading to a possible attack.

In actuality, the only way for Iranian forces to actually reach any of the nations the US claims are under threat from Iranian attack is by commercial aircraft.  The real problem the Iranians would have would be getting visas allowing them to board planes and how to get their heavy weapons systems into the tiny overhead compartments.

We have asked the Canadian publication, the National Post, to comment on this and are awaiting their response.  They tend to specialize in the obscure conspiracy theory and flights of fancy.

Below is what we have to call the “BBC Scaremap,” meant to spread terror across Eastern Europe, a region of nations oblivious to the current highly theatrical and utterly fictional Netanyahu phantasmagorical warmongering.

We would tell you the name of the fearsome new Russian weapon with a tested range of 3700 km but, as yet, no name has been chosen.  Any suggested names should be forwarded to the Russian Embassy in Washington for consideration.  Another consideration, one not mentioned, is why Russia might want to attack Moldova.  At one time, Moldova had sold adulterated sweetened red wine to the Ukraine but as any wine expert will tell you that anyone who will buy a Cabernet based desert wine deserves what they get.

We have no response from the governments of Moldova or Slovakia.  We are certain, however, that they are on a high state of alert and are willing to joing any coalition, willing or not, to protect themselves from being having their history erased from the sands of time, a typical Iranian threat.

Israel has been on high alert since 1979, concerned about this history and sand issue although, as we learned from the Iran Contra hearings, the “extremist” government of Iran has, pretty much always, been buying arms from Israeli weapons dealers.

The following video helps outline some of the issues of that era including a few outrageous lies by President Reagan who used Israel for a conduit for his “under the table” dealing with what he termed to be “terrorists.”

Oh, the irony of it all, too much to bear.

Here is a photo of young Israeli’s likely to be bidding against Hamas.  Little do these young people know that they are writing backwards.

Names for the new Russian missile must be submitted by midnight, July 1, 2012.  A drawing will be held in Moscow, supervised by Victor Esin, former Chief of Strategic Rocket Forces whose design bureau is responsible for the new weapons system.  Thus far there have been two launches, one exploded on the pad.  For demonstration and amusement purposes only, the following video may aid in understanding current quality control issues:

One will note that fleeing Russian spectators tend to use English expletives.  Doesn’t anyone speak Russian anymore?