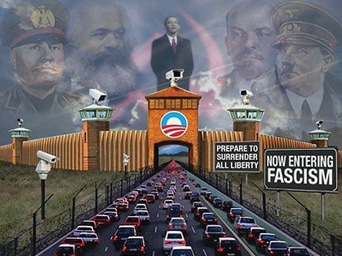 Chris Hedges may continue to contact the subjects of some of his articles without fearing a “droning” because a female Federal Judge defied the power mongers by ruling the horrendous National Defense Authorization Act (NDAA) is, indeed, horrendous.

US District Judge Katherine Forrest in Manhattan said in a written ruling that a single page of the notorious law has a “chilling impact on First Amendment rights.” We used to say: ”no shit, Dick Tracy!”

How dare she! Does she not know that we are under the Admiralty?

And such a ruling is breaking the good ol’ boy rules? Forsooth, burn the witch!

As reported by certain Constitution watchers, but not the bleeping fascist media: “She cited testimony by journalists that they feared their association with certain individuals overseas could result in their arrest, (or getting Droned) because a provision of the law subjects to indefinite detention anyone who substantially or directly provides support to forces such as al-Qaida or the Taliban. She said the wording was too vague and encouraged Congress to change it.

Indefinite detention, my ass, we all know these fascists will use the drones now that we have them encircling nearly everywhere—remember when we were called names for pointing out that “black helicopters” were watching?

“An individual could run the risk of substantially supporting or directly supporting an associated force without even being aware that he or she was doing so,” the judge added.

She said the law also gave the government authority to move against individuals who engage in political speech with views that “may be extreme and unpopular as measured against views of an average individual.”

“That, however, is precisely what the First Amendment protects,” Forrest wrote in Hedges v. Obama.

The fascist pricks had argued that the law did not change the practices of the United States since the Sept. 11 terrorist attacks and that the plaintiffs did not have legal standing to sue.

In March, the judge seemed sympathetic to the government’s arguments until she asked a government attorney if he could assure the plaintiffs that they would not face detention under the law for their work.

She called the fears of journalists in particular real and reasonable, citing testimony at a March hearing by Pulitzer Prize-winning journalist Christopher Hedges, who has interviewed al-Qaida members, conversed with members of the Taliban during speaking engagements overseas and reported on 17 groups named on a list prepared by the State Department of known terrorist organizations. He testified that the law has led him to consider altering speeches where members of al-Qaida or the Taliban might be present.

Hedges called Forrest’s ruling “a tremendous step forward for the restoration of due process and the rule of law.”

It was, indeed, precedent threatening in today’s climate.