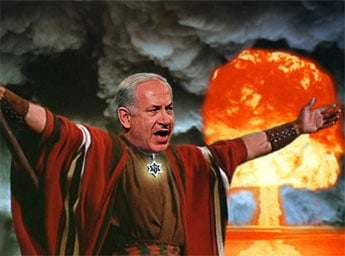 Today from east Jerusalem, Mordechai Vanunu issued the following Global invitation:  ”The court hearing June 6, Wednesday 11:30, Israel Supreme Court. It is open for all. See you there.”

Time will soon tell if The Media turns out for the Nuclear Whistle Blower’s latest historic trial, which is the first to be brought under Israel’s Citizenship Revocation Law:

But one thing for certain; the light on Israel’s Nuclear Apartheid- which could not exist except for US collusion has been relit by this candidate of conscience for US HOUSE here:

On 17 April 2012, Iran hosted a conference in Tehran on Nuclear Disarmament and Iran’s Supreme Leader, Ayatollah Ali Khamenei stated that nuclear weaponry was “haram” meaning prohibited under Islam and he also blew the doors off Israel’s and America’s nuclear deceptions in his statement:

“If America’s claims of fighting the proliferation of nuclear weapons were not false, would the Zionist regime be able to turn the occupied Palestinian lands into an arsenal where a huge number of nuclear weapons are stored while refusing to respect international regulations in this regard, especially the NPT?   “There is only one government that has committed a nuclear crime so far. Only the government of the United States of America has attacked the oppressed people of Hiroshima and Nagasaki with atomic bombs in an unfair and inhumane war, using or even threatening to use such weapons is a serious violation of the most basic rules of philanthropy and is a clear manifestation of war crimes.

“We believe that besides nuclear weapons, other types of weapons of mass destruction such as chemical and biological weapons also pose a serious threat to humanity. The Iranian nation, which is itself a victim of chemical weapons, feels more than any other nation the danger that is caused by the production and stockpiling of such weapons and is prepared to make use of all its facilities to counter such threats. We consider the use of such weapons as haram (religiously forbidden) and believe that it is everyone’s duty to make efforts to secure humanity against this great disaster.”

“This struggle is not only a legitimate one – it is a moral, inescapable struggle.   ”Already now there are enough nuclear missiles to destroy the world many times over [and] this issue should unite us all, because that is our real enemy. 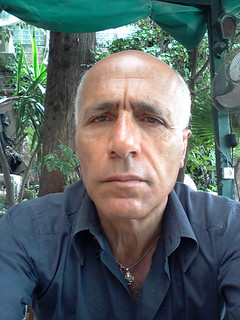 Anyone with a functioning Conscience would respond NO!

On 8 July 1996, the International Court of Justice issued this statement:

“The destructive power of nuclear weapons cannot be contained in either space or time. They have the potential to destroy all civilization and the entire ecosystem of the planet.”

States have obligations and People have rights!

In threatening military action against Iran, America and Israel are also in breach of Article 2.4 of the UN Charter, which requires that all UN member states “shall refrain in their international relations from the threat or use of force against the territorial integrity or political independence of any state.”

Interviews with current and former US and European officials with access to intelligence on Iran “contrast starkly with the heated debate surrounding a possible Israeli strike on Tehran’s nuclear facilities…The United States, European allies and even Israel generally agree on three things about Iran’s nuclear program: Tehran does not have a bomb, has not decided to build one, and is probably years away from having a deliverable nuclear warhead.

“Iran is not in breach of the NPT by engaging in uranium enrichment, so long as this activity is under IAEA supervision to ensure that no nuclear material is diverted for military purposes. That is the case at Iran’s uranium enrichment plants at Natanz and Fordow – and the IAEA has verified that no material is being diverted and that each facility is operating as declared by Iran in the relevant design document.” [1]

Israel has not signed the NPT and has never allowed IAEA inspectors into their WMD facility and “Vanunu told the world that Israel had developed between one hundred and two hundred atomic bombs [in 1986!] and had gone on to develop neutron bombs and thermonuclear weapons. Enough to destroy the entire Middle East and nobody has done anything about it since.”-Peter Hounam, 2003 for the BBC.

Because of America’s hypocritical foreign policy, we the people of America who tax payers are forced to provide over $3 billion a year in military aid to Israel, but not a whisper is heard from this Government in regards to sanctioning Israel– despite our enormous budget deficit–which has increased every year under President Nuclear Free Obama’s Administration, and he has increased even more US tax dollars to go to Israel than Bush ever did!

On 2 October 2009, The Washington Times reported that Obama agreed to keep Israel’s nukes ‘secret’ and reaffirmed a 4-decade-old understanding that has allowed Israel to keep a nuclear arsenal without opening it to international inspections!

“We also discussed the continuing threat posed by Iran’s failure to meet its international obligations. On this, we are fully united. We are determined to prevent Iran from acquiring a nuclear weapon.  We believe there is still time and space to pursue a diplomatic solution and we are going to keep coordinating closely with our P5+1 partners.  At the same time, we are going to keep up the pressure with the strongest US sanctions to date and the European Union preparing to impose an embargo on Iranian oil.  Tehran must understand that it cannot escape or evade the choice before it: meet your international obligations or face the consequences.” [2]

Despite economic sanctions and threats of military attack, Iran continues to refuse to meet what the US and its allies term “international obligations.”
Iran has been commanded to cease uranium enrichment which is its “inalienable right” under Article IV(1) of the NPT  “to develop research, production and use of nuclear energy for peaceful purposes without discrimination.”

“As a further confidence building measure and in order to provide the greatest degree of transparency, the Islamic Republic of Iran is prepared to engage in serious partnership with private and public sectors of other countries in the implementation of uranium enrichment program in Iran. This represents the most far reaching step, outside all requirements of the NPT, being proposed by Iran as a further confidence building measure.”

That offer was ignored, because the objective “was to put a stop to all enrichment in Iran. That has remained the West’s aim ever since, despite countless Iranian reminders that they are unwilling to be treated as a second-class party to the NPT – with fewer rights than other signatories – and despite all the evidence that the Iranian character is more inclined to defiance than buckling under pressure. But that missed opportunity need not prove lethal if the West can pull back now and join the rest of the world in seeing an agreement of this kind as the prudent way forward.” [3]

US trade with Iran has been negligible since the Islamic Revolution in 1979.

On 20 March 2012, Secretary of State Hillary Clinton was “pleased to announce that an initial group of eleven countries has significantly reduced their volume of crude oil purchases from Iran – Belgium, the Czech Republic, France, Germany, Greece, Italy, Japan, the Netherlands, Poland, Spain, and the United Kingdom. As a result, I will report to the Congress that sanctions pursuant to Section 1245 of the National Defense Authorization Act for 2012 (NDAA) will not apply to the financial institutions based in these countries, for a renewable period of 180 days.” [4]

America and its allies claim they want a Nuclear Free Middle East, but the focus is always on Iran who haven’t any nuclear weapons and its nuclear facilities are open to IAEA inspections despite Israel’s possession of up to “400 nuclear warheads with the ability to deliver them by aircraft, ballistic missile and submarine-launched cruise missiles and wipe any capital in the Middle East (and probably much further afield) off the map – and its nuclear facilities are almost entirely closed to the IAEA.” [5]

Article IX of the NPT affirms:

“Each Party shall in exercising its national sovereignty have the right to withdraw from the Treaty if it decides that extraordinary events, related to the subject matter of this Treaty, have jeopardized the supreme interests of its country. It shall give notice of such withdrawal to all other Parties to the Treaty and to the United Nations Security Council three months in advance. Such notice shall include a statement of the extraordinary events it regards as having jeopardized its supreme interests.” [6]

Iran indeed has grounds for withdrawing from the NPT while Israel, who is not a member of the NPT, is not breaching any “international obligations.

“  The UN Charter contains a set of international obligations, which all UN members are supposed to fulfill.   The most fundamental of all is in Article 2.4, which requires that all UN member states “shall refrain in their international relations from the threat or use of force against the territorial integrity or political independence of any state.” [7]

On 5 April 2009, President Obama stood on the world stage in Prague and admitted:

”As the only nuclear power to have used a nuclear weapon, the United States has a moral responsibility to act. When we fail to pursue peace, then it stays forever beyond our grasp. We know the path when we choose fear over hope. To denounce or shrug off a call for cooperation is an easy but also cowardly thing to do. That’s how wars begin. That’s where human progress ends.

“The voices of peace and progress must be raised together…Human destiny will be what we make of it…Words must mean something.”

Voice for peace and progress have issued a Global Call to Stop Israel Nuclear that will be delivered to the UN.