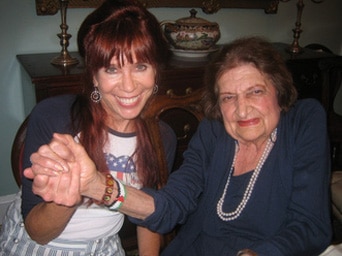 The second after I hit ‘submit’ my comment at: Obama aims to shore up Jewish support – Washington Times

The screen read: “Comment hidden due to abuse reports.”

Since I went online as a matter of conscience and in service to the American public in 2005, I have been incessantly cyber-slandered, censored, blocked, deleted and deactivated by many; but now that I am a candidate for US HOUSE the cyber battle has heated up even more so.

As all I have ever fought with are my WORDS, I repeat again my open invitation to all who accuse me of “abuse” and in particular those who claim I am an “Anti-Semite, Holocaust denier, Nazi, Commie” to READ me and cite proof to back up the slander.

In seven years, three books and over a thousand articles-NOT one has ever taken up that offer and my conscience remains clear that all I have ever done is speak the brutal truth; and thus the impotents resort to censoring/deleting/blocking and deactivating me instead.

My Comment at Washington Times that was denied the right to be read because particular people deemed me abusive was:

Peres is the Daddy of the Dimona and Obama is NOT acting in the best interests of THIS republic!

On 2 October 2009, The Washington Times reported that Obama agreed to keep Israel’s nukes ‘secret’ and reaffirmed a 4-decade-old understanding that has allowed Israel to keep a nuclear arsenal without opening it to international inspections!

In 2009 from Prague, Obama promised, “As the only nuclear power to have used a nuclear weapon, the United States has a moral responsibility to act. When we fail to pursue peace, then it stays forever beyond our grasp. We know the path when we choose fear over hope. To denounce or shrug off a call for cooperation is an easy but also cowardly thing to do. That’s how wars begin. That’s where human progress ends..The voices of peace and progress must be raised together…Human destiny will be what we make of it…Words must mean something.”

In 1963, when Mordechachi Vanunu was nine years old the Zionists came to his home town of Marrakesh and convinced his Orthodox father to abandon his general store and pack up the first seven of his eleven children for the land of milk and honey.

Instead, the Vanunu’s were banished to the desert of Beesheva, an ethnically cleansed Palestinian village.

By September of 1986, Peres was convulsing over Vanunu, who had been employed as a lowly tech in his progeny; Israel’s clandestine underground nuclear weapons centre in the Negev called the Dimona.

Peres ordered the Mossad, to “Bring the son of a bitch back here.”

Peres ordered Vanunu’s kidnapping that included a clubbing, drugging and being flung upon an Israeli cargo boat back to Israel for a closed-door trial, 18 years in jail and ever since 24/7 surveillance, as well as another 78 days in solitary confinement in 2010, the outcome of his FREEDOM OF SPEECH Trial and punishment for speaking to foreign media in 2004.

To THIS day Vanunu is still waiting for his right to leave Israel!

When he was nominated in 2009, Vanunu wrote the Nobel Committee:

“I am asking the committee to remove my name from the nominations. I cannot be part of a list of laureates that includes Simon Peres. Peres established and developed the atomic weapon program in Dimona in Israel. Peres was the man who ordered [my] kidnapping and he continues to oppose my freedom and release. WHAT I WANT IS FREEDOM AND ONLY FREEDOM I NEED NOW.”

In 2005, I began a series of interviews with Vanunu and he told me what every American needs to know:

On 18 March 2012, Vanunu wrote, “the way to prevent any war with Iran is By demanding, making many programs about Vanunu’s Freedom now struggle, and publishing again all the interviews, Videos, and Dimona Photos. Telling Israel the first step in the Path for M.E. disarmament is let Vanunu go NOW!!”

According to the book “Israel and the Bomb” by Avner Cohen, Peres played a key role in the Israeli nuclear weapons.

According to declassified documents published by scholar Sasha Polakow-Suransky in 2010, Peres even offered to sell nuclear-tipped Jericho missiles to Apartheid South Africa.

According to the book “Divert” by Grant Smith, part of the clandestine Israel nuclear program even involved stealing US government-owned nuclear material from the NUMEC plant in Pennsylvania. This occurred while Peres was in charge.

Americans have been given the right to address their grievances to elected officials, but the only way to address the hypocrisy in high places is to persist to expose it every chance one gets.

Although Bill Nelson is one of my senators, he does not represent me and on Wednesday, Bill emailed:
Dear Mrs. Fleming:

I have had the privilege of knowing President Peres for many years. His courage, faith, and commitment to peace is unmatched.

As one of Israel’s founding fathers, President Peres has done so much to forge the steadfast U.S. – Israeli relationship that both our great countries enjoy today.

I hope you’ll join me in congratulating and honoring President Peres today.

In good conscience I cannot!

Mordechai Vanunu, Mainstream Media, Wikipedia and a PS: To the Book Publishing World

On 6 June 2012, I updated Vanunu’s WIKI page under Arrests and hearings:

On 6 June 2012, Mordechai Vanunu’s petition to renounce his citizenship was denied by Israel’s High Court of Justice due to the fact it wasn’t submitted to the appropriate channels.

Vanunu responded: “The High Court of ‘Justice’ denied My petition to renounce Israel citizenship due to the fact it wasn’t submitted to the appropriate channels. It take over a year before The ‘Justice’ system informed Me and my lawyers of the ‘appropriate channels’ so now my lawyer will follow these instructions and will submit new petition.” <78>

For a few hours footnote 78 linked to my article at <salem-news.com>

When that disappeared I tried again to link it to THE SOURCE:

Vanunu himself and more on this can be read here.

On 6 June 2012, the High Court of Justice denied Vanunu’s petition to renounce his Israeli citizenship. Vanunu said, “I want them to revoke my citizenship so that I can begin my life.” [78]

Footnote 78 now leads to YNET, but only those that follow it will learn the rest and most important part of the ongoing abuses against Vanunu:

“The High Court of Justice has denied nuclear whistleblower Mordechai Vanunu’s petition to renounce his citizenship due to the fact it wasn’t submitted to the appropriate channels.”

A few other attempts to silence me that also FAILED:
Eileen Fleming is NOT on Facebook since she was Deactivated: Read more…