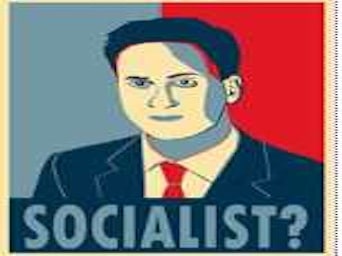 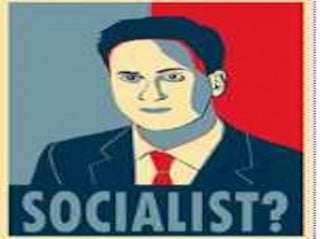 In a desperate attempt to capture the imagination of patriots and nationalists, Labour leader Ed Miliband today promised new measures to prevent the British people being “locked out” of their own jobs by foreign workers. But what jobs is he talking about? Everyone knows there are no jobs. For forty years now, all British governments have gone out of their way to dismantle any manufacturing in this country and with devastating results – British industry and engineering belong to the past and the British governments have done little to change the situation.

Desperate to maintain his political relevance, Milliband distances himself from his predecessor, Gordon Brown’s, rhetoric. He (Brown) went on record saying: “I am not going to promise ‘British jobs for British workers’”. Here, I must mention, that the reference to ‘British workers’, used so often by Labour politicians, is obviously and completely out of date. Our elected politicians care nothing for the ‘worker’. They are far more interested in transforming those who used to be workers, into consumers. In fact, all Western governments are there to regulate consumption and are therefore, openly and completely submissive to big monopolies and global interests.  Accordingly the rest of us, immigrant or a native, have but one simple role in life: to buy, or more accurately, to spend money we don’t have.

‘Immigration’ is obviously another spin. The real problem in Britain and in the West in general is pretty obvious. We are paying a heavy price indeed for the fatal collapse of manufacturing. We hardly produce anything and, as time passes, lose any chance to ever produce anything again.

Milliband picks on immigration because he is, quite simply, a banal populist. He longs to appeal to some imaginary British national collective. At first he is apologetic: “Why didn’t we listen more?” he says as if he, Ed Milliband, could ever manage to listen. Then, he ‘empathises’ with the weak: “We lost sight of who was benefiting from that growth – and the people who were being squeezed. And, to those who lost out.” As the son of an immigrant Jewish cosmopolitan socialist, I would expect nothing less of Milliband than to transcend himself beyond any such fake, righteous British tribalism.  If Ed Milliband really cared about the ‘squeezed’ then he would be perhaps a universalist and care about all those who fall behind – both indigenous Britons and immigrants.

Ed Milliband speaks about ‘immigration’ today because to him, the very concept of production and manufacturing is alien.  It is so much easier for his lame mind to appeal to the lowest form of British xenophobic feelings.  But the truth is, as ever, quite simple: if Britain wants to save herself and to stand again on her own two feet, she must flee the service economy and pursue real production that would imbue the presently archaic notion of ‘British worker’, with a new and vibrant meaning.

The Wandering Who? A Study Of Jewish Identity Politics, phony socialism and more..