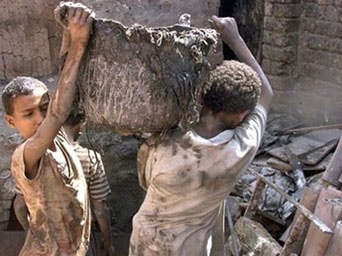 I thought the original title “ The Failing Arabs” would be too offensive to a very proud people and nation. People who pride themselves with a rich history enriched by Islam and an Islam enriched by diverse cultures, civilizations, and faiths. The Arab world at one time was a unique and rich mosaic of cultures, faiths and civilizations and yes, success. Sadly all that disappeared.

Nasser failed nationalism lost the Arabs Palestine, Jerusalem, and the Golan Heights. Split the Arab world between “nationalists” and “reactionaries” and instigated a rash of military coupes plunging the Arab world into chaos and military dictatorship that is the source of all evils and failures in the Arab world.

The rise of military and party dictatorships in countries like Egypt, Iraq, Syria, Yemen, Libya, Sudan, Algeria and Somalia plunged the Arabs into a spiral of failures, of poverty, proxy wars that costs trillions and cost the lives of millions, bankrupting the nations, plunging the nations into civil wars and inviting a second wave of foreign occupations and colonialism.

Such leadership not only looted the country, creating a class of “elitists military and party parasites”, they ruled with an iron fists, creating nations of fears, no different from the former Soviet republics, with extensive use of security police and substantial networks of informers and prisons, with security and “unintelligent” forces ruling and managed every thing from neighborhood bakery to universities to textile factories.

Colonialism was replaced by “nationalistic dictatorships’ with loss of freedom and liberties all in the name of national liberation, steadfastness and resistance to colonialism. Poor Palestine, it was the excuse for all of the pain and suffering Arabs had to endure, with Nasser, Assad, Saddam, Bashir, and Kaddafi are but few who championed Palestine. Of course we must not forget that little dictators and fraud Arafat.

These military dictatorships instead of investing in education, health, infrastructures, they decided to invest trillions in a military that at best can be described as incompetent, inefficient, more for parades than winning wars, of course except when put to use against the people. None of the major Arab armies ever won major wars.

Investments in a failed military took priorities over investing in people and one can see that clearly in the case of Yemen where close to 50% of the people below poverty line, with hundreds of thousands of children going hungry and millions unemployed, with Sudan and Egypt no different.

Now and for the last decades there is a rise of fiery brand of “Islamism” no less dangerous than “Arab nationalism” with emphasis on militant “jihad”, segregation of women and men in the name of purity and morality, with emphasis on fashion style rather than substantive value system of modern and scientific education, pursuance of excellence and human development with strong push for religious schism between Sunnis and Shiites, and the use of ignorance, illiteracy and terrorism as a mean to an end.

I write this as I recall a featured article that appeared in the Economist Magazine of July 4th, 2002 “in which a group of Arab scholars explain why the region lags behind much of the world development”.

I continue to wonder to day, asking the same thing. Why and why and how? How can a rich a region, with rich history of education, knowledge, science, diversity, civilization, culture, abundance of natural and human resources, can descend to such levels of poverty, unemployment, illiteracy, violence, poor infrastructures and housing, substandard hospitals and services, failing educational system, never ending bureaucracy that humiliate citizens (ops subjects) and empowers corruptions. And were bribery commissions, and looting the national treasury are virtues.

I always wondered what if the hundreds of billions spent on the Iran-Iraq war was invested in the people and in the infrastructure. I also wonder what if the trillions spent on the Second Gulf war was also spent in developing the Arab world investing in education, knowledge and research institutions? I also wonder what if Saddam and America’s Neocons did not facilitate the Iraqi war and Iraq’s occupation.

I also wonder what would happened if the hundreds of millions invested by Alqaeda and Islamic terrorists in suicide bombings and bombings of schools, markets and mosques were invested in schools, clinics and housings in countries like Yemen and Iraq? And wonders what contributions the more than 200,000 that died in Algeria, or the 100,000 who died in Libya and the tens of thousands dying in Syria could have contributed to the nations?

However with all of this gloomy picture and history, there is hope. There is hope in the young people who made the “Spring” possible. And those who believe the Arab world is not an “Arab” or “Muslim” world, but a world of Arabs, of Amazighs, of Kurds, of Muslims, of Christians and Jews. Where the common unifying factors not nationalism or ethnicity or faith but a common value system of freedoms, of liberties, of equal opportunities, quest for excellence, knowledge and education. Of building quality future, life of dignity, equality and equal opportunity were people are citizens not subjects. The New Renaissance is here and now.