Home WarZone Voices of the Dead – Wisdom and Warnings 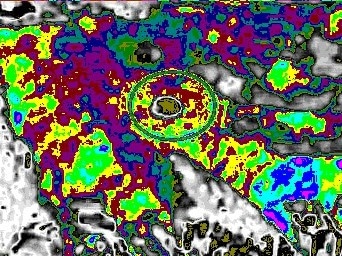 Reverse Engineering of AVCs – Alien Visitation Craft – Has Been Going on for Decades. Bill Pawelec Left Us an ‘Interview in a Bottle’ Before He Died.

Dear Folks, A little change of pace in the format today. Instead of a strong lead in I will start with a little warmer upper because I have not done a VT Movie Night since my film trip to New England.

This is a poignant two minute Jim Dean Vimeo pick that I bumped into and saved when I was out hunting film material for my VT folder.  I decided to use it for it’s artistry, the universal message, and because I have a very heavy video Bill Pawelec video coming after it, a journey.

The second will be a change of format also, as we almost never post a one hour video. So you know this is special as nothing can replace getting the story from the horse’s mouth.

But first let’s enjoy two minutes of peace and bliss before we enter the lower depths. Those of you who are unaware of these super black projects, it will change you if you are not a rock.

Breaking format again I will give you the ending first, a quote from Charlie Chaplin which fit perfectly…and when you finish the piece I hope you will understand why I chose it.

Not long ago we published the first forensic proof of a confirmed UFO over South Korea. Those that work on them use a different acronym…AVCs. We had the video that was shot by a passenger in a passing plane authenticated, a favor which will have to be returned someday. Here is one of the frames.

Below is the interview from 2001 that Bill Pawelec restricted to not being made public until after he died. He had had a good friend murdered by ‘them’. You have my Jim Dean guarantee that it is worth an hour of your life.

This is an archival video interview, neither shot or edited for entertainment , so you have to hang in there as they give you the background and framing for what comes later.

Most of our VT readers know what a mess the world is in, regarding the powerful and dark forces are operating in the background. Pilots, astronauts and Intel have been talking about UFO’s for decades. But that is not why we decided to begin publishing this material on VT.

What brought us over the tipping point is we learned that ‘they’ had been killing people whom they felt were getting too close to them.

We have a lot of Intel people here, and they all know that powerful people and groups do not kill people for nothing. It’s considered unprofessional. It also exposes that they have made a move, that they are sending a signal to others, and I can assure you that people get it.

How about a former head of State Department security being murdered? No, you have never head about it…car crash in Kenya. The Brit who T-boned him with the heavy SUV vanished after being taken to a hospital. All of his I.D. was fake.

Why has the public never been told about this ‘problem’. First, if people knew they would want to know where all the money came from to fund these super black projects, and that would make you VERY unhappy.

And second, you would demand that government do something about it, and that would make them VERY unhappy. They are either scared to death, or hoping that being with the winning team will be a lifeboat for them when crunch time comes and the Quisling applications are handed out.

Bill Pawelec is going to share from the grave some of what he learned during his career as a security tech whiz that for many years designed and installed all kinds of security systems at top secret facilities which included black projects.

Steven Greer shot this interview in 2001 with the condition that it would not be made public until after his death.

Apparently no provisions were set up for timely notice of death so Pawelec’s widow did on notify Greer of her husband’s death in 2007 until 2010 when what you are going to see was released. I first saw it last night.

If you don’t have time for an hour I suggest you save the link until you do. I watched it in two parts myself, half last night and the rest this morning.

Steven Greer shot a lot of interviews on this subject with high level people with the same condition, hold till I die. There are many concerns with earlier release as all know of the KIAs.

But most don’t even do what Bill did, so we are grateful to him, his family, and Steven Greer for his yeoman’s work in doing something like 500 of these kinds of interviews.

So here is Bill. It’s his time now. He earned. It’s our turn to carry the flag down the road. I won’t close with saying enjoy watching. It is not enjoyable, but something that we need to do to have any chance of figuring out how to get control back over our own lives.

That’s it for today, but more will be on the way. There is so much more.