Home Government In Solidarity With Evelyn Garcia for Giving U.S. Some Truth 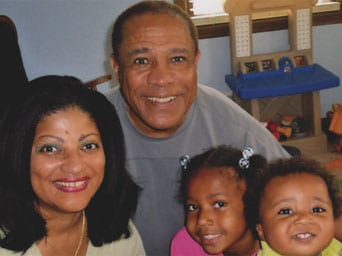 The Democrats are embroiled in a Battle Royal over a series of 2011 email’s from Evelyn Garcia, a candidate for State House, District 88, that began when she forwarded an email from Code Pink, “Time for a New Middle East Policy.”

Garcia wrote, “By supporting Israeli occupation with US foreign aid, we are all complicit and guilty of their crimes against humanity. And, I deeply resent US taxpayer funds being used to continue Israeli aggression (yes, confiscating other peoples’ land and building illegal settlements is aggression), not to mention ‘incursions’ that kill PEOPLE, destroy civilian homes and infrastructure all over, mass concentration prison camps, etc,etc,etc.”

Loren Londner, one of the recipients of the emails, made the emails public claiming, “When I heard this person was running for office, I felt the public should know about the emails. This kind of speech almost qualifies as hate speech. This should be made public no matter who the person is or what their party.”

I am in solidarity that this discussion is most necessary, but I dissent from what Londner claims is “hate speech” for I call it truth telling!

As a candidate of conscience for US HOUSE of Representatives, D. 5, Fl., who has been to the State of Israel and throughout the Land of Palestine, seven times since 2005, I begin by citing Israeli peacemaker Jonathan Ben Artzi, who is a nephew of Israeli Prime Minister Benjamin Netanyahu:

“Sometimes it takes a good friend to tell you when enough is enough. As they did with South Africa two decades ago, concerned citizens across the US can make a difference by encouraging Washington to get the message to Israel that this cannot continue.”

“If Americans truly are our friends, they should shake us up and take away the keys, because right now we are driving drunk, and without this wake-up call, we will soon find ourselves in the ditch of an undemocratic, doomed state.”

“An ethnocracy is the opposite of a democracy, although it might incorporate some elements of democracy such as universal citizenship and elections. It arises when one particular group-the Jews in Israel, the Russians in Russia, the Protestants in pre-1972 Northern Ireland, the whites in apartheid South Africa, the Shi’ite Muslims in Iran, the Malay in Malaysia and, if they had their way, the white Christian fundamentalists in the US-seize control of the government and armed forces in order to enforce a regime of exclusive privilege over other groups in what is in fact a multi-ethnic or multi-religious society. Ethnocracy, or ethno-nationalism, privileges ethnos over demos, whereby one’s ethnic affiliation, be it defined by race, descent, religion, language or national origin, takes precedence over citizenship in determining to whom a county actually ‘belongs.'”-Page 74, “An Israeli in Palestine: Resisting Dispossession, Redeeming Israel”

As an endorsing organization I attended the first day of CODE PINKS 2011 Move AIPAC Over Conference, but I blew the rest off because I am Too RED to be PINK, so instead I reported from The Belly of AIPAC’S Conference, as an Exclusive to VT.

PLEASE READ it here and help keep this conversation going: